Diggin In The Archives 4

Diggin into the archives bring back lots of mostly good memories but some of these artists have done so much brilliant street art that picking just one or two highlights is cruelly dismissive of their street opus. Another week of suspended animation has rolled past so here we go with the 4th collection of flashbacks trawled up from a long forgotten sector of the hard drive.

Anthony Lister did quite a number of stunning superheroes and faces over a number of years and a number of visits. It was quite easy to miss that Lister was parodying the Banksy in Cargo with this piece. Responding to the Banksy piece Lister declares himself over stencils and certainly now with the advent of muralism and greater tolerance of street art the old fashioned single layer stencil is nothing like as common as in the old days. 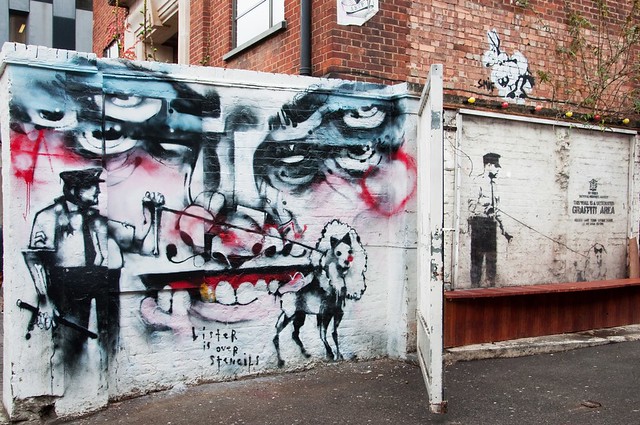 
Industrial revolution superhighway meets imaginative Sweet Toof vandalism. Although not terribly far away, the location was quite different to the usual Shoreditch street art beat. 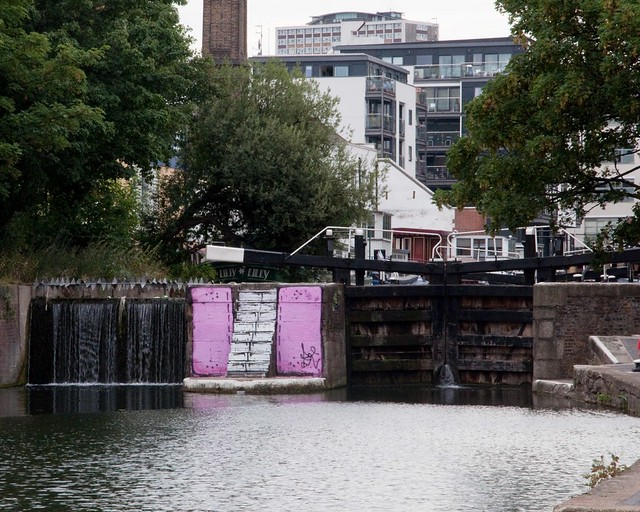 
Louis Masai has done a phenomenal number of projects and art campaigning in support of species preservation and the environment generally. These two are the earliest Masai artworks I found on the streets, dating from late 2011. This blast from the past surfaced on the annual Earth Day last week. One planet, one love, one chance. 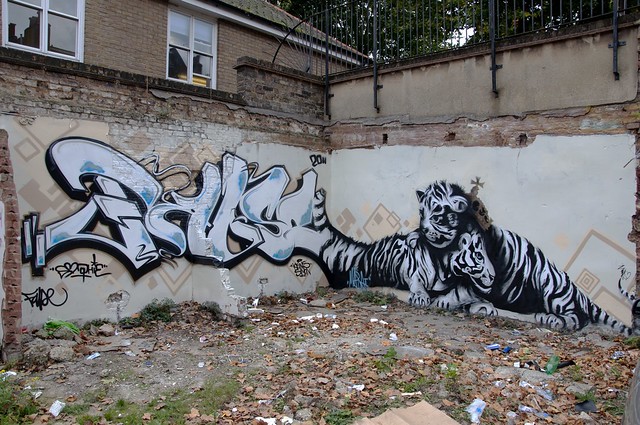 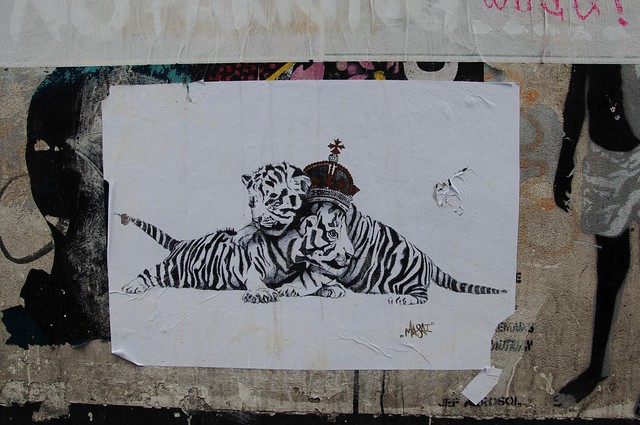 
One of my lockdown distractions has been reading JR’s “Can Art Change The World”. The first time I came across his Inside Out project was this large mugshot on Redchurch St in 2011. The idea was that you sent JR a photo, he would print it and send it back to you and you had to paste it up on the wall. You may have had to send a photo of it in situ back to him. The self imortalising person in the photo is Ross T. The juxtaposition of Ross’ #insideout portrait with Ron English’s speech bubble was too good to be mere coincidence. Rock The Mouse was a shutter relic from a 2009 Mickey Mouse by Yan77 from Chrome and Black shop which used to be across the road. 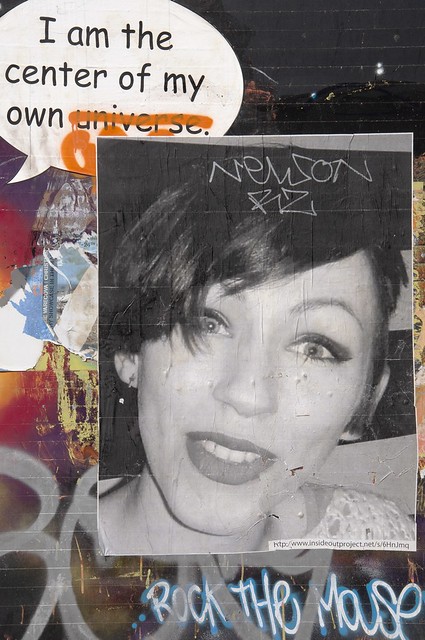 
There are many artists whose style, ability and creativity have evolved dramatically over the years such as Airborne Mark, or The Pilot as he was known back in 2009. The first photo comes from a hoarding under the Westway where Garfield Hackett and Mutoid Waste staged One Foot In The Grove in 2009. Looking back through my archives One Foot In The Grove was a stunning event, I pass that location on the tube every time I go to QPR and never fail to peep into the space under the flyover and think of that show. 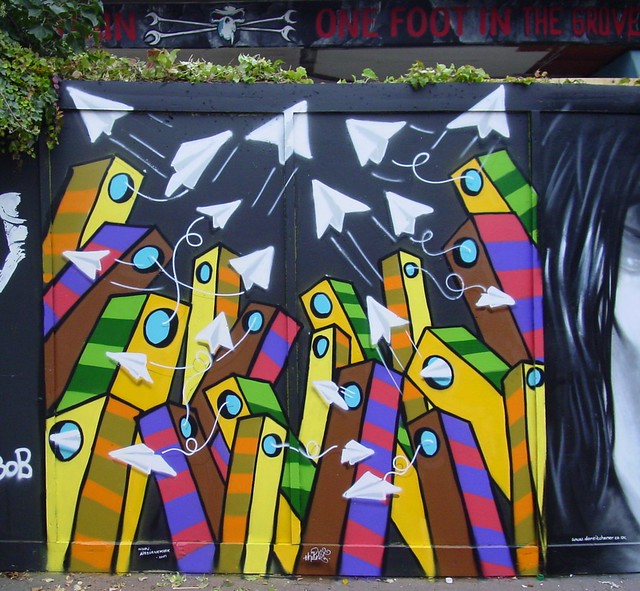 
Airborne Mark was an OG mid 80s graffiti writer, this specimen of his graff was in Leake St back in 2008. 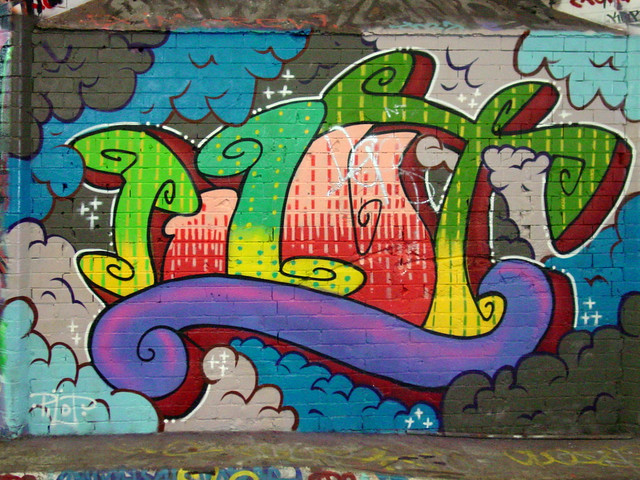 
As a reminder of how far Airborne Mark has come, here's a gorgeous specimen of his origami folds painting style today. 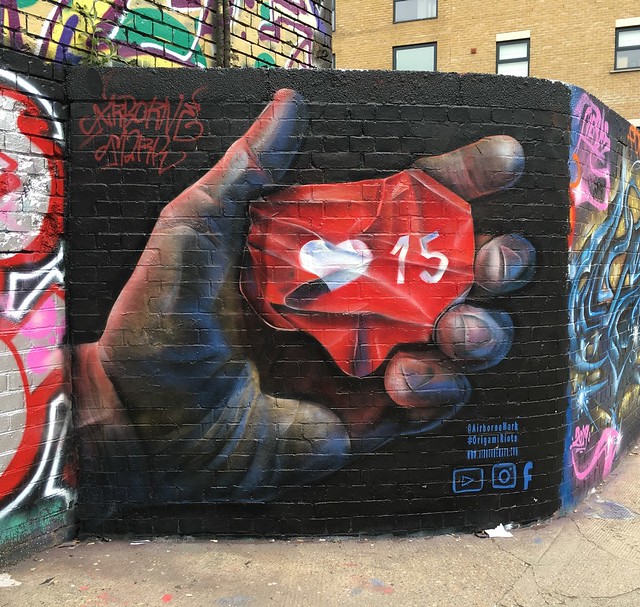 
Sometimes it’s about the beauty, the drama or the politics of the street art; sometimes it’s about being in the right spot at the right moment. Monsieur Qui has visited Shoreditch a few times, leaving just a few tantalising illustrations to hunt down each. Love the art, love the bird nesting in the passerby’s topknot giving extravagant coiffure's to both art and life. 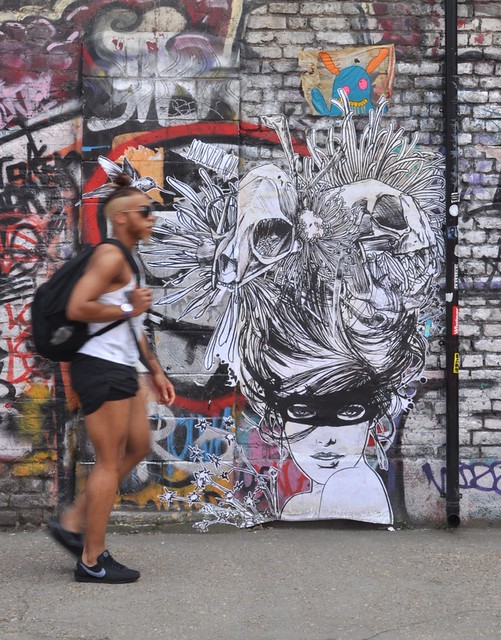 
Saki and Bitches’ voluptuous temptresses appeared in some pretty eyecatching spots. Given Saki’s home country is Japan, the influence of Japanese art and use of Japanese subjects in Saki’s work, the appearance of “Tokyo Rising” alongside this Saki’s sturdy study of feminine charm was pure chance. Saki held down this elevated high street spot for several years. 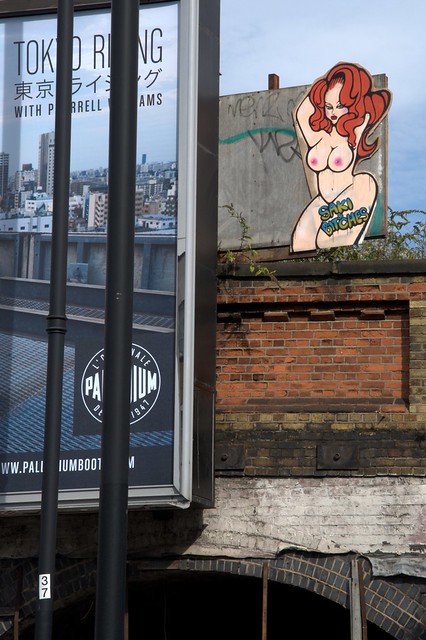 
I'll try to make time for daily blasts from the past this week but I'm making no promises ok. Check out the previous weekly compendiums: DITA 1, DITA 2 and DITA 3

Art credits and links are by each photo. All photos: Dave Stuart
Posted by NoLionsInEngland at Sunday, April 26, 2020