Sweet Toof back, with friends


If there is one thing Shoreditch has lacked in the past few years it is the regular sightings of shocking pink gums and pearly teeth from Sweet Toof, the last proper dental checkup around Brick Lane was a paste up bombing session with Insect in 2013. 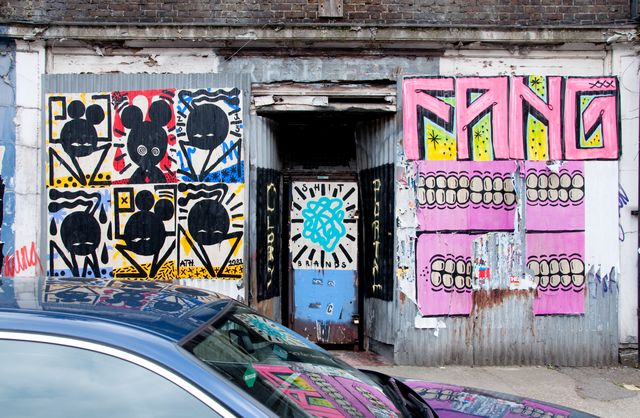 
Last Christmas a glorious selection of shutter paintings appeared in Dalston around the time of a joint exhibition with Rolf Carl Werner at the BSMT Space. The Graffoto review of that show (here) has a selection of some Sweet Toof street art classics and indeed it neatly makes the point that Sweet Toof loves a collaboration. 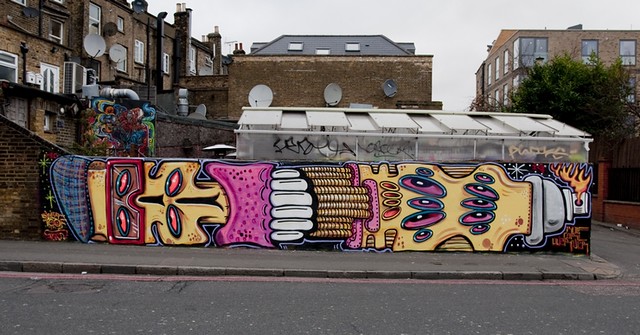 
The link to BSMT is significant as last week at Moniker Art Fair (here) BSMT exhibited for the first time in an art fair environment and their eye catching display included work from the aforementioned molar magician. 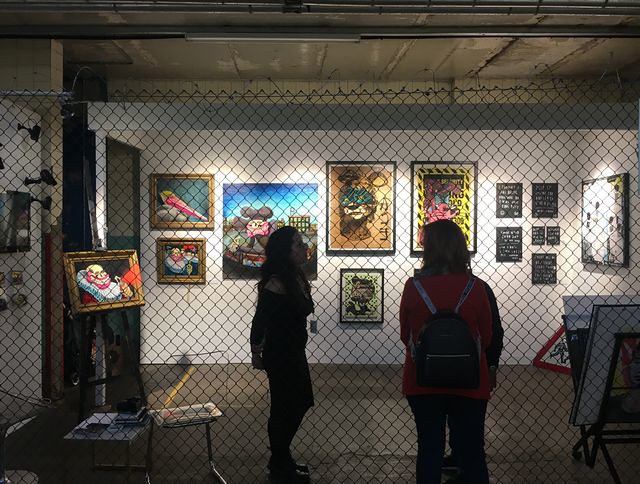 
Sweet Toof’s presence in the Brick Lane area has resulted in several spots receiving a new set of snappers starting at the top end with the Brick Lane Gallery now sporting a Salt Toof Beigel facade to match the famous Beigel shops opposite. 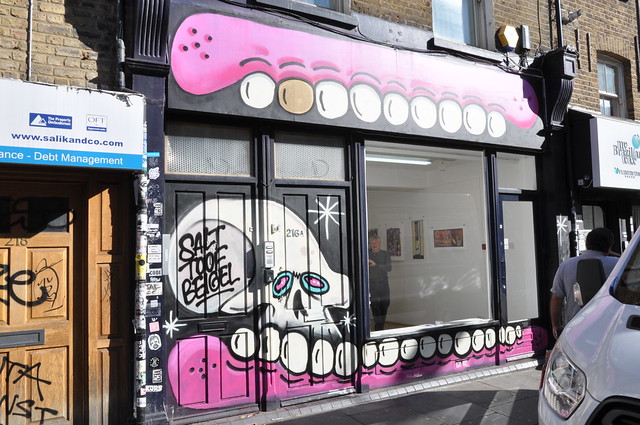 
Skewville was also spotted hanging around Moniker Art Fair (here) and this is significant as Skewville and Sweet Toof have previously connected in London and NY with each hosting solo shows for t’other in their respective cities. Skewville’s “Slow Your Roll” show was held at High Roller Gallery (covered here) whilst Sweet Toof took a bite out of the big apple at Factory Fresh. 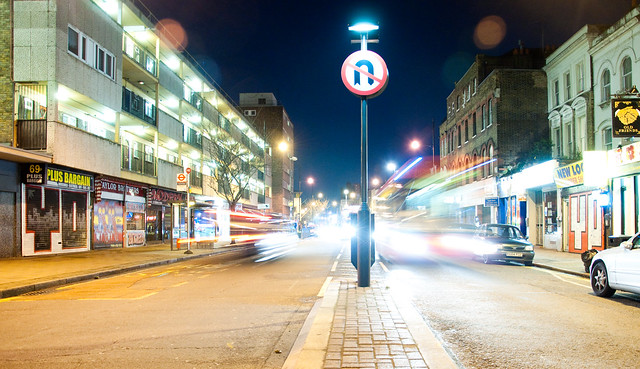 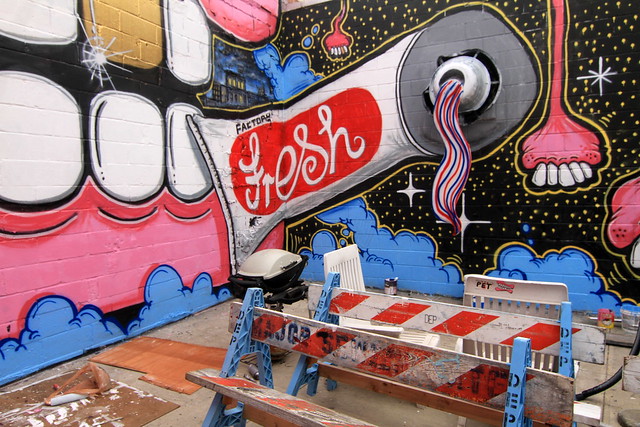 
Brick Lane saw them collaborating on an old Sweet Toof spot, Skewville giving it a big New York “YO” over the full Sweet Toof set. 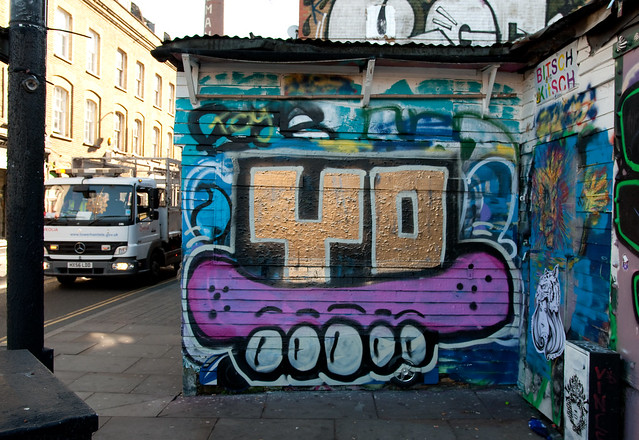 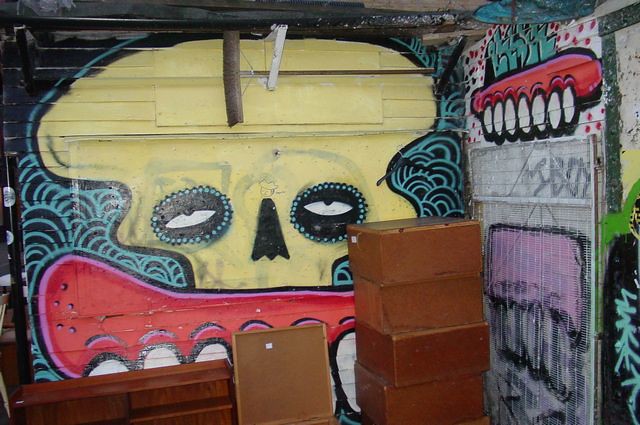 
Back in 2008 Sweet Toof turned a hostile fencing feature into a set or razor sharp incisors, which lasted into 2014 and has now been reclaimed. 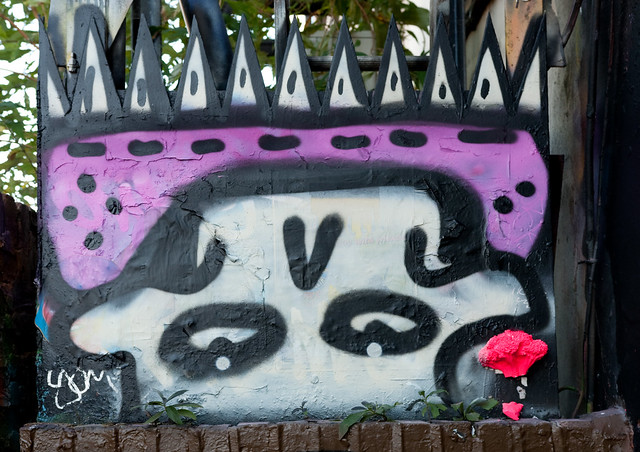 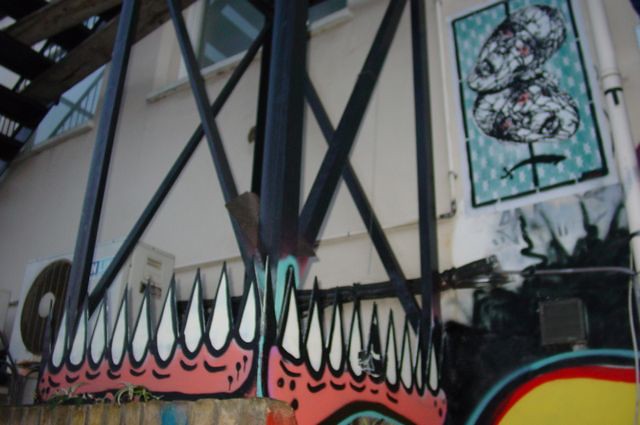 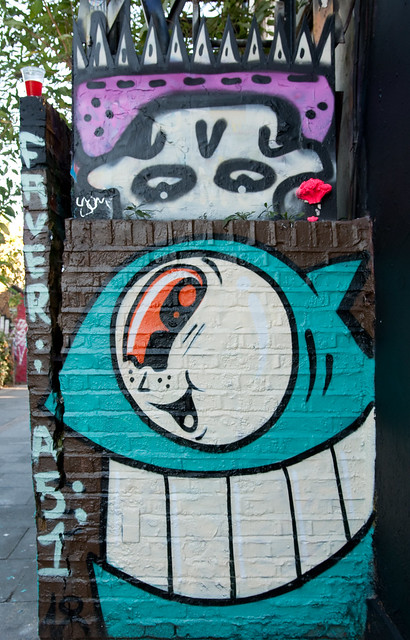 
In years to come people will sigh wistfully as they recall seeing Sweet Toof, Pez and Nylon on the same wall in an alleyway.

The biggest buzz for a street art spotter comes in chancing upon a significant piece of street art by a favoured artist and turning into the alley leading into the Seven Stars Car Park on Tuesday this huge set of gnashers was found. The teeth are by Cash4 and Skewville, and it was news to us that Cash4 was in London. 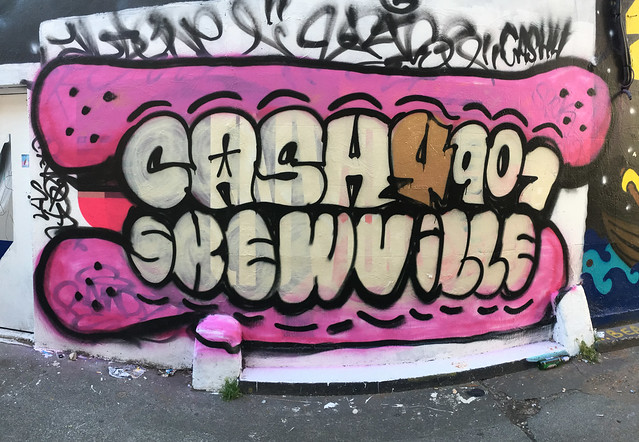 
The significance of this spot for Sweet Toof spotters is that this alley way was once grazed by a massive Lenny Highroller by Sweet Toof and his Burning Candy mates and this did last years. 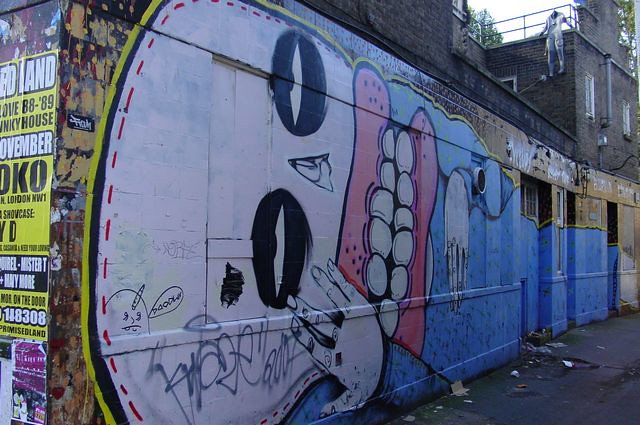 
SO Sweet Toof does some business reclaiming some old spots, collaborates with old friends and hooks up with NY muckers.  Meanwhile, Skewville's invasion of London was put to good use with some of his old spots getting a fresh pair of screen printed converses.  As always, look closely. 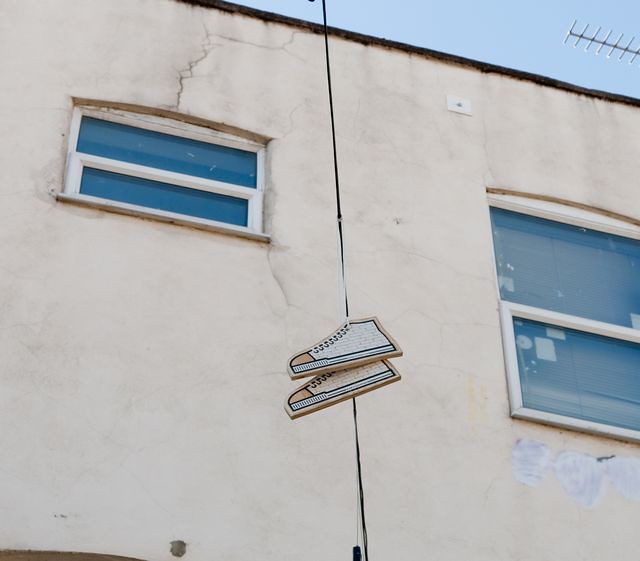 
Dentists recommend you get your teef checked once in a while and Sweet Toof’s Instagram reveals more molar imagery that has been added in East London locations this week, something to track down and check out.