all photos: Dave Stuart aka NoLionsInEngland


For decades stencilism has had a defining role in many movements from the student politics of the 60s to anarchic punk in the 70s through to its big moment at the heart of the street art culture in the late 90s and 2000s. The latter was due in no small part to Banksy and in 2008 he himself played a big role in expanding the vision of the UK street art culture to a broader range of stencil artists when he staged Cans Festival in London, a stencil extravaganza which introduced many stencil artists pretty much unknown within these shores and in doing so paved the way for several years of solo shows by quite brilliant exponents of the form. 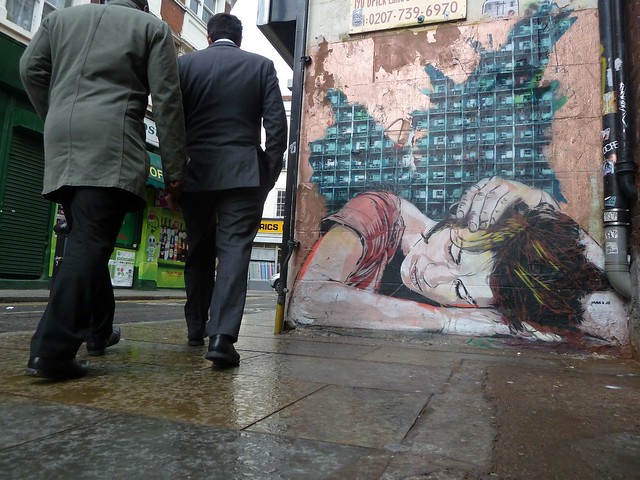 
Out went flat single layer comic-political stencilism and in its place came more complex multi-coloured stencils with a much more obvious case for proclaiming itself as “Art”. 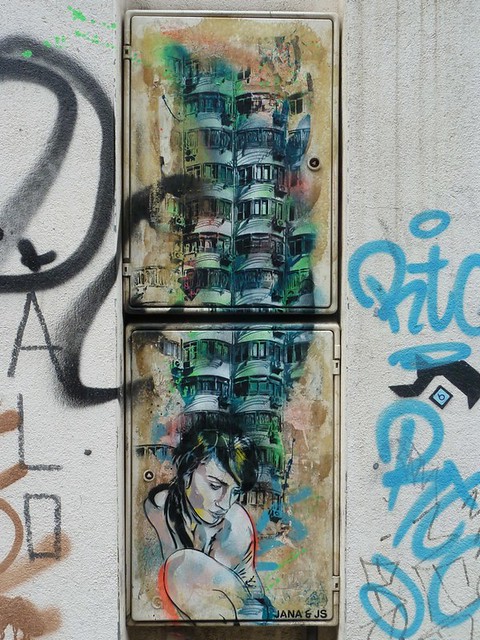 Jana and JS have been working together as artists for about 10 years though it wasn’t until 2012 that they first put up stencil art in London. 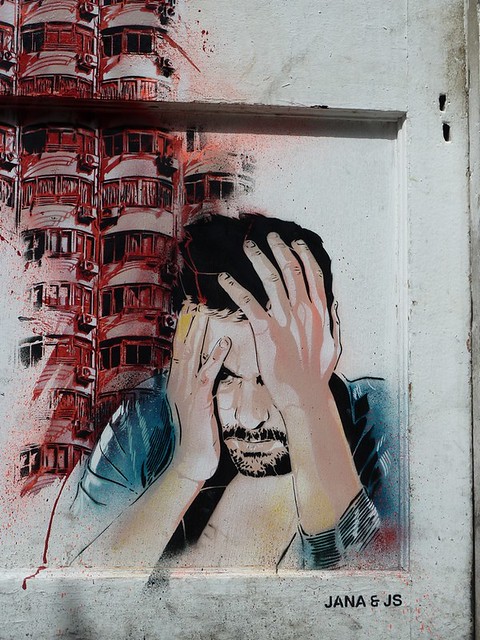 
Their self portraits laid bare poignant moments and the juxtaposition of figuration and architectural elements made each one a kind of essay in the relationship between the personal and the urban landscape. 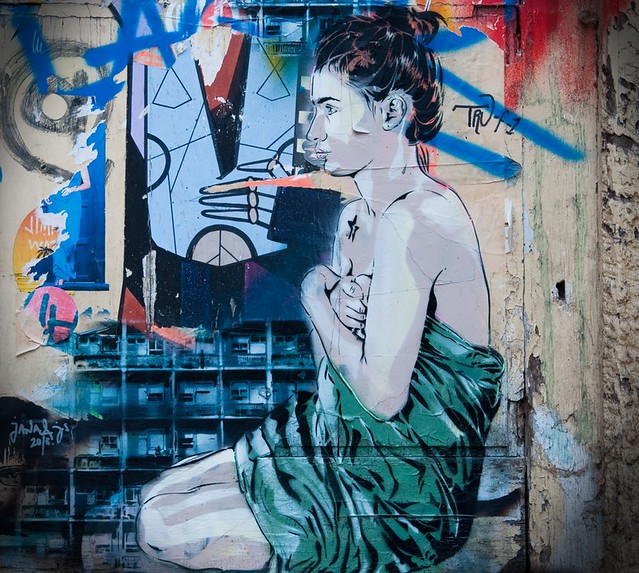 
In 2013 they put one curious pair of portraits in which the couple were distanced from eachother and whilst Jana gazed longingly at JS, JS had the worn patience of a man waiting outside the ladies’ changing room while his partner tried on yet another dress. What struck me (more than that flippant interpretation) was that they put this up on a wall which had been a stencil/tag hall of fame for years until the wall owners beat off artists by means of furious constant buffing, theirs being the first piece that remained on that surface for a reasonable length of time and indeed opened the door for Amanda Marie and subsequently all and sundry to restore that wall to the glorious, constantly changing street gallery we had loved many years before. 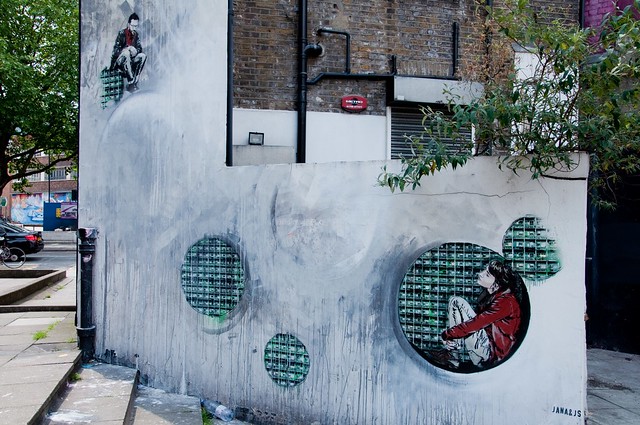 
And so to 2016 and the aptly named “Inner World” solo show in the larger portion of Stolen Space’s two room gallery. 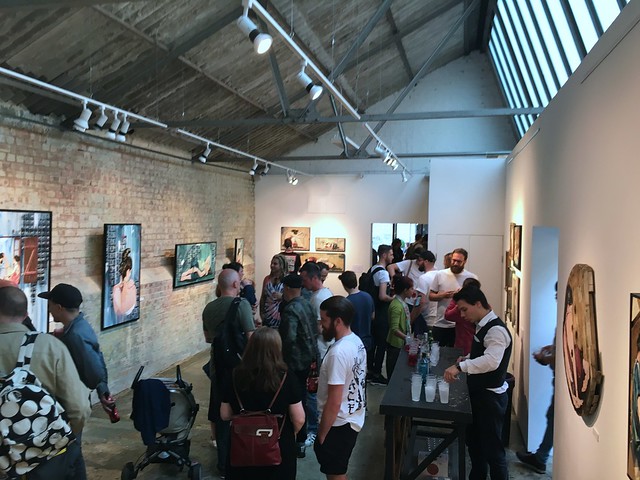 
The stencil art is just beautiful. JS confided that the works in the show take much longer to make than street pieces because a lot more care goes into them than the stencils we see on the streets where “no one is going to have to look at them on their own wall for the next 10 years”. 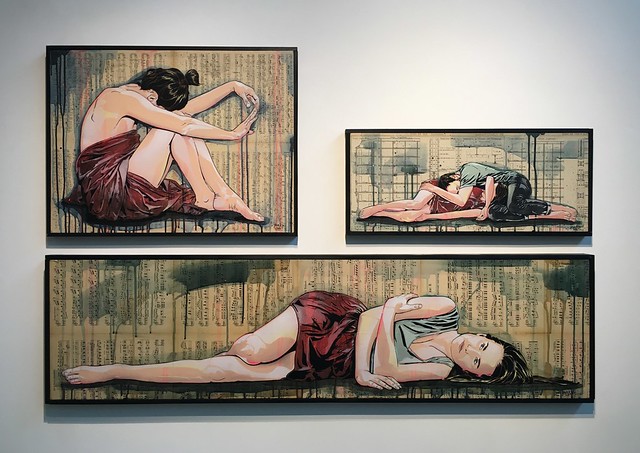 Clockwise from top: Reve, Lovers At The Train Station, Since You've Been Gone 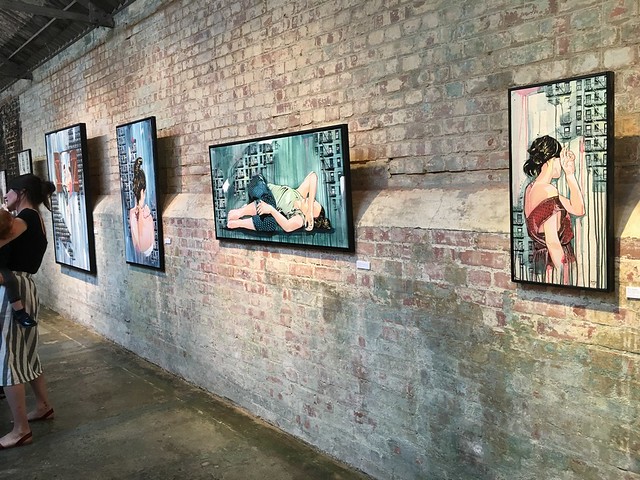 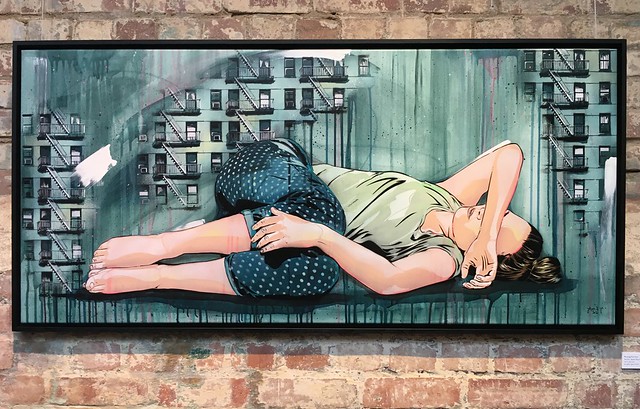 
Most of the art is intensely personal, Jana and JS use themselves as the models for most of their emotion laden imagery. The figures are wistful, languid and leisurely, the paintings are soft and beautiful acrylic and spray paint compositions. 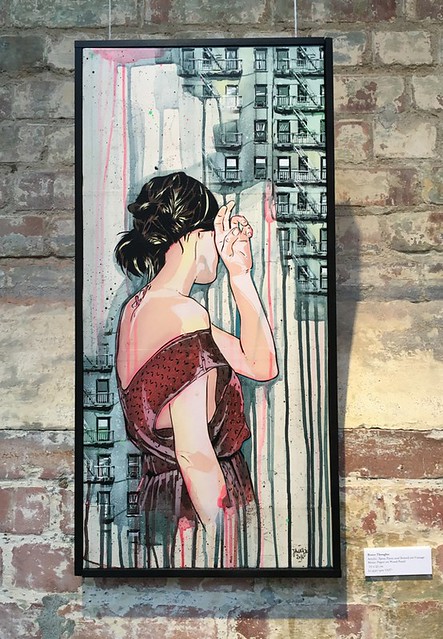 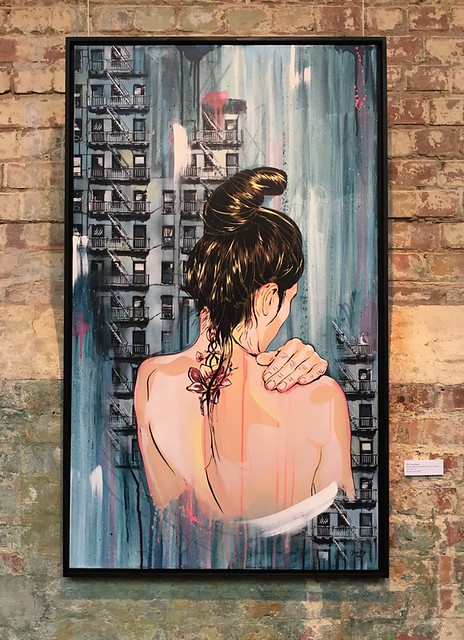 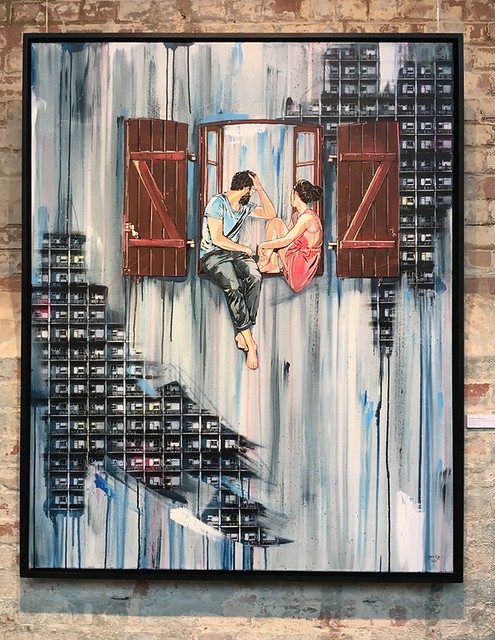 The Beauty Of Being Here 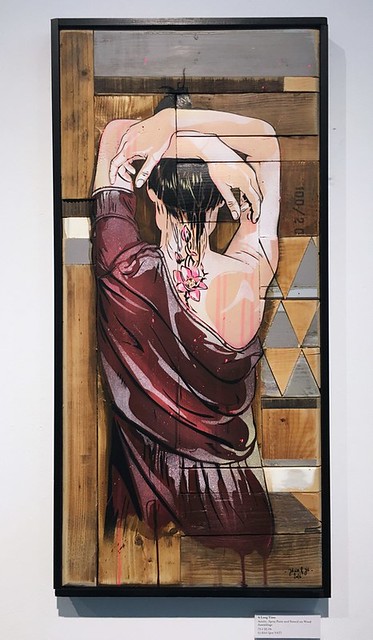 
Most of the paintings are spraypaint and acrylic on canvas, some are on found materials; the ones which stand out though are those painted on assembled salvaged wood. 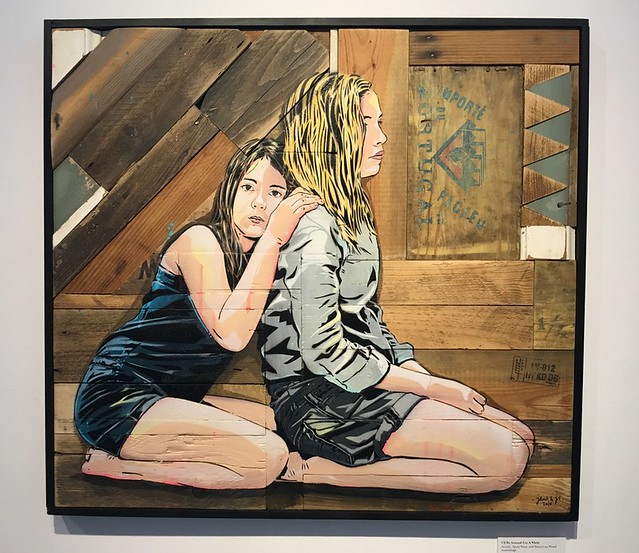 I'll Be Around For A While 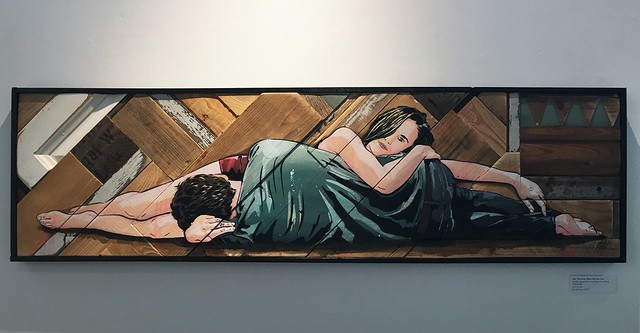 Thinking About You And Me 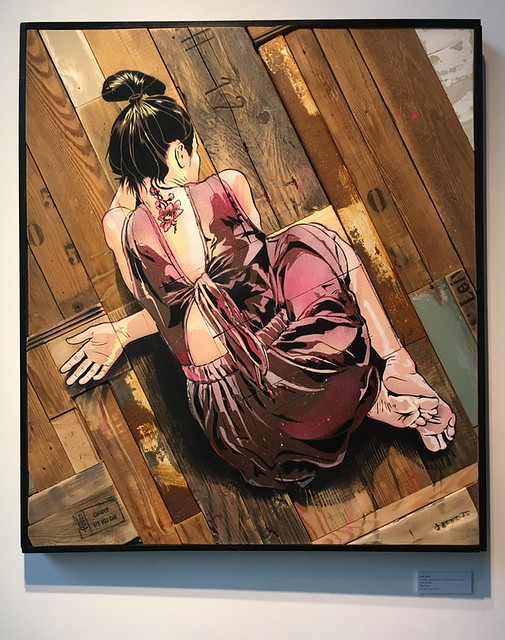 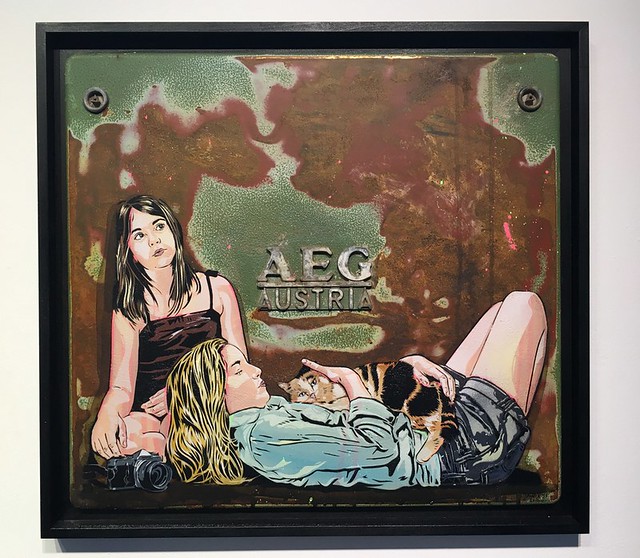 Only You Can Know 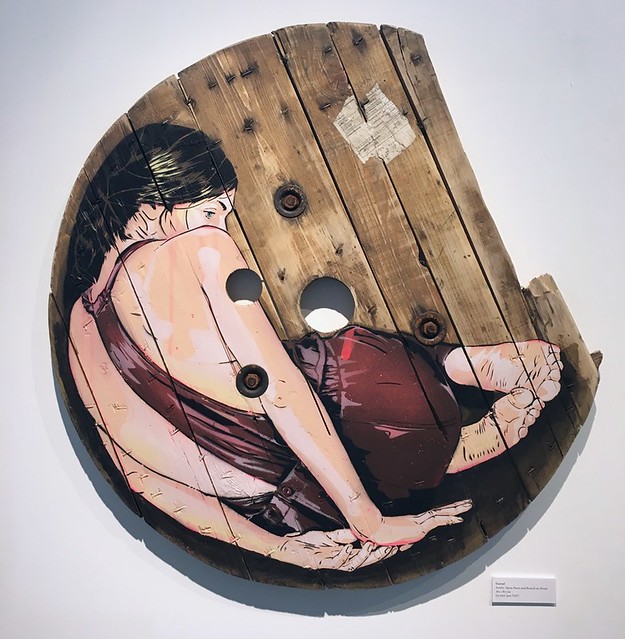 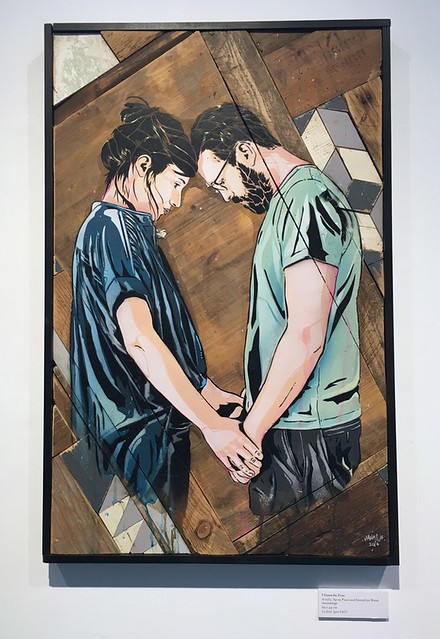 I Guess Its True


This post started with a minute morsel of stencilism history, it is pleasing to see that the gallery stage has not been swept entirely clear of stencils. Strong, powerful pure stencil solo shows have been relatively infrequent in recent years yet curiously two opened in London on the same night last week, Otto Schade being the other. Stencils are still used to great effect on the streets by artists such as Mobstr, Syd, Endless, Trust Icon and stencilists from abroad such as C215, Fra Quendo, Amanda Marie still come and decorate London walls (these are not exhaustive listings, there are thankfully many others). Jana and JS have done a great job of reminding us that stencils can still look as good in the gallery as they look great out on the streets. 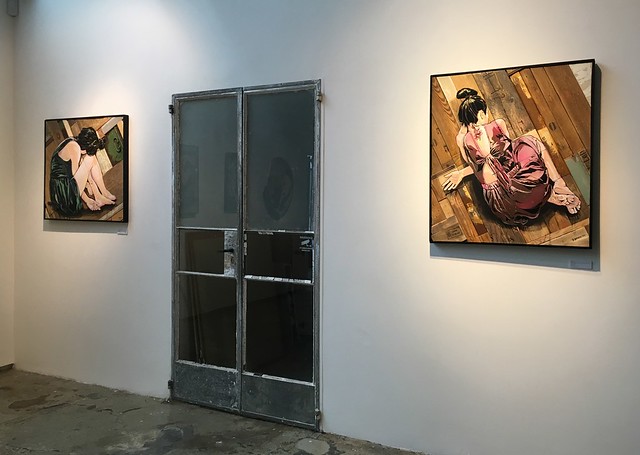 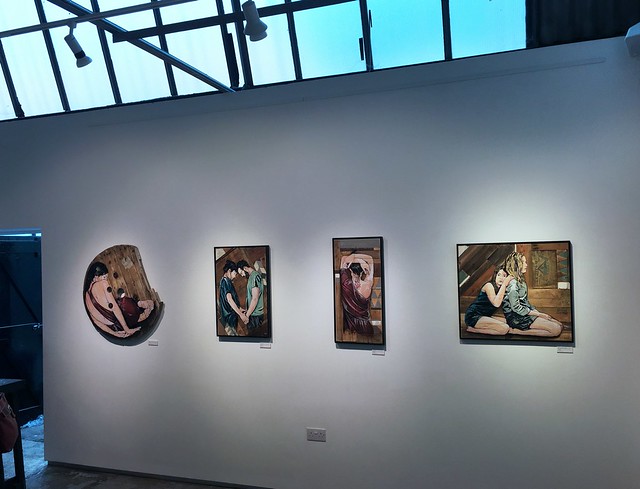