Holiday time in West Cork meant contriving an excuse to pop in to Bantry to track down a stunning pair of Phlegm murals. Like the best treats, the work reveals itself in stages. The first sighting is a figure working with a shovel; then the back of the property reveals a ground to roof mural and then beyond that, the drab back wall of the yard has been given a stunning facelift with a fantastic mechanical fish-submarine tableau. 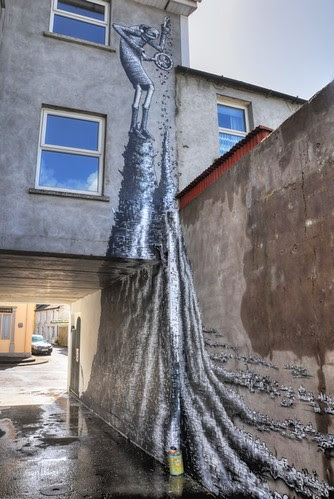 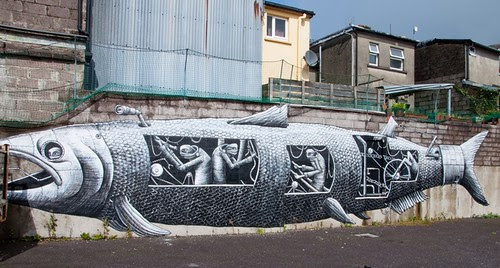 Art invites you to make your own mind up about what it might mean so here is what these beautiful pieces conjured up in my on-leave brain. The top figure is sprinkling buildings which fan out into streets and villages. He is a property maker. The gizmo he holds in his hands has the shape and function of a magnifying glass, the properties look larger as they pass through.   This growth, increase and expansion could be a metaphor for Ireland’s recent and disastrous property bubble. 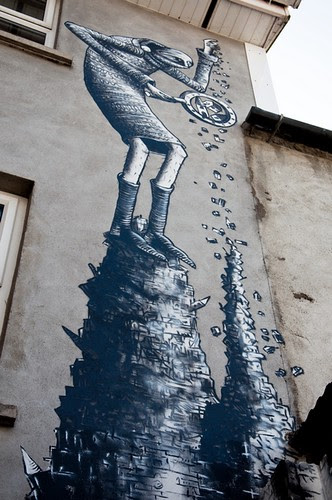 The figure that magics up these properties and fuels this boom, well that has to be allude to the banks and the property developers not to mention politicians and regulators who all colluded in fabricating the myth that anyone on the property ladder was suddenly stupendously and stupidly rich.

The villages are stunningly rendered with a Lowry-esque kind of detail. 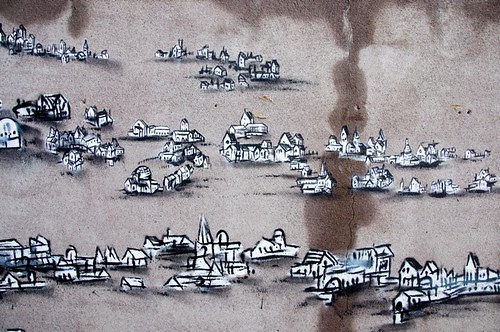 At the bottom of the scene a gloomy figure doesn’t possess magical powers, he has a shovel. He could be clearing up the mess, though that wouldn’t be right as the repercussions of the property bust will depress Ireland for a long time. Perhaps he is the demolition man come to wipe away the housing over-supply and level the un-finished speculative housing developments that ring Ireland’s major cities like a necklace of smashed snail shells. He could be the property maker’s alter ego, reclaiming the property after the property bubble savings destruction mechanism did its damage. The property maker spins the kind of bright wholesome aura a marketer of fibre and fruit breakfast cereal might be proud of, while the lower guy seems to be a dark miserable drudge, dolefully labouring among the inevitable detritus of delusion. 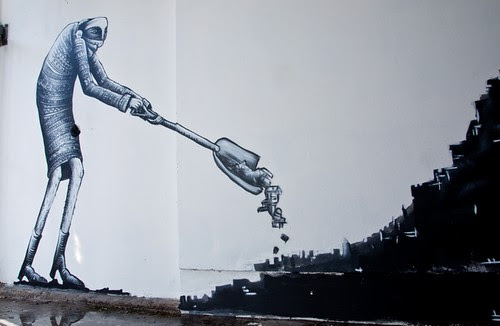 Who cares if this is completely wrong or if there is a far more obvious truth, it’s just the way I like to look at it. A charming lady from the West Cork Development Partnership housed in the painted property loves the murals. She posed the question “that figure, male or female?” Looking at the hairy legs I guessed this suggested male, her riposte was“sure a Bantry woman’s legs look like that most of the time”. 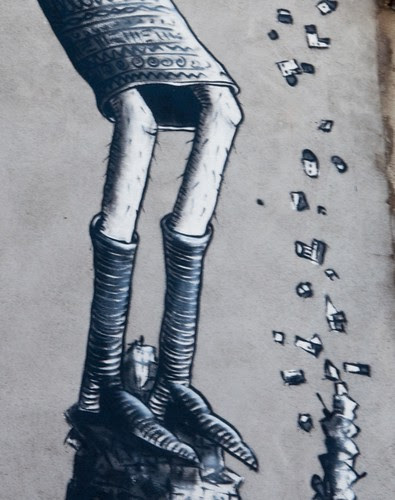 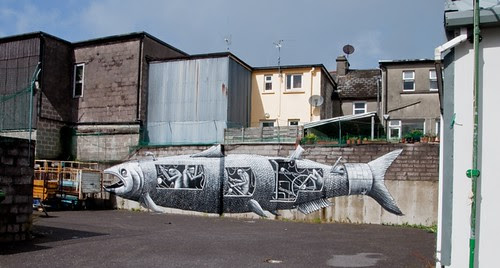 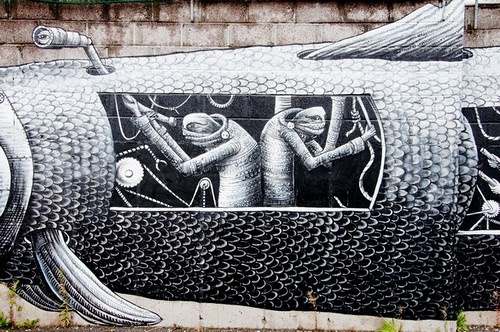 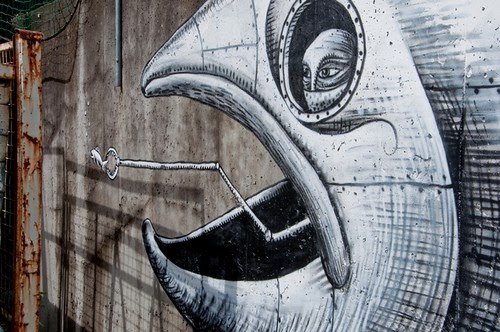 These Phlegm beauties were actually rather difficult to find, located in a tight inconspicuous alleyway leading into a non descript back yard right on the edge of the “town” bit of Bantry, anyone making the pilgrimage should look for the junction of Main Street and Market Street. These pieces first came to my attention from the fascinating video clip by My One Colour showing the various roller, spraypaint and brush techniques employed by Phlegm. 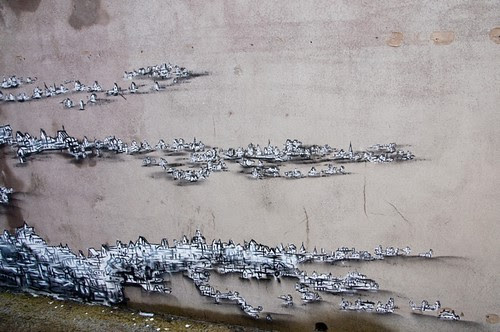 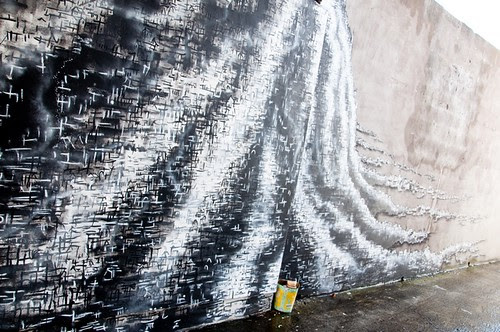 Posted by NoLionsInEngland at Sunday, September 02, 2012 No comments: