Late last week whilst contemplating a new piece of graffiti on Great Eastern Street an amusing diversion arose as a small gaggle of folk rolled up with a pushbike laden with rolls of blue backed paste ups and proceeded to bish bosh a lot of gloopy paste onto virgin building site hoarding. 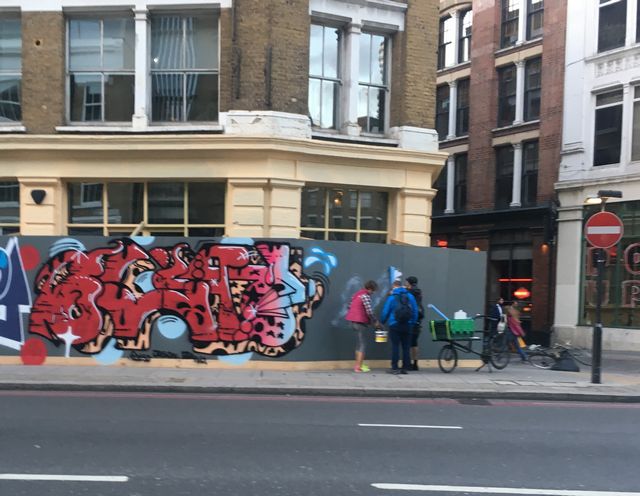 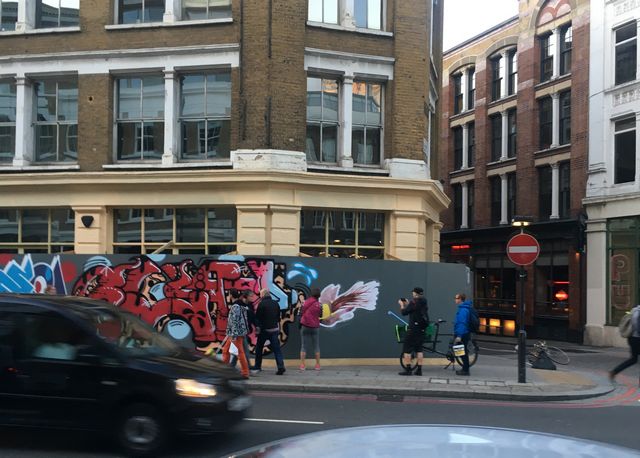 
Taking advantage of the fading Shoreditch light, these proto-vandals hijacked a small segment of the public visual canvas in support of a Greenpeace environmental campaign. Rainforests are being devastated across Papua in pursuit of increased palm oil production, the consequence is loss of wildlife habitat, collapse of biodiversity and displacement of communities. 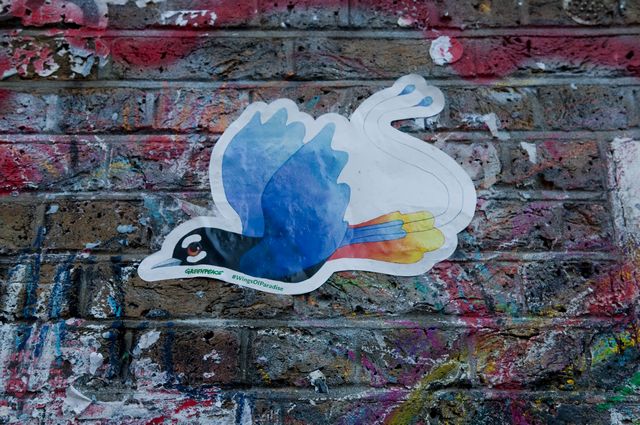 Murals depicting images of the Birds Of Paradise have been painted by street artists in cities across the world including Tokyo, Geelong, Long Beach, Oakland, Berlin, Breda, Viena, Melbourne, Bondy, Wellington, Taipei and here in Shoreditch, London by Matt Sewell, below. 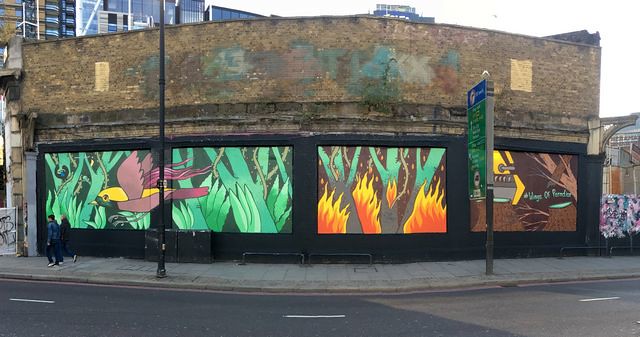 Wings Of Paradise by Matt Sewell 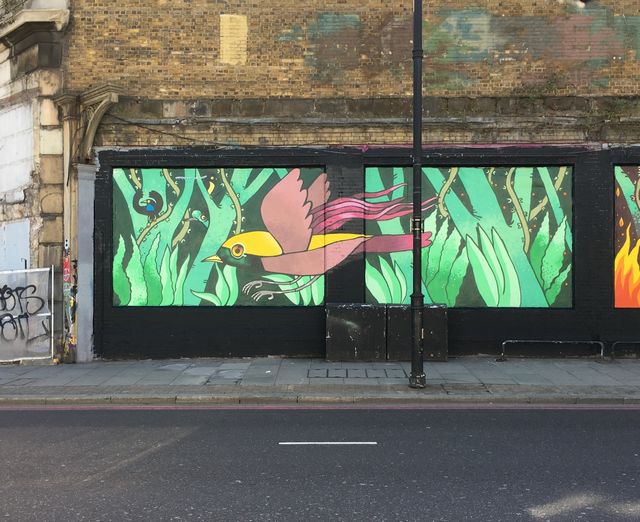 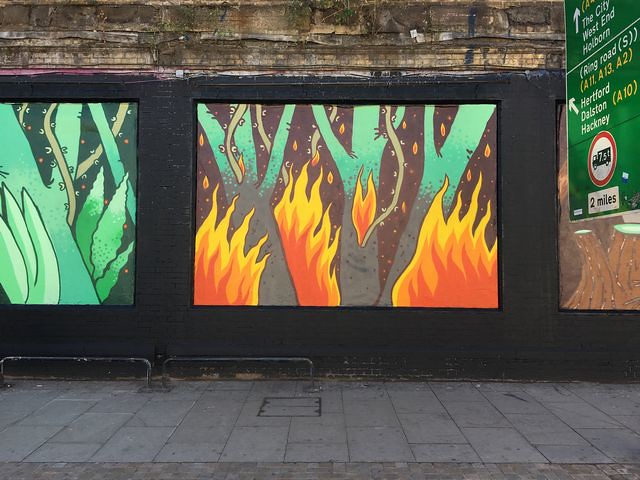 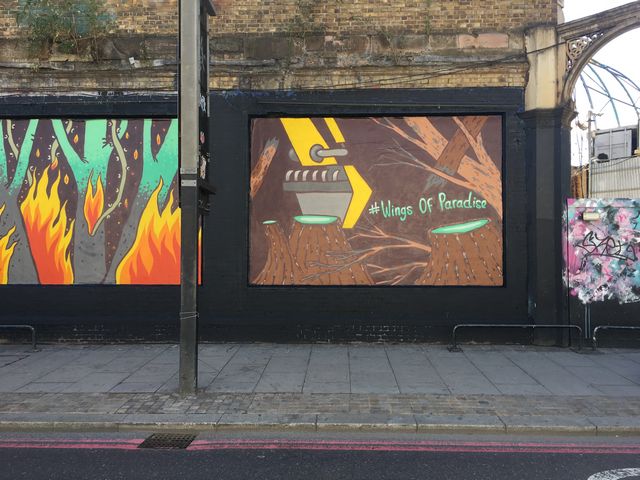 
This idea is to put up images of the Bird of Paradise replicating their colourful plumage, their flight and their life and thus to promote the conversation about the need for action to halt the eradication of their lands and habitat. You're welcome.

Curiously the London campaign started with the Matt Sewell commissioned legal piece of artwork on the so called Shoreditch Art Wall but then Greenpeace supporters/activists extended the action with a flock of non permissioned paste ups on walls from Brick Lane to Old Street. 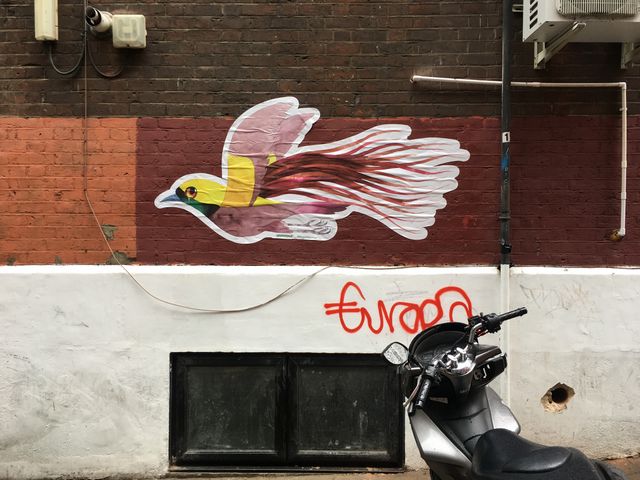 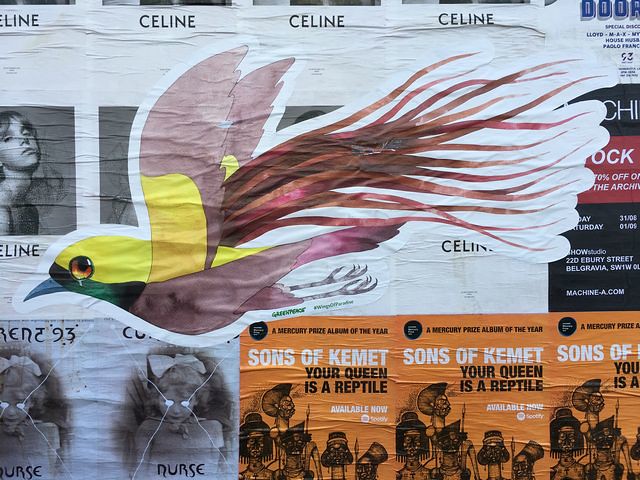 The stark geometric background adds bit of drama to this pair of Birds of Paradise. 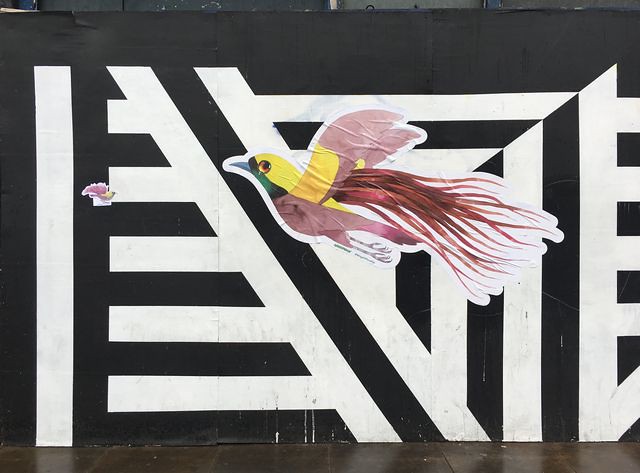 Two separate teams were spotted in Shoreditch that Friday evening, pasting proficiency may have been variable but the important thing is getting the message up 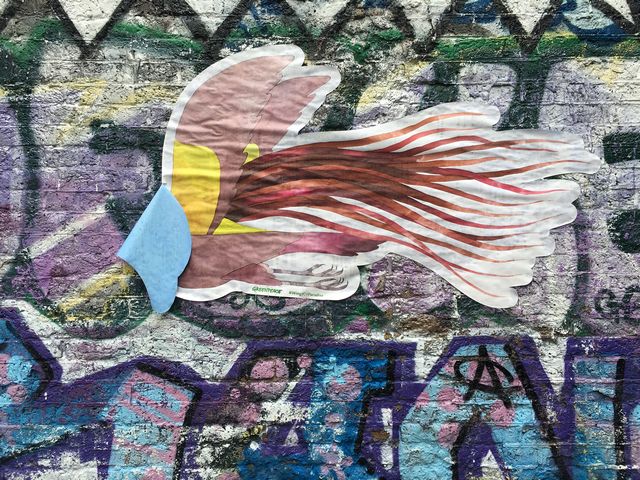 The Greenpeace campaign appears to have taken wing as a vibrant Bird Of Paradise in Sell Out’s distinctive expressionist style was spotted on Brick Lane today, suggesting that other street artists are independently picking up on the campaign. 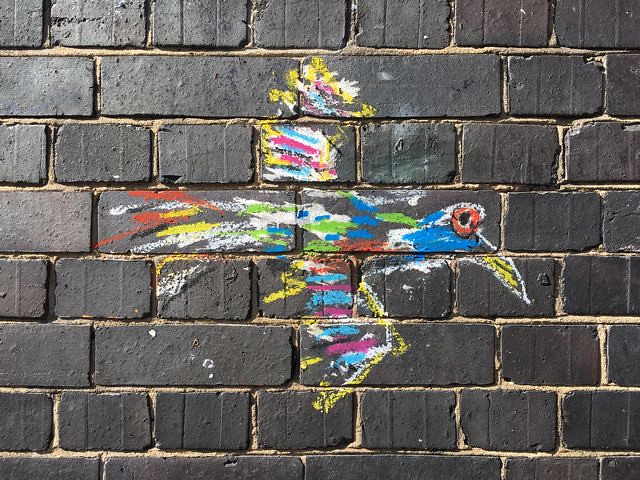 
There is always room for campaigning political street art, particularly when it comes with a novel legal-illegal combo strategy and picks up momentum in such an unusual way.  More importantly, its about contemplating the harm being wreaked in pursuit of palm oil production, time to act, time to look at palm oil consumption.  More information on the Greenpeace website here 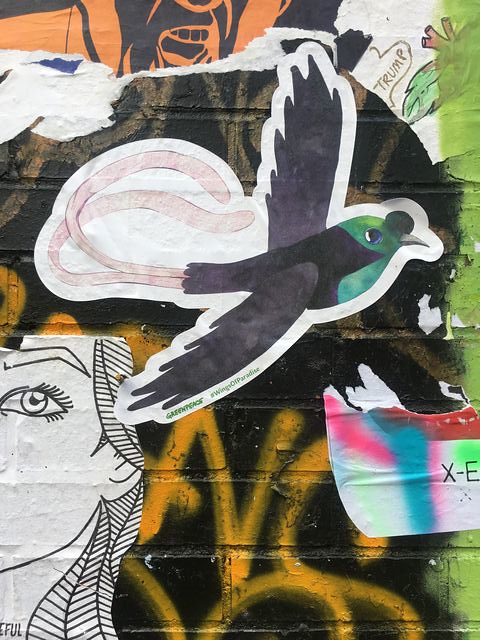 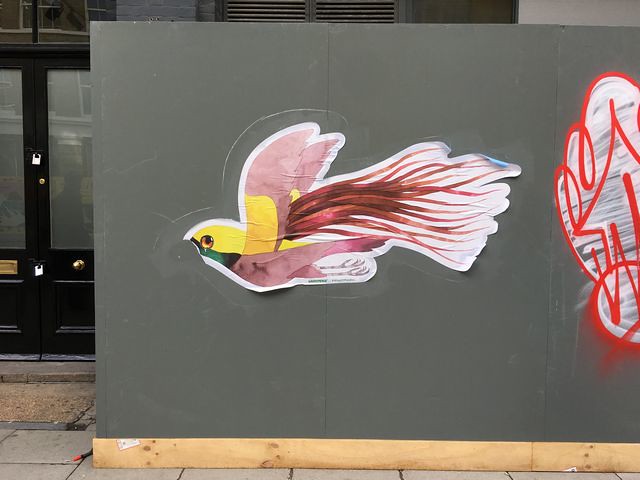 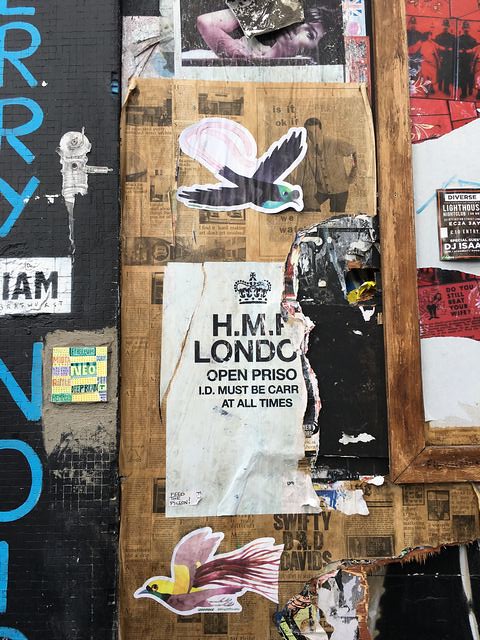 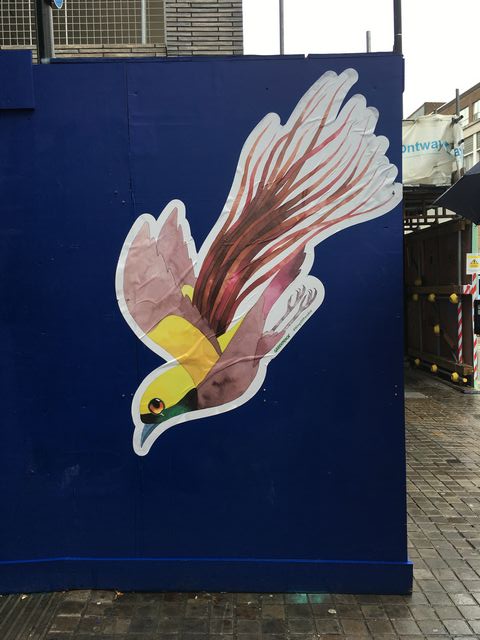 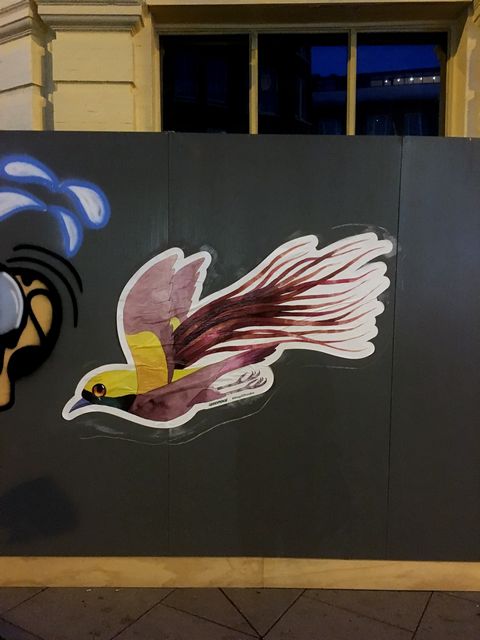 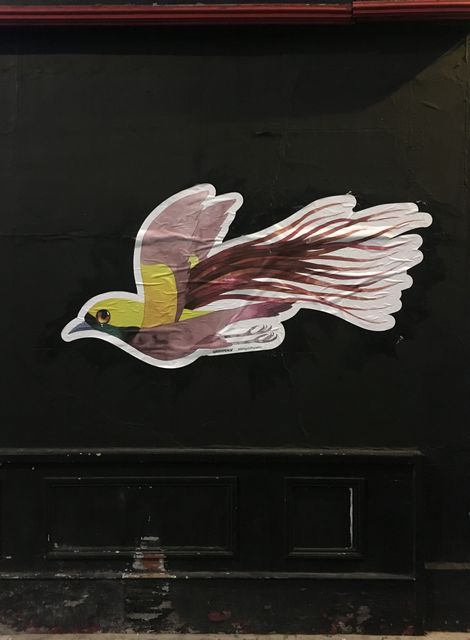 Posted by NoLionsInEngland at Saturday, September 29, 2018 No comments: