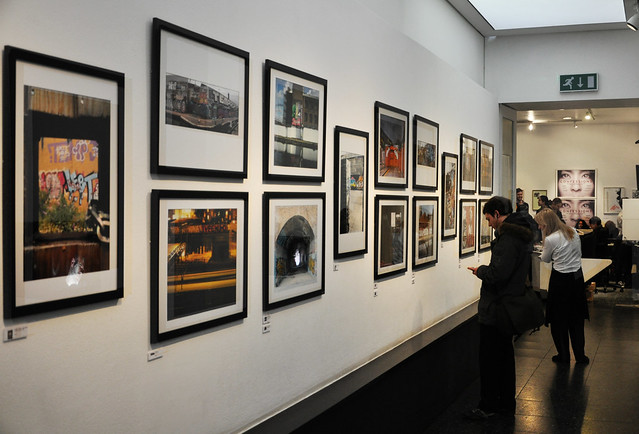 10 years ago the Institute Of Contemporary Arts was besieged by connoisseurs of graffiti photography when a small group of dedicated amateur graffiti photographers (there was no other type) curated by Delete and comprising himself, Buddz, Lee 102, Howaboutno, Joeppo and myself (under the pseudonym Nolionsinengland) created an exhibition of graffiti photography.  It wasn’t really credible to review the exhibition at the time but 10 years on, possibly less encumbered by modesty, it is nice to look back on fond memories and to reminisce with the London Walls photo gang. 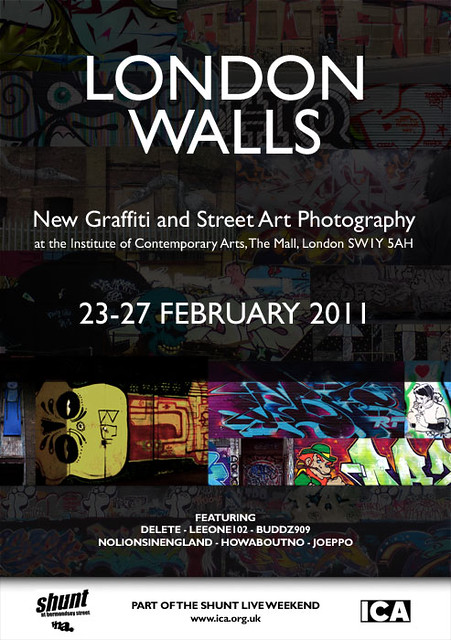 The first photo cull session was held in the Masque on Old Street, each of us had turned up incredible photos of graffiti by TYPE (Rest In Paint) and after a shitload of horsetrading, the trio that made the cut are fitting reminders of TYPE’s powerful lettering.

“London walls was an amazing opportunity to exhibit some work, and put faces to many names” – Lee 102 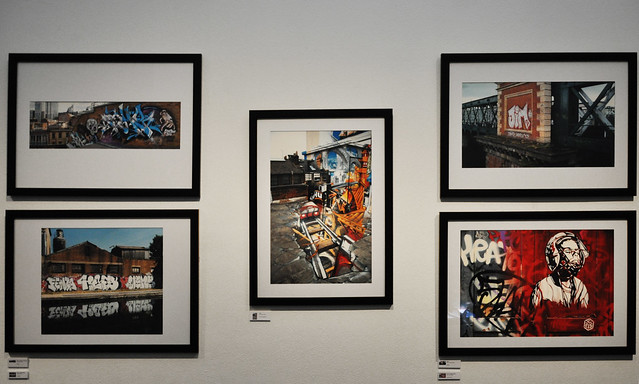 Exhibitions of graff photography just about never happened so the opening night was rammed, the queue went down the Mall around the block, thanks perhaps to the uncompromising venue security for whom this lairy crowd wasn’t the usual ICA opening night set.  At one point Robbo yelled through the door “FAAACKIN sort it out Dave”, I pointed out to him that my wife was in the queue a way behind him and I couldn’t get her in either, “You’re in the shit mate” he astutely observed.

“The security wouldn't let #TeamRobbo in as it was a full-house at the
ICA, I had to go around asking a few people to leave politely... Haha,
not sure that type of exhibition has been bettered since.” – Joeppo 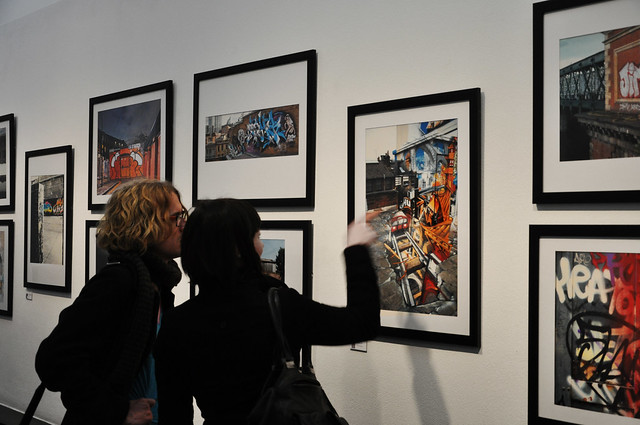 With the space heaving, a wonderful mingling of cultures took place.  Graff writers from all over town and from all crews mingled, bragged and applauded eachother. Robbo met Stik and this seemingly unlikely of pairings hit it off immensely.

“It felt like everyone in the London graff scene was there. A real pleasure to chat with Fenza and Shye, two of my favourite London writers. And Robbo, of course! – Delete, 2021 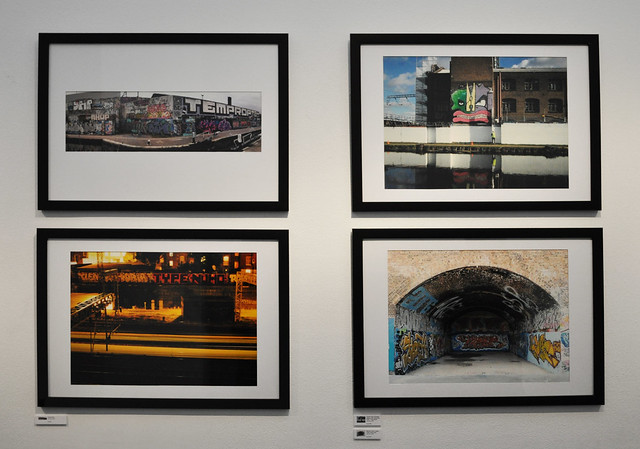 The positive reception show received from the graff community came as a surprise.  Graffiti writers take wonderful photographs which are now widely seen thanks to Instagram but in those days it was more limited to an audience of fans on Flickr or the few websites such as Hurt You Bad that followed the scene.  Their photos tend to convey the mastery of the can and the energy of the moment whereas the collection in this show took a broader, artier and more contextual view of the culture.

“This was the first graffiti related “thing” to happen at the ICA, which is an amazing location.    It felt like actually being an artist for the night.” – HowAboutNo

When you combine a large graff audience with free beer tagging of surfaces is inevitable, management were loudly un-impressed with the post party state of the premises. 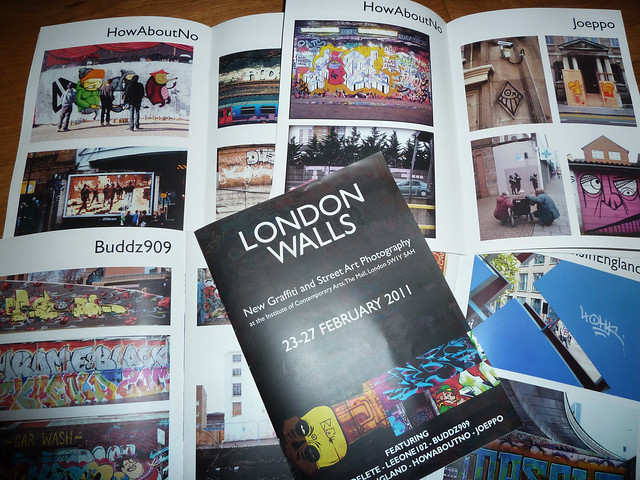 The opening of the show was accompanied by the launch of a zine “London Walls”, a compendium of more of the group’s photography which for those who were there is now probably the only tangible relic of that event.

“the ICA said it was the busiest opening night that anyone could ever remember, after about 8pm they had to do a one-in-one-out and the queue stretched right up The Mall.” - Delete 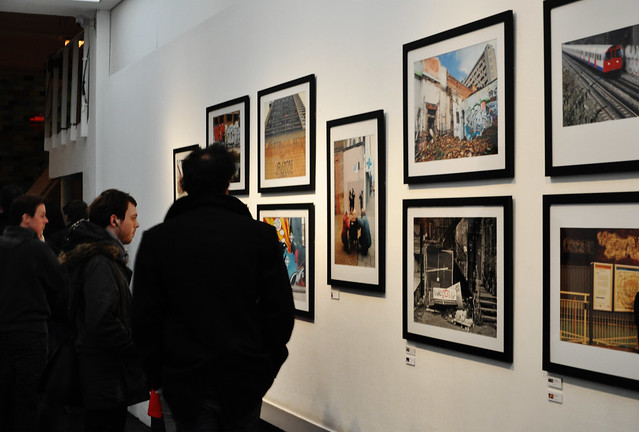 You probably thought quite a while back "It would be much more interesting to see the photographs than read this babble". Unfortunately there is no facility for showing slideshows on this blog without developing Russian hacker proficiency in html coding. For a full slide show pop over HERE to what is basically the same blog post but with a slideshow

“All the writers were chuffed about it and thanked us for doing it, which was a relief because there was a bit of a worry that they would think we were using their work for our own glorification” – Delete