Benedictus episcopus servus servorum Dei, Pope Benedict, Bishop, Server of The Servants of God, etc etc is in the UK to give us a bit of a telling off and to enjoy one of the most expensive inter-city long-weekend breaks on record (Twelve million quids worth is the accepted estimate of his inclusive board and travel deal). Graffoto was a little disappointed that the opportunity presented by the elections in the UK this Summer passed by un-remarked by most of the street art/anarchist community, perhaps with the honourable exception of Dr d, so it is encouraging to see this papal visit has stimulated the minds and exacto knives of a few stencilistas in London. For anyone not familiar with the circumstances, the two protest themes hinge around expense and paedophilia cover-ups.

Top prize goes to the ever thoughtful K-Guy who placed controversial work in a couple of spots designed for maximum visibility to the papal entourage and all passing Catholics. K-Guys is at his best when presented with a toxic cocktail of politics, religion and hipocracy and the quality of his political work is sustained in this hear-no-see-no-speak-no cannon-ised monkeys. Reducing the pontiff to the level of a primate and mocking the Church’s inability or un-willingness to properly and clearly address the horrendous crimes committed within its sanctuary by a few (“Paedophilia is a sickness, they were “ill”), this work pulls no punches. 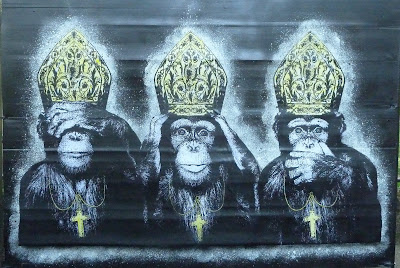 
K-Guy placed a version of this image on Thursday night on the Popemobile route to Westminster, Graffoto made a detour on the way to the day job on Friday morning arriving just as one chuffed-to-bits cleaner removed the piece off the streets. 0-1 to the buff. 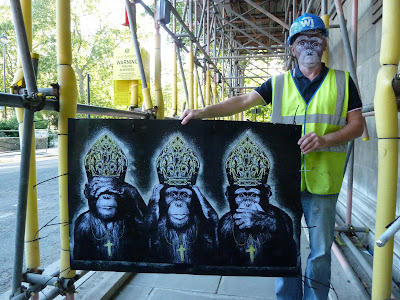 
K-Guy was motivated to go one better for the Pope’s benefit on Saturday (today), placing a second specimen inside Hyde Park where the Pope was due to lead an open air séance or something. Wonder if it survived until the vigil, certainly thousands of Catholics will have got the message if it did. 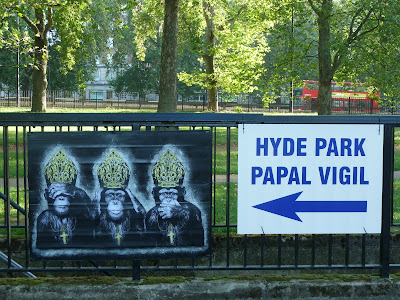 
SPQR also addresses the popular theme of papal cover-ups, this splendidly executed work referencing the less than transparent internal investigations supposedly carried on by the Catholic church. Being placed on a gallery wall miles from where the papal retinues and the flock would gather renders this effort a tad futile but to be fair to SPQR, he was presumably rather busy with a solo show opening at Signal Gallery that night. 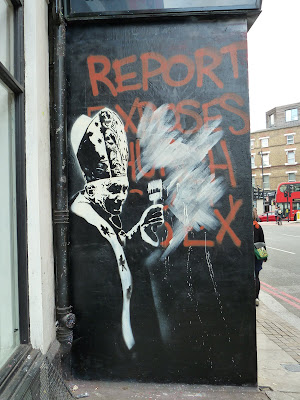 
Much closer to the heart of the papal action geographically speaking is Nick Walker’s Cardinal Sinister placed on the walls of the Royal College of Art immediately outside Hyde Park. Nick Walker renders the Pope as a Blofeld-like evil head of a sinister organisation stroking the cat on his lap. We like the analogy to the head of a crime based organisation, the stencil has impressive scale and detail but we feel the Royal College of Art gains more through boosting its waning“edginess” quotient than Mr Walker gains for his imaginative composition. 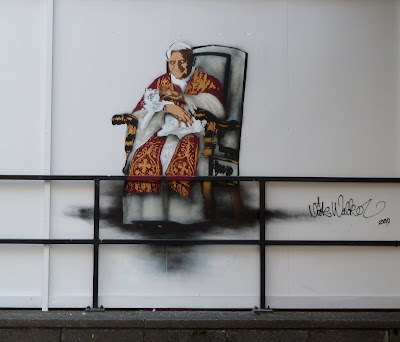 
We thank the ever vigilant Ms S Butterfly for photographing this effort by Raymond Salvatore Harmon (anyone like to hazard a guess at his religion?) aka RSH, location unknown. Perhaps the splatters of blood are a bit OTT but the few pieces by RSH we have seen recently have been almost violently dayglo, the point of the work is more important than the colour palate.

D*Face used the opening on Thursday of a retrospective show at Electric Blue Gallery, Middlesex St to mock the new religions of corporatism and branding with his logo cross (curiously, this time hung upside down St Peter style), previously seen at the 2008 aPOPcalypse Now show. 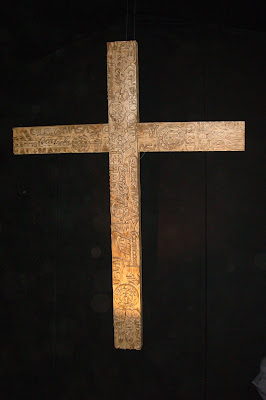 
The Pope angrily charged D*Face with what he called “Aggressive Atheism” but the bulk of the mainstream press have chosen to interpret the remark in the wider context of British Society.
Posted by NoLionsInEngland at Saturday, September 18, 2010 1 comment: 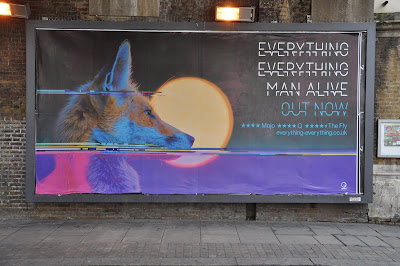 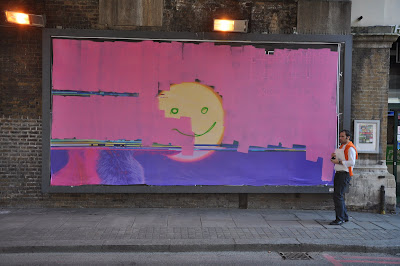 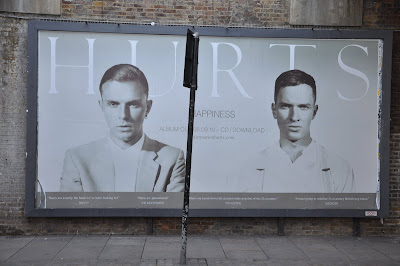 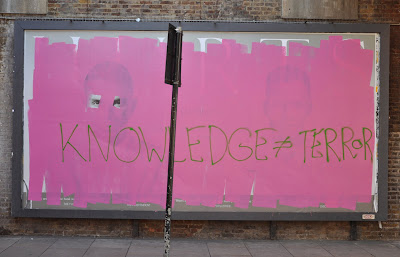 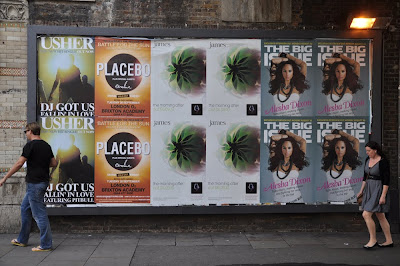 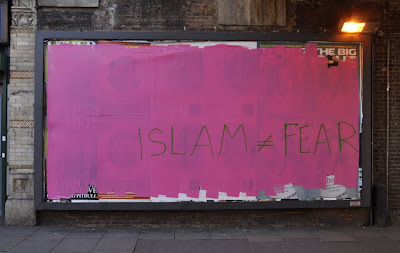 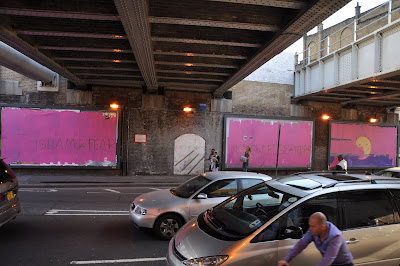 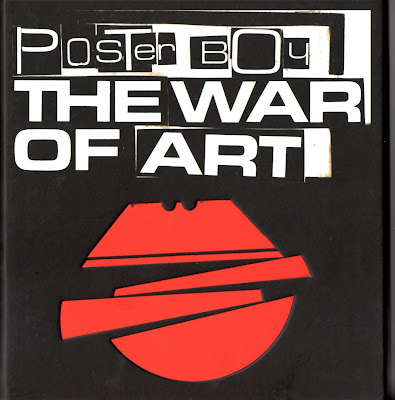 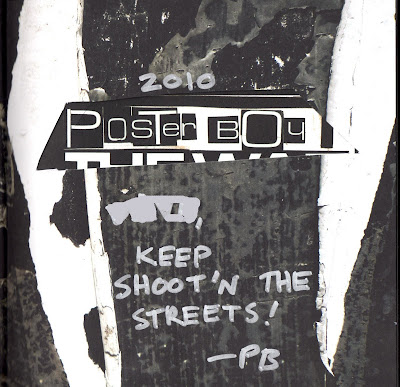 This post doesn’t fall into that trap as Graffoto prides itself on being a large, not a medium.
Posted by NoLionsInEngland at Friday, September 03, 2010 No comments: