Interesting opening in London this week of Cranio’s show “Lost in London” . Interesting because this guy’s work is beautiful, obviously, but also because the question arises “how come we see so little Brazilian street art talent in the UK?” 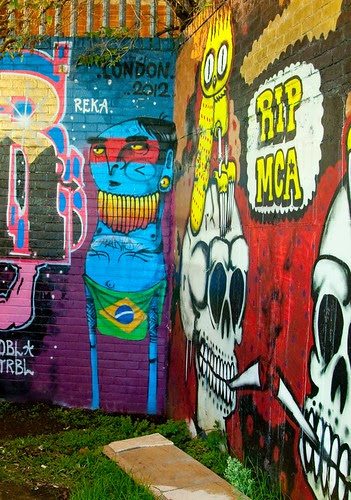 
After loving Cranio’s work by proxy on the net for the past 4 years it was a great thrill when his presence in London was recently revealed by the whiff of spraypaint on Brick Lane. 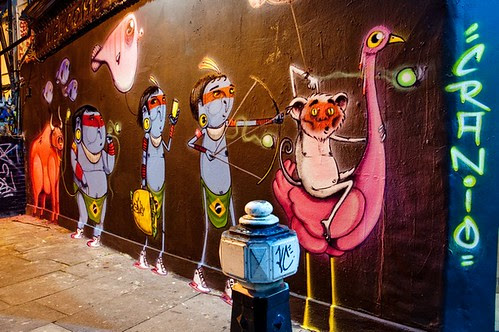 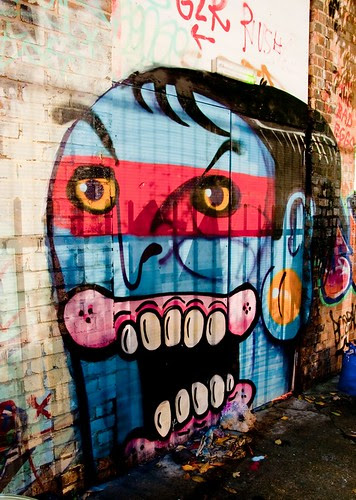 
Several other shutters have been painted and most recently, we chanced upon him again decorating the outside of a Brazilian restaurant on Rivington St. 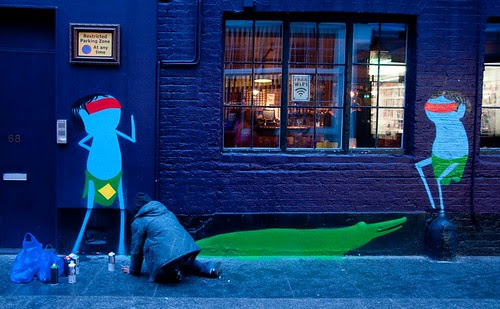 The gallery show is a straight forward hand of some ten or so cartoon portraits, compositions featuring our hero lost among totemic London iconography and some Brazilian surrealism. 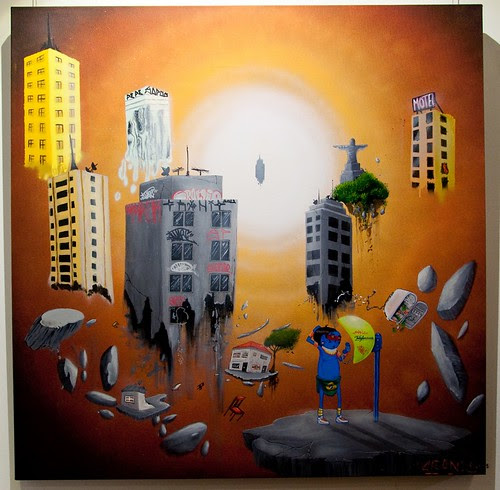 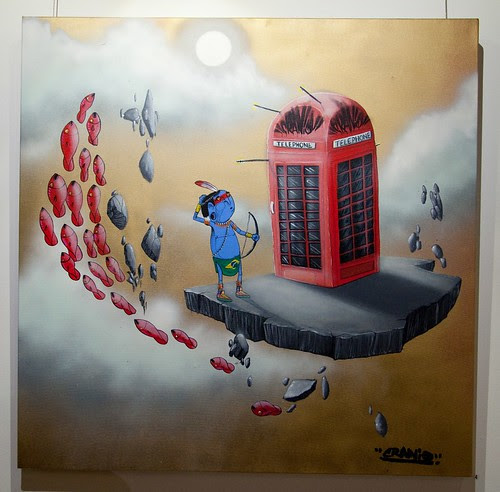 
Cranio’s figures are Brazilian rainforest Indians painted wearing their party suits – blue body paint and solid red stripes across their eyes. Solid black across the eyes means war apparently. The two streams of coherence running through this show concern Brazilians on the lash and a Brazilian writer getting up in London. 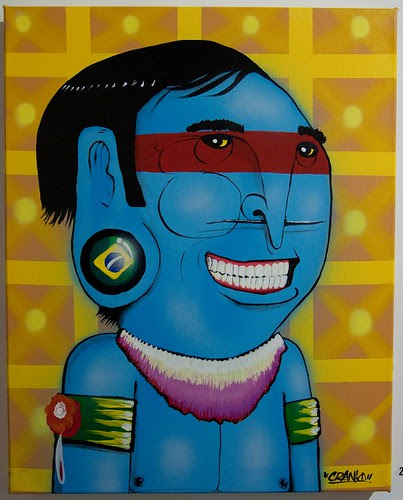 The paintings are actually a record of Cranio’s despair at the fate of the rainforest Indians who sell up their land for deforestation and with the loot go and party with western hairstyles, western goods but no realisation that the deal bartered away their culture as well as their homelands. 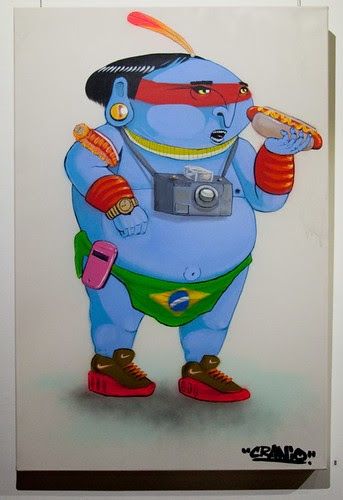 
Speaking of Brazilians in London, back to that question, why so few Brazilians in the UK? The Os Gemeos twins did a couple of huge commissions a few years back but I don’t recall any UK solo shows; Titifreak has been over once or twice (2009, O Contemporary), Milo Tchais is semi-permanent resident but generally we seem to see far fewer visiting Brazilian artists that our friends in USA or mainland Europe. So hats off to Cranio and lovely to see him poking fun at his experience as a Brazilian native painting in London. 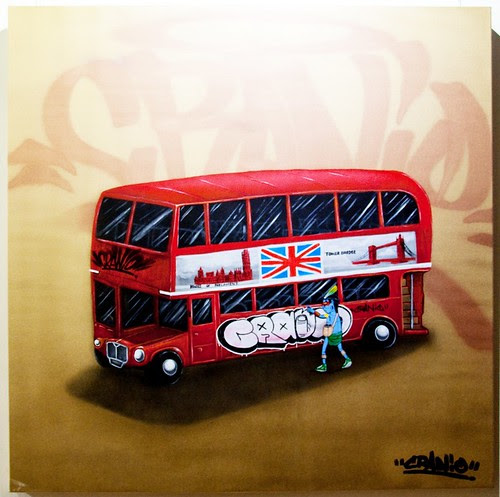 
The rich and vibrant colours work incredibly well in Cranio’s work outdoors, the characters always pop off dark backgrounds so brighter backgrounds on a few of the canvasses in this show came as a bit of a surprise. 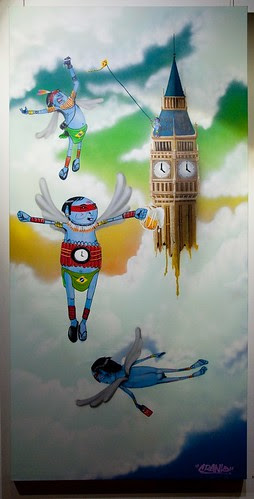 
You may also notice that both on the canvas and outdoors Cranio has avoided full on Pixacao. Cranio’s view is that Pixacao is a true Brazilian culture and it lives only in Brazil. Fair enough, good on him for not exploiting it abroad. 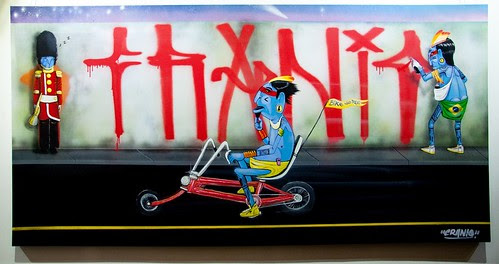 If This Was My Street


One more thing that beggars belief, all the way from Brazil, three or four weeks in town....show open for just four days! 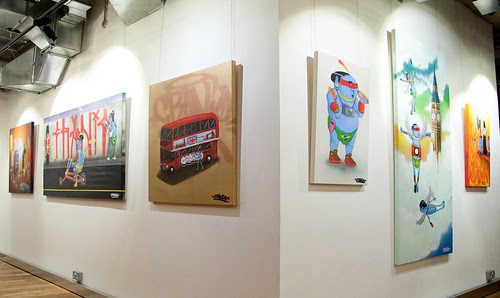 Posted by NoLionsInEngland at Sunday, November 18, 2012 No comments: