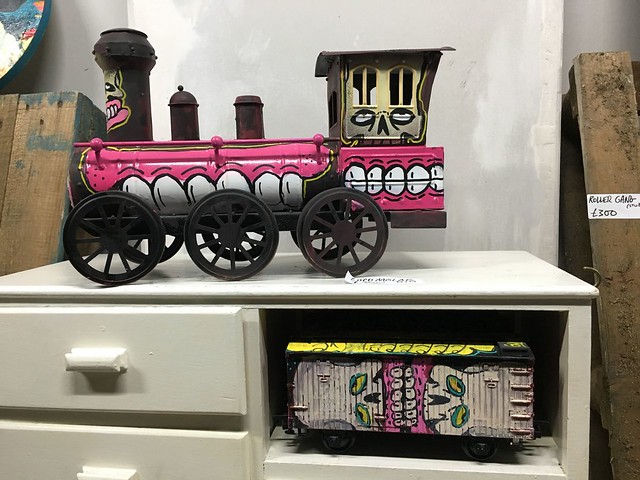 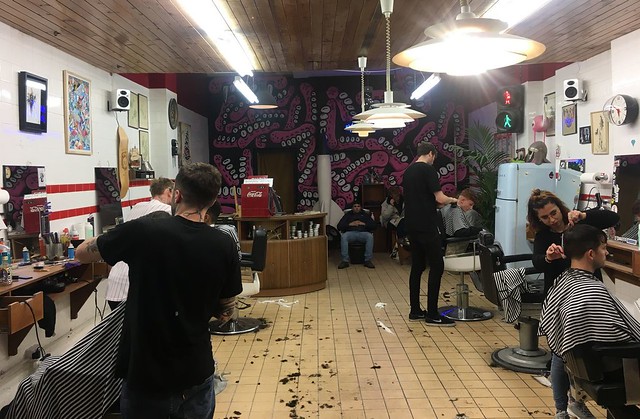 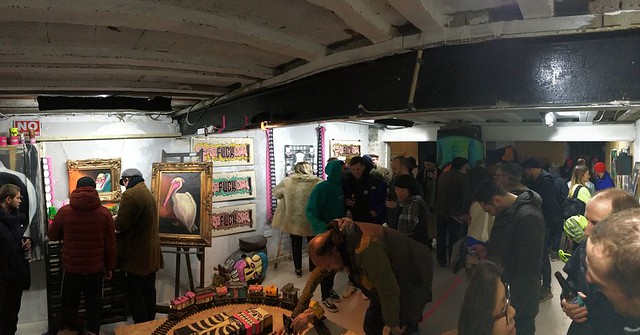 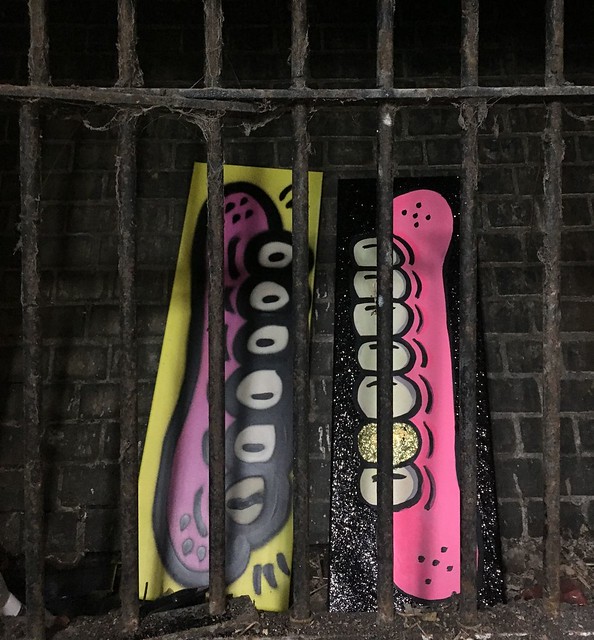 
Many acquainted with the breadth of Sweet Toof’s outdoor endeavours will recognise Mid Nite crisis as a corruption of Mid Life Crisis, which Sweet Toof and friends often put up on walls. 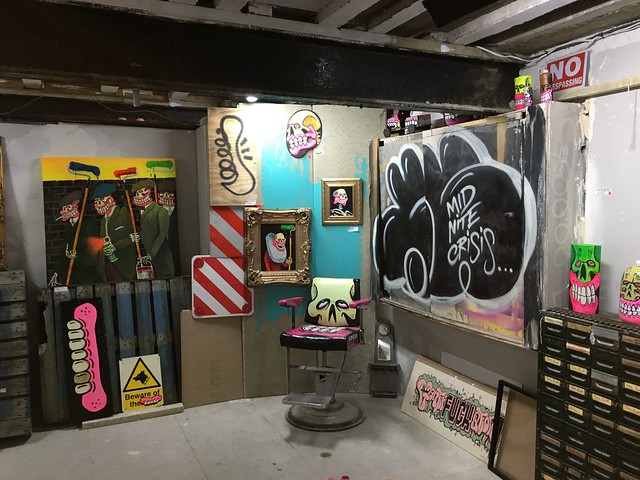 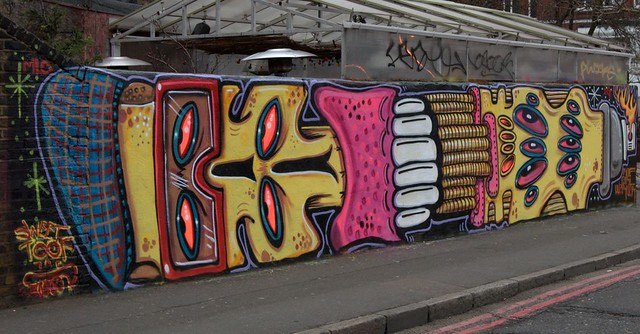 
Centre stage is hogged by a train set with the looping period piece rail service hit hard with whole car Sweet Toof graffiti. This straight up not-for-sale Sweet Toof toy provided what the vast majority of arty art shows lack, something to have fun with! 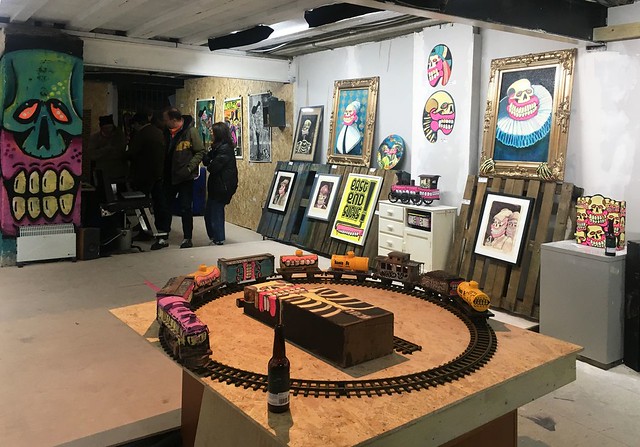 
It is only 12 months since Sweet Toof last exhibited in Dalston, a joint show with Swedish artist Rolf Carl Werner (review here) and the good news to take away from that is that artists abandoning London aren’t actually lost to London. 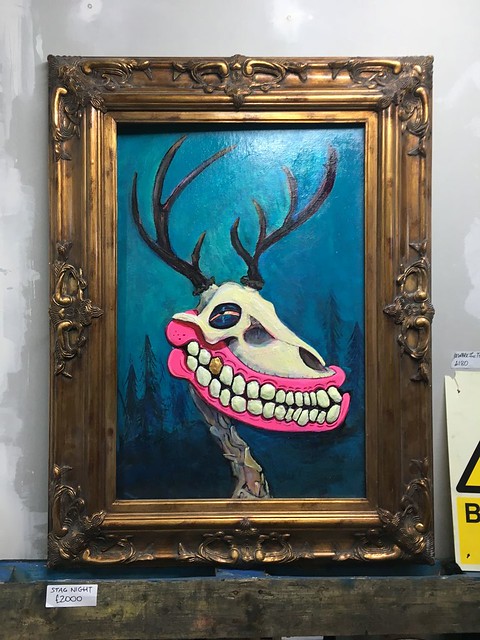 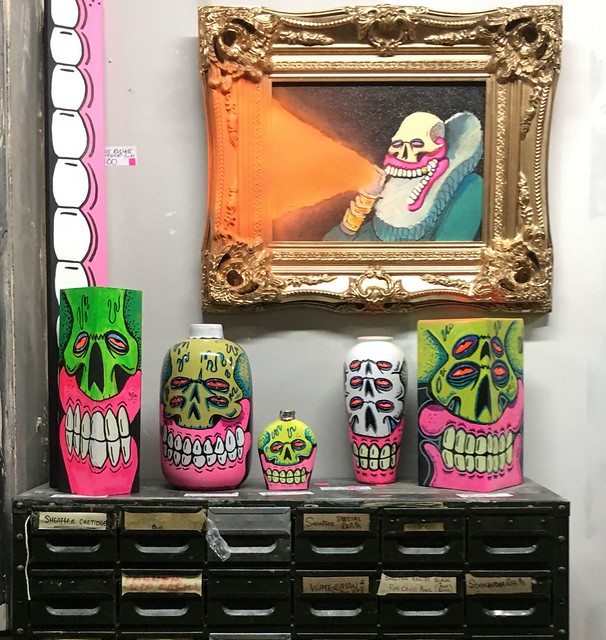 
Moments of darkness transformed the cellar into a graveyard of glowing ghoulish gnashers. 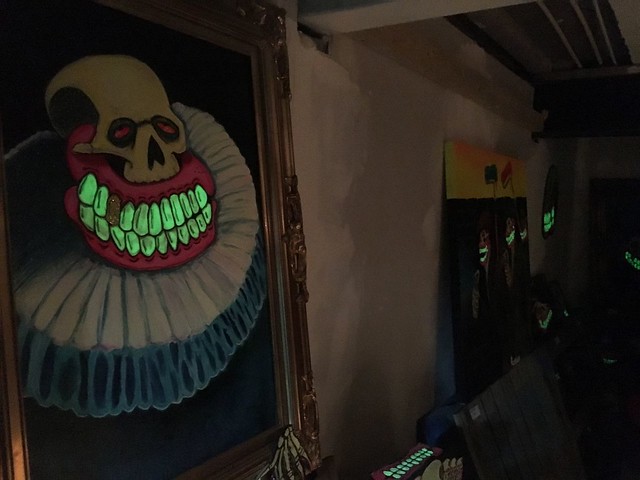 A print launched at the show featured Sweet Toof collaborating with Aida on a gentrification lament. The print celebrates 10 years that Aida and Sweet Toof have worked together on prints and other  collaborative artistic misdemeanors. 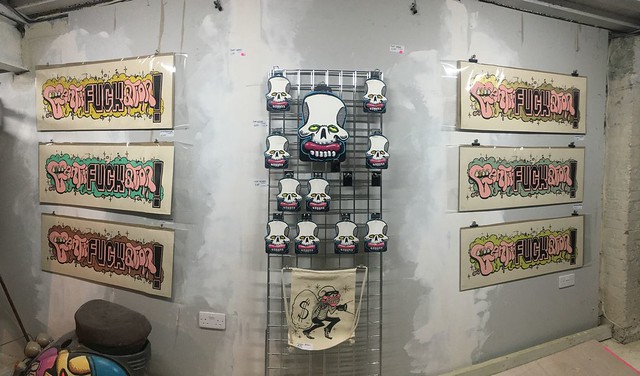 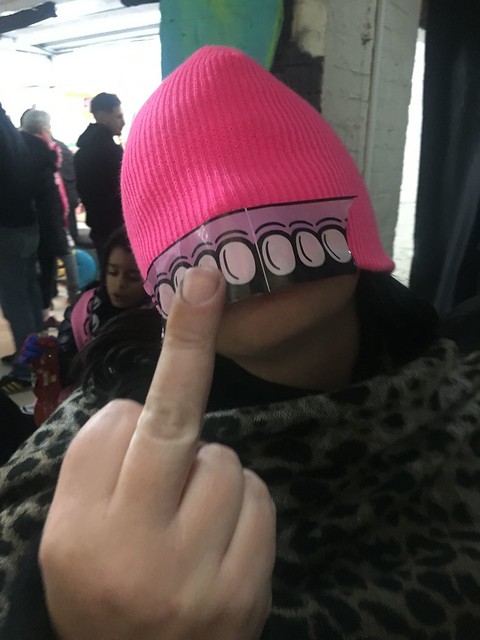 
There is an irony in the concept of two street artists coming together in a trendy barbershop in Dalston to protest against gentrification. 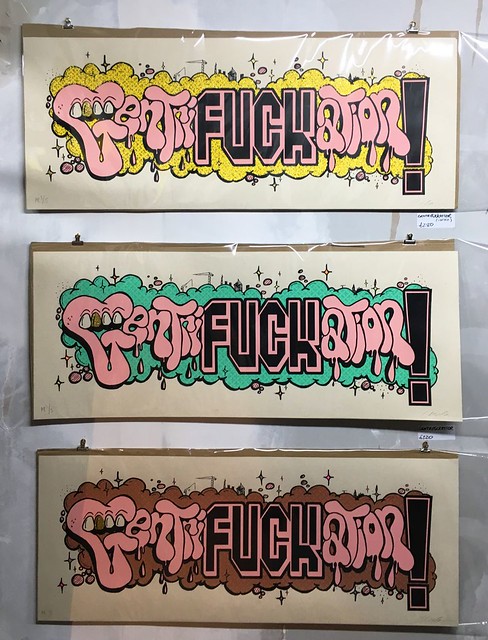 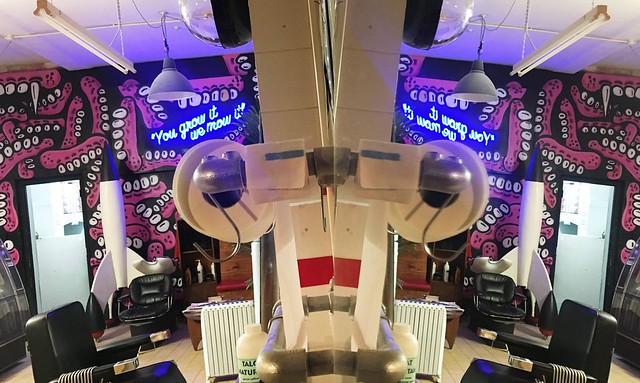 That’s not to knock the location of the show in a hairdressers. It is crucially important that this scene is outside the gallery system and not dependent upon museums or art world support, Sweet Toof by convention is unconventional. 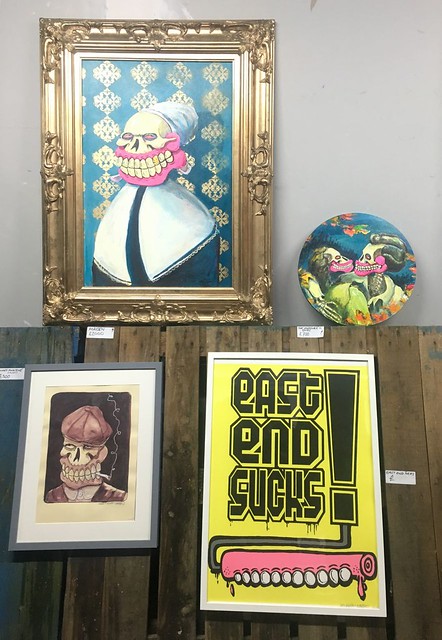 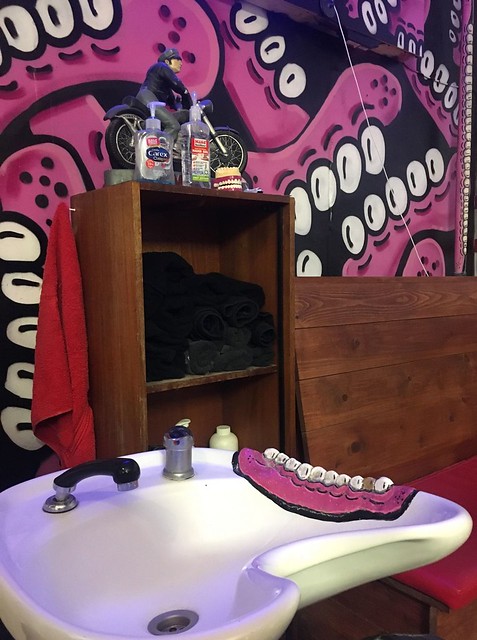 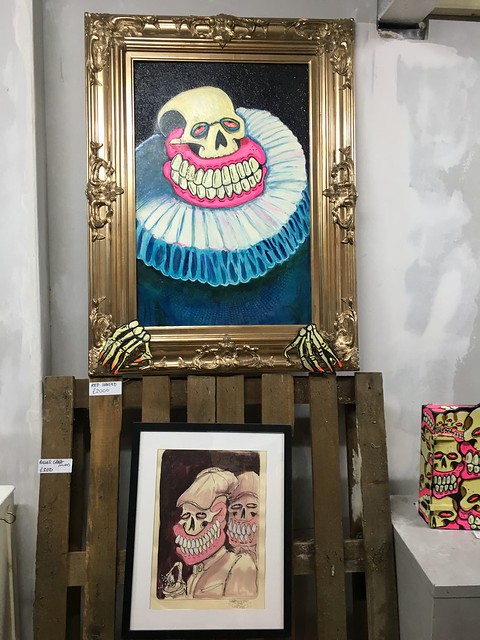 Red Handed (Above), Roller Gang (Below)