If you have any squeamish fears of triffid like invasions, then your sleep will already have been disturbed by Ludo’s enormous paste up Nature’s Revenge project, seen on his several previous visits to London. 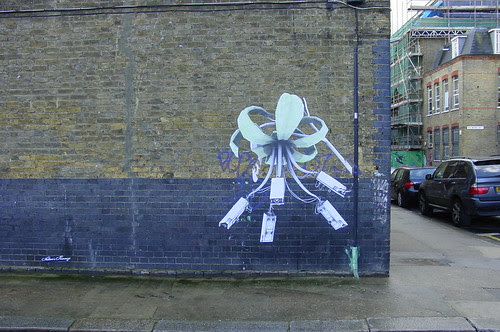 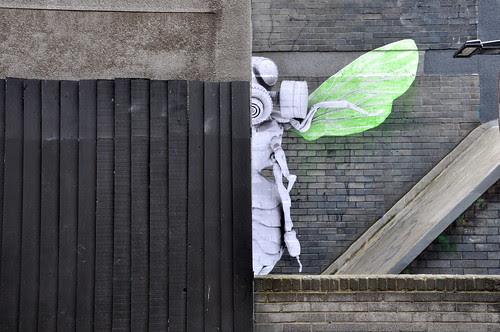 
Distinctive characteristics of his street project are the enormous scale, avoidance of hall of fame spots, green pigmentation and fusing of organic plants with man made technology. Ludo rises to the challenge of translating this aesthetic into the gallery by creating a mad-boffin’s bio-genetic engineering laboratory bunker; a refuge from a world where nature has armed itself for the fight against man, a grotty lair where scientists deploy crap German accents and bow ties in their continuing destructive research. 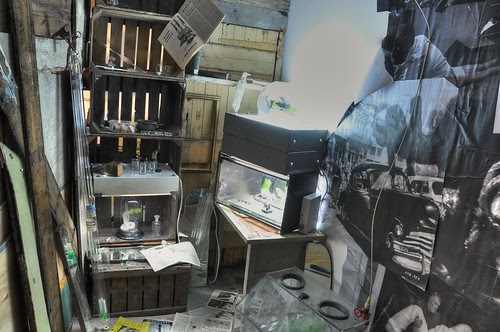 Ludo’s cross pollinated plant machine hybrids have leapt off the sheet and into 3D sculptural form. Nutty lab technicians roam the gallery in lab coats, hair nets and sinister latex gloves and embryonic plant mutants emerge from the the test tube glassware and incubation units lying around the insane laboratory. 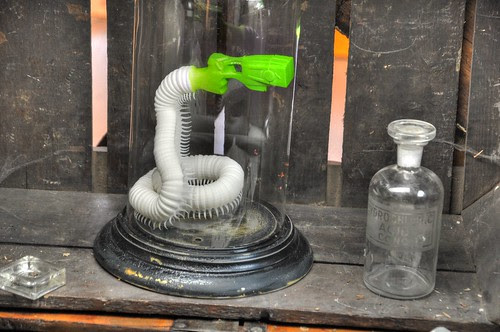 
Massive schlock horror B movie screen grabs pasted around the walls create a nightmare collage of a world falling to the horticultural armed response to man’s inhumanity to the environment. Scattered around the hide-out are specimens mounted Jurassic park style in perspex moulds as well as mock (or are they????) scientific journals from the 50s and 60s documenting reports of latest developments modifying DNA structures to maximise the yield of organic matter. 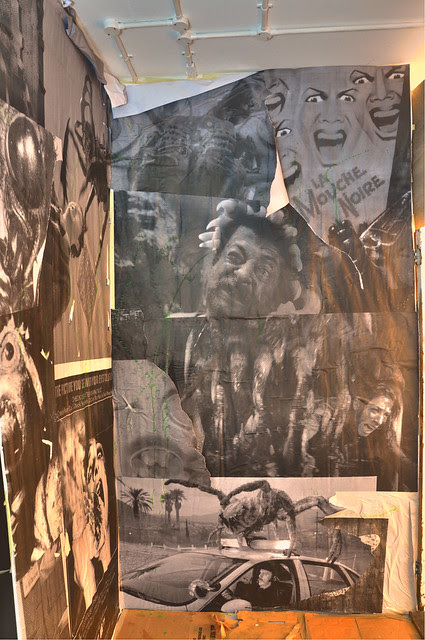 Apart from the fascinating and well staged laboratory, evidently un-funded judging by its Heath Robinson-esque arrangements and clichéd demented scientists, Ludo’s art consists mainly of pencil and oil paint compositions on white paper as well as a new print (have there been any before?) and an film of the artist working on the street. 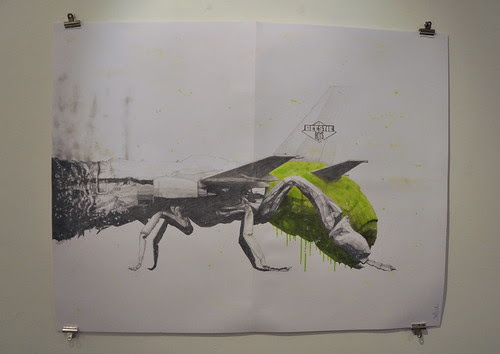 
As Ludo has made the insanity of man’s destructive tendencies towards the environment the key thread in the fabric of his work, it seems strange that the fearless eco-enviro warrior should aim one of his satirical compositions at a fictional rather than real oil company. On second thoughts, perhaps he is astutely avoiding what has been a tedious rite-of-passage for huge numbers of street artists squabbling over who best bastardizes the Shell and BP trademarks via the medium of a screenprinted edition of 250. 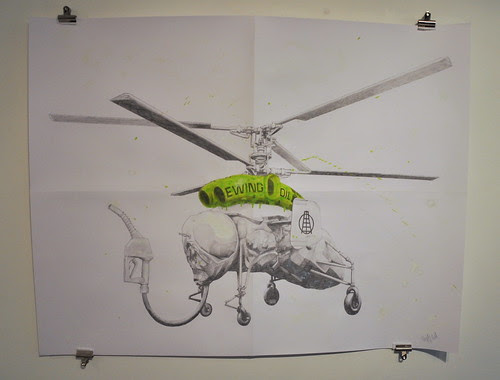 
So, green remains the game, great to see the mutants in 3D and kids of all ages will enjoy the grungy science lab. The most obvious metamorphosis taking place at High Roller’s Society is Ludo’s morphing into a serious installation creating, gallery-comfortable artist. 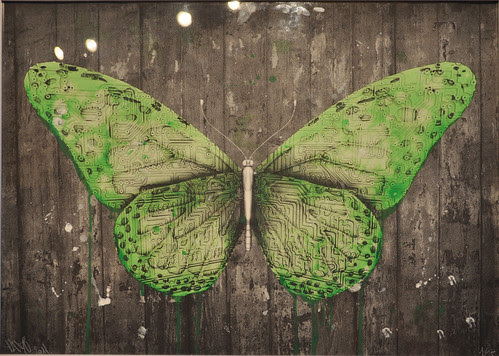 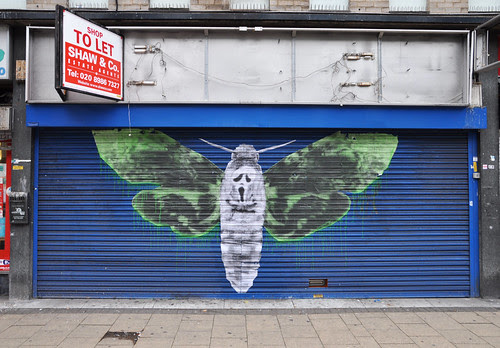