June was a bumper month for activity around Graffoto towers, not least dry conditions meant casting aside  essential foul weather gear to find something cool but not overly flesh revealing!

Nice to see Narcélio Grud back in London, up alongside the Twombly-esque Sliks, seen partly complete in this shot. 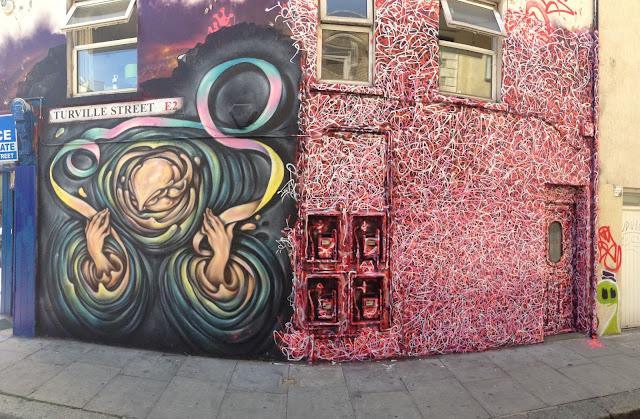 
The popular and affable RUN, one of London's favourite adopted Italians outside the worlds of football and bunga bunga is no stranger to the Village Underground walls but this cracking swan was epic  in scale, probably the largest painting we have seen from him in this country.


Jana and JS returned to London and with a number of permission walls in effect were able to go very large with a couple of self portrait stencil murals but we found the placement of their smaller paste ups stunning. 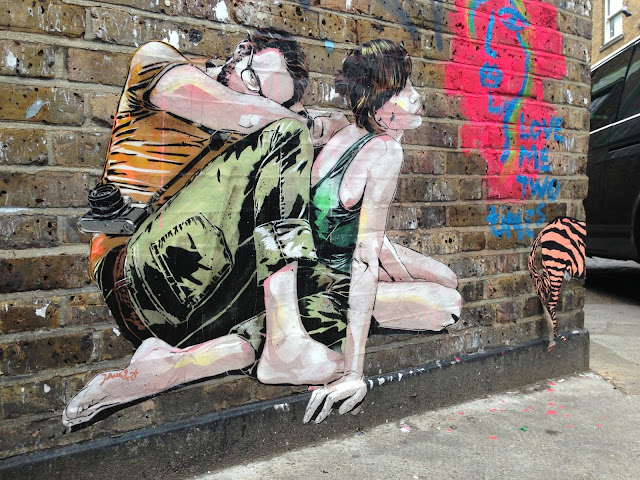 
National rag The Guardian has had few weeks getting conspiratorially excited over leaks and revelations courtesy of Mr E Snowden which convince us that the USA's National Security Agency is reading every pithy tweet and bitchy private message, T.WAT came up with this very timely skit on America being all ears.  Then of course we found that the un-authorised snooping in the UK was even more rampant, no surprise there. 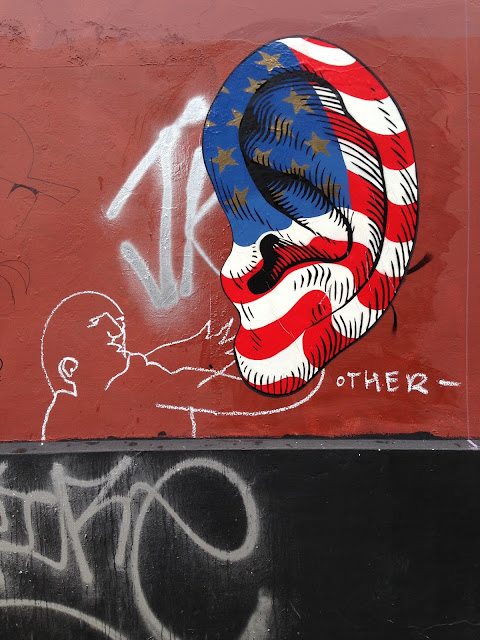 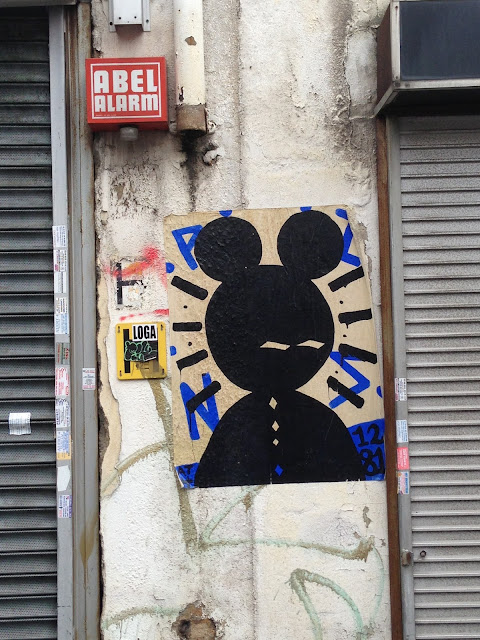 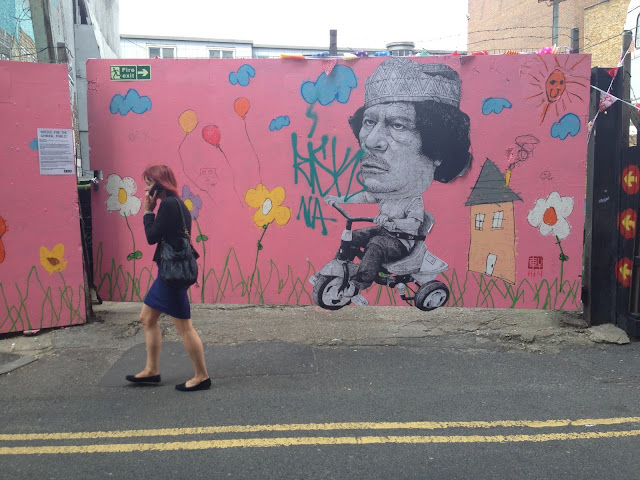 
Some say this is by Ronzo but we're not convinced.  No reason to say it's not Ronzo, though we'd have expected the baseball cap motif to be a capital R.  Either way, it's a damn fine paste up 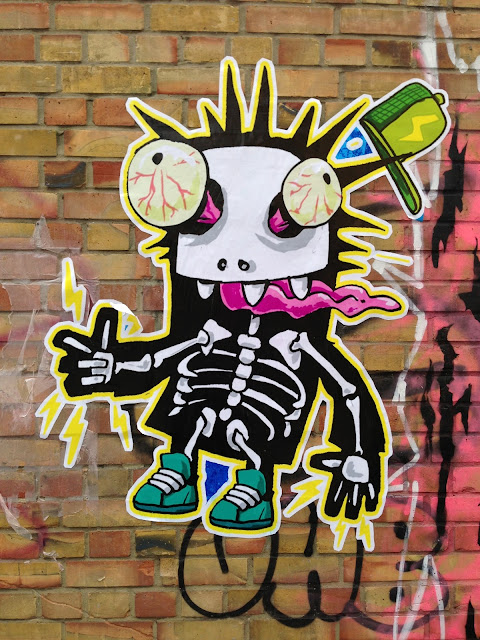 
A looming wall crisis in Shoreditch is forcing artists with permissioned mural gigs to paint as far away as 10 yards off Brick Lane on smaller and smaller walls. 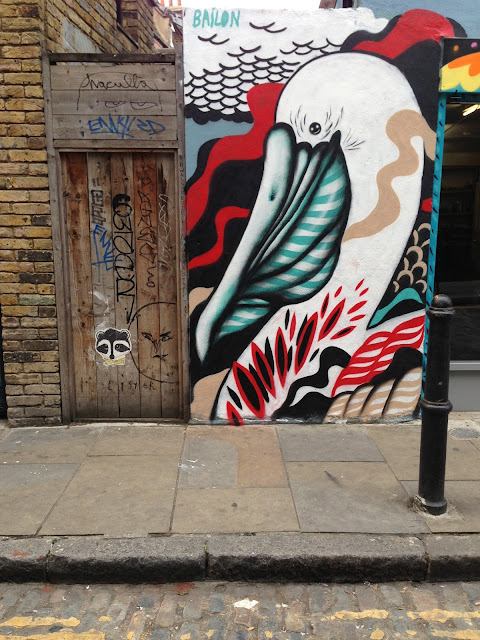 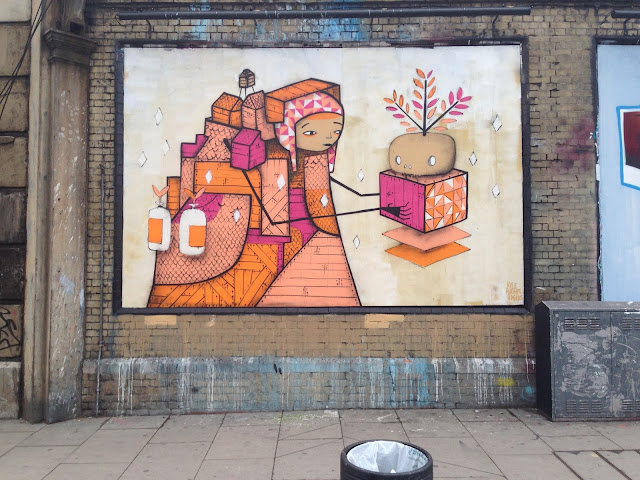 
Curious phonetic challenge reading the name on this artist new to our eyes, do you say "Frah" or "Franarchy"? Another artist completely new to us but some of the pure stencil items we located by FR.A are quite stunning. 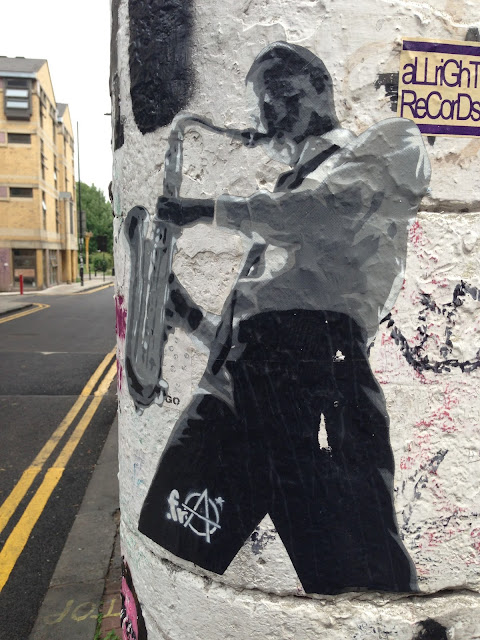 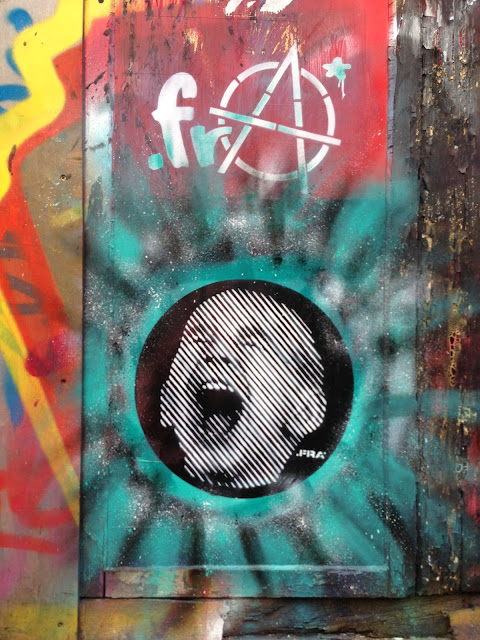 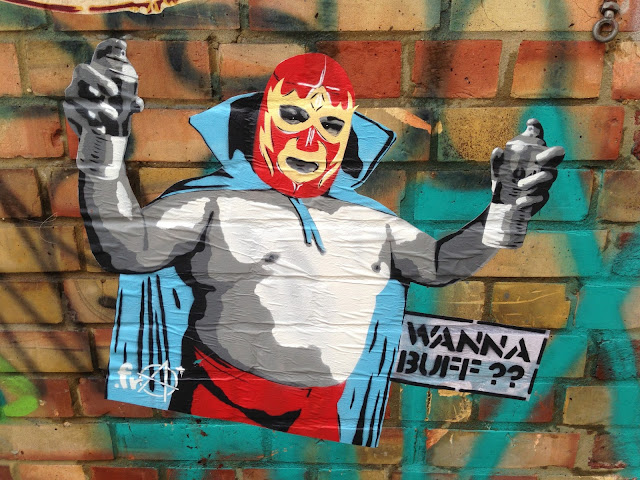 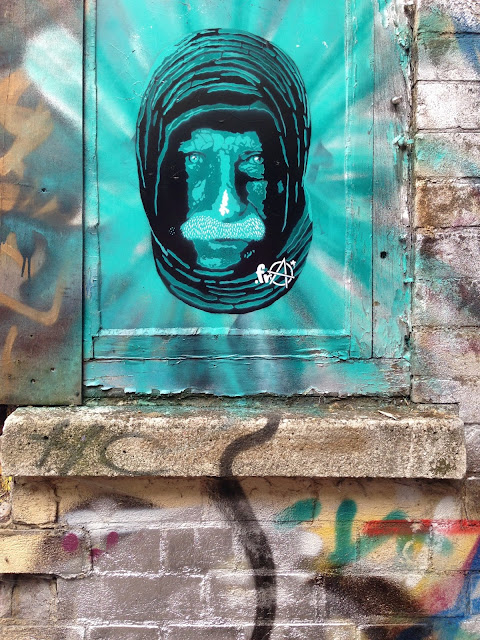 Blog mucker NoLionsinEngland is familiar with the work of INO from Athens and reports that this little beauty is actually quite modest by INO's standards but its great to see another quality artist coming out of Greece. 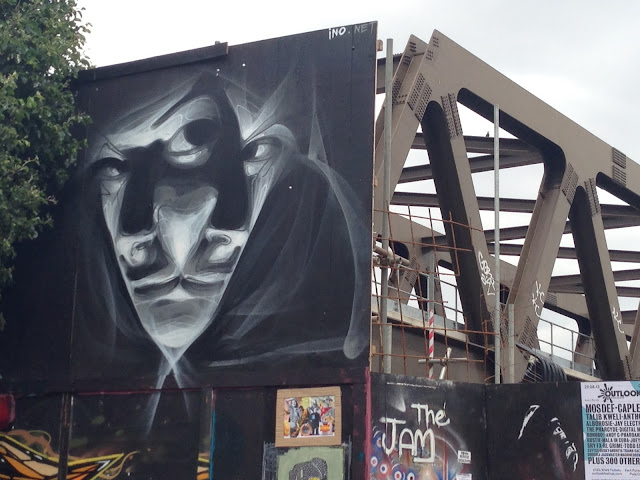 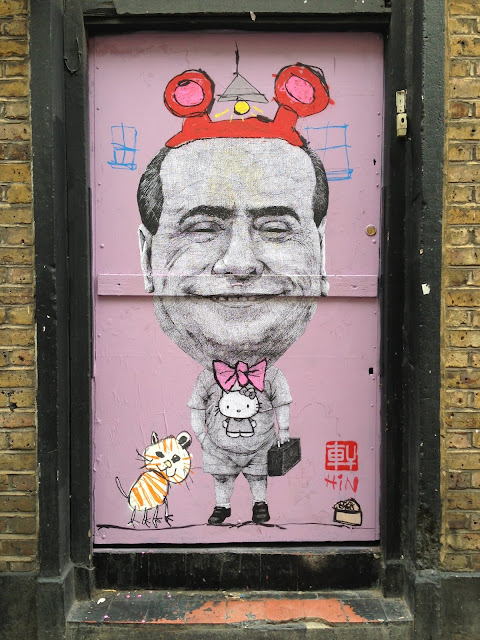 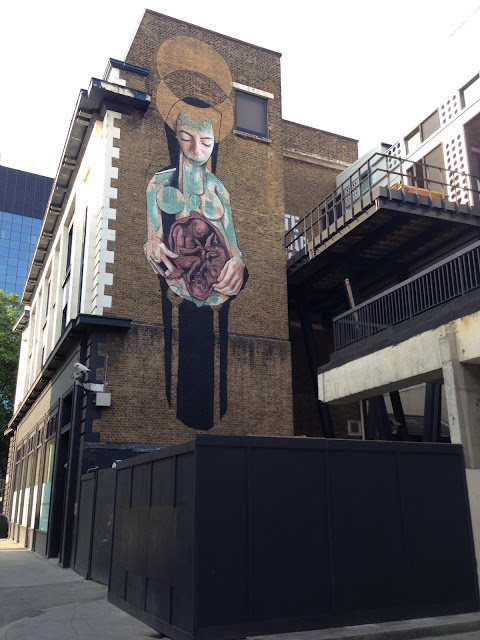 BEST EVER
Posted by HowAboutNo at Saturday, July 13, 2013 No comments: