Nature Is A Whore Street Art 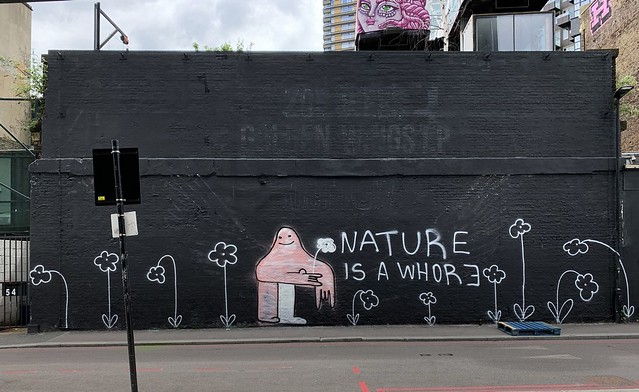 “It was 30 years ago today” that Nirvana released Nevermind, with apologies for that inept abuse of the Beatles’ lyrical mastery and the actual facts (release date Sep 24th 1991). One of the standout tracks on a standout album is “In Bloom”, Kurt Cobain’s lament on the impact of their growing success and within the song is the line “Nature Is A Whore”. Nature Is A Whore is the tagline anointing some but not all of a collection of naïve and economical artworks appearing around London over the past few months. 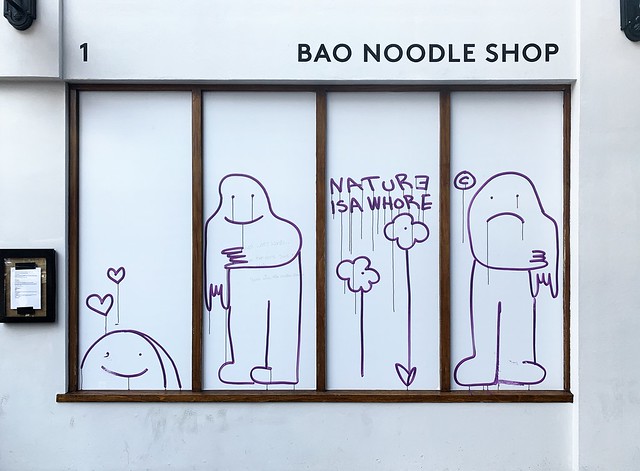 The smile is often innocent, almost angelic and frequently the curiously four fingered character offers flowers or seems to relish the beauty in a fresh cut flower. The crossed arms styling is curious as well, is this a dance move or a gangster style vogue? 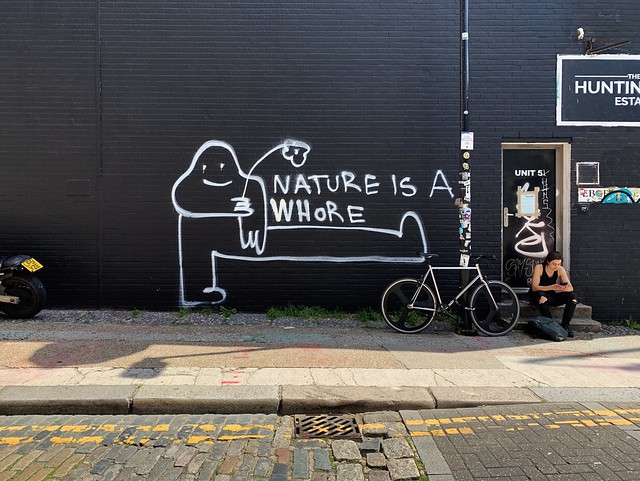 You have got to chuckle when the buff inadvertently facilitates a tinted homage to the original. 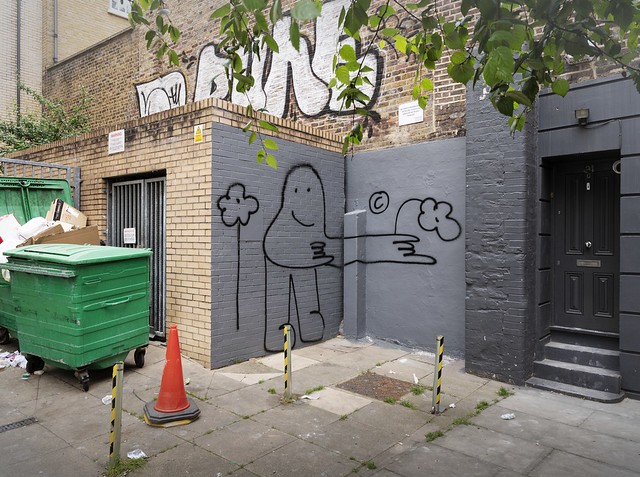 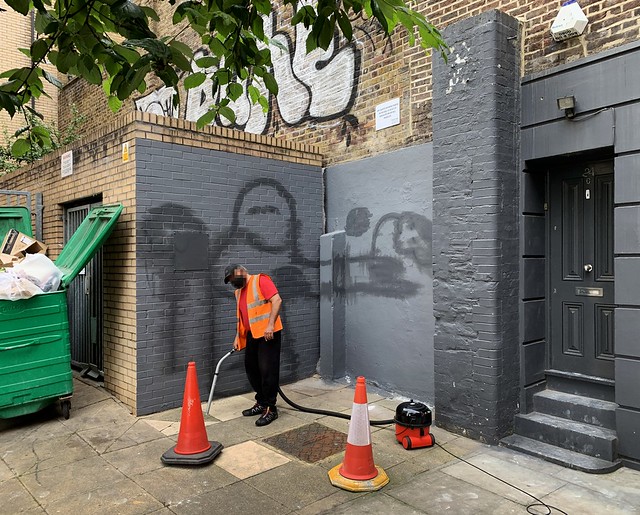 Painting large scale on a couple of currently un-utilised advert walls, the artist is proposing that they are not racist as they have a coloured TV, which at face value looks like a joke available in black and white version but could easily be a very clever statement of a race blind preference for transvestites. 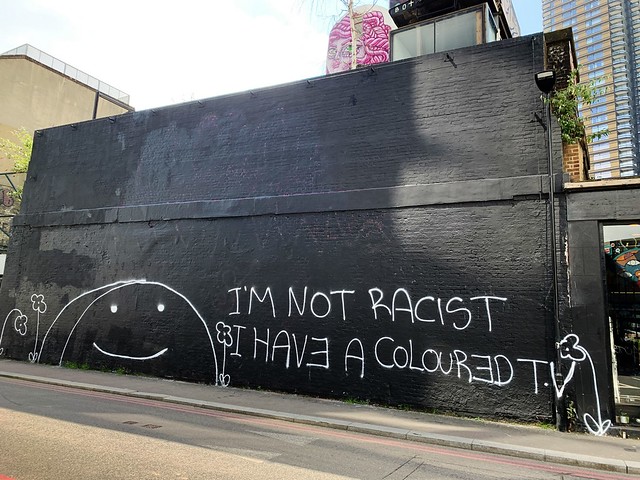 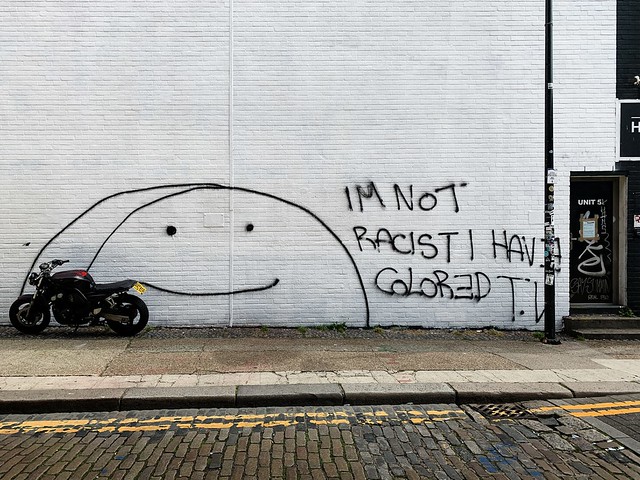 Street art produces a never dry fountain of inspiration, the themes are diverse, the motives varied, the creators are legion and even in a few cases legendary. Sometimes, the artist impulse comes from an anonymous mind whose satisfaction would appear to derive from beautification rather than ego gratification. Thus far, I have no firm idea who these short lived minimalist masterpieces should be attributed to. I am equally curious about the perpetually crossed arms stance. 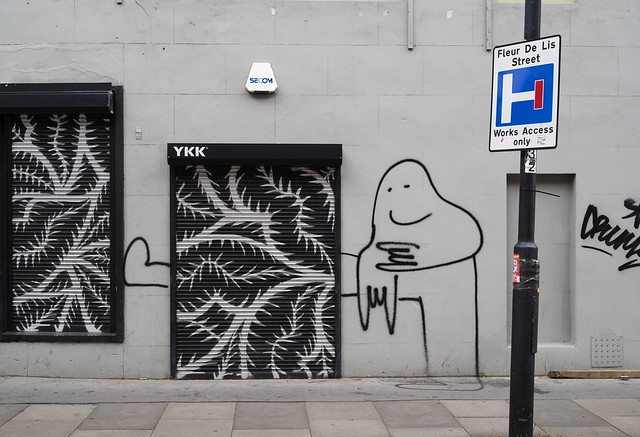 Here is a sample of just a few, guests have report their own sightings of other specimens in other locations. 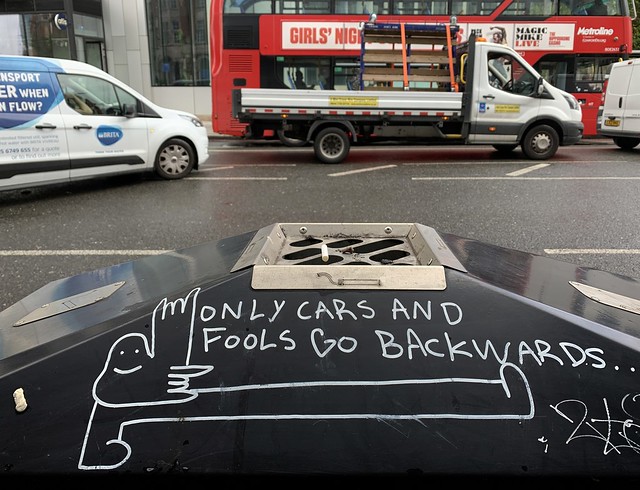 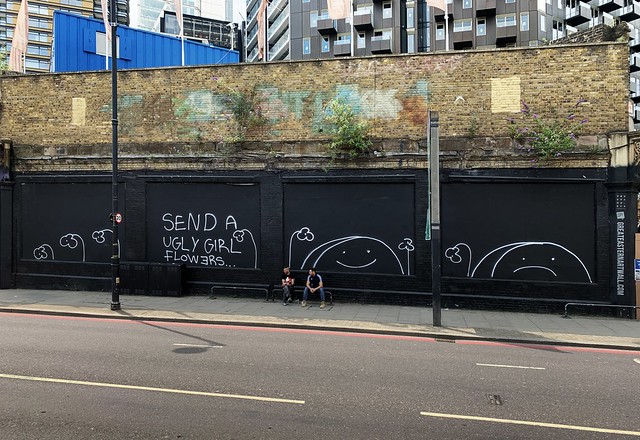 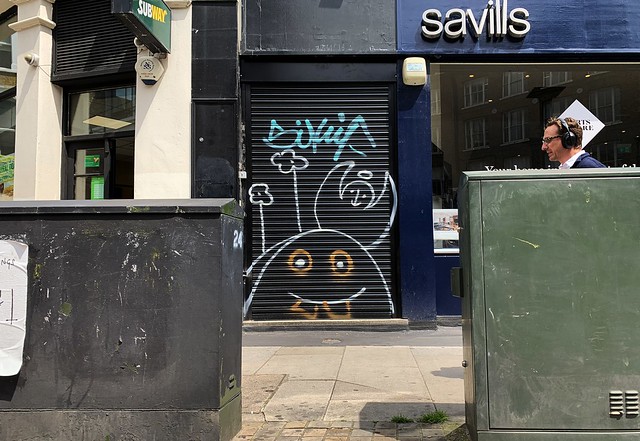 All photos: Dave Stuart
Posted by NoLionsInEngland at Saturday, July 10, 2021 No comments: