ALO Hail To The loser 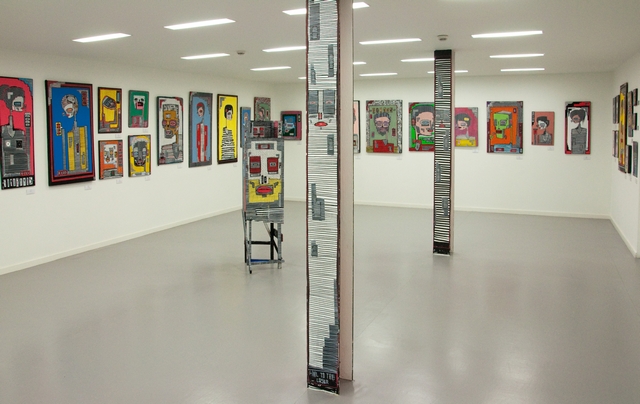 There is a sort of generally accepted progression for ambitious street artists, something along the lines of work on the streets; participate in edgy totally non commercial and correspondingly un-profitable group show in a remote shared space; group show in a permanent gallery in time for the Christmas rush then solo show at a proper urban art gallery. ALO has gone from the streets via the mate’s pop up group shows straight to a solo show at fucking Saatchi gallery!  Fucking as in..” how did he do that? Fucking impressive!”. 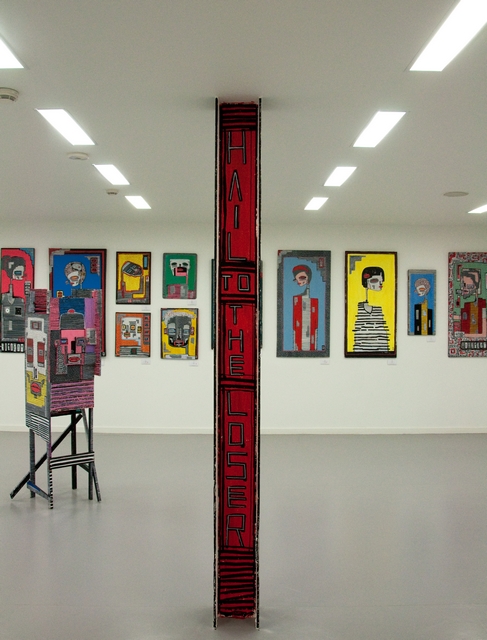 Hail To The loser


January 2011 we first photographed ALO in action on the streets of Shoreditch and were captivated by his ultra colourful naïve expressionist portraits. Initially he worked with paste ups and stickers then, gathering knowledge and confidence around London’s street art scene he progressed to painting directly onto walls. 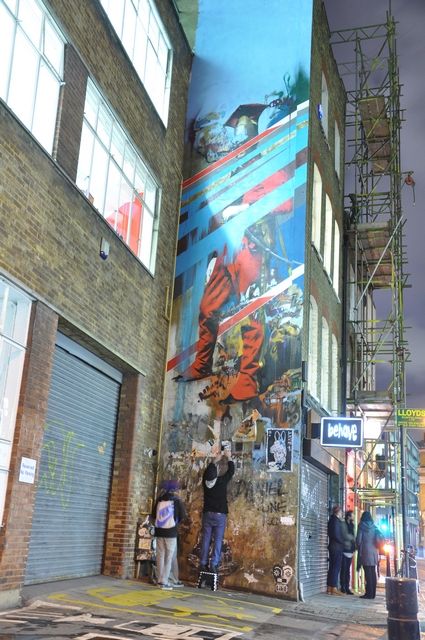 
He rapidly acquired a passionate following among street art literate collectors, the desire increasing with each and every new street piece and in direct proportion to the difficulty in tracking him down (street art forums have been peppered with “I want to buy something from this guy but he’s not on the internet"). 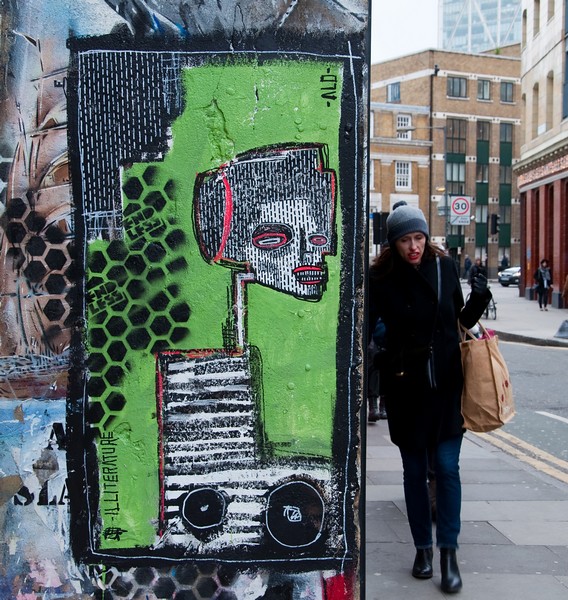 
His art was gobbled up by connected insiders when it first became available “off the walls” at the Fun Factory pop up gallery in Summer 2013.  The clamour for his art has reached a volume entirely justified by the quality alone of his painting, regardless of any “urban” pedigree. 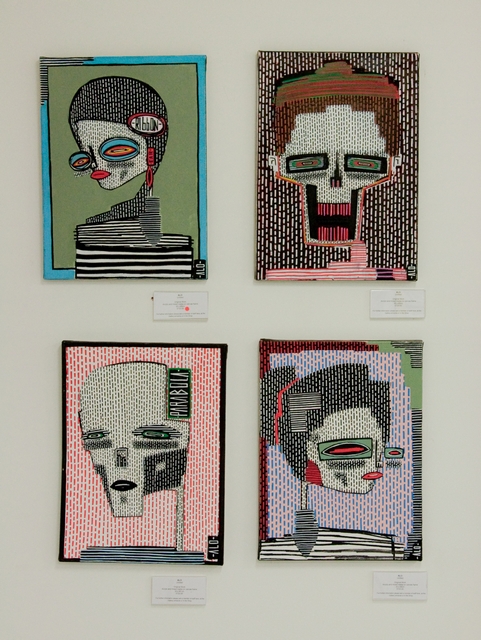 Stylistically ALO has made no compromise when bringing his art off the street into the gallery, other than obviously he is working on canvas and found wood rather than the fixed surfaces of the street.  Hail To The Loser is a direct transportation to the gallery of his street work where he paints the sad, twisted and challenged members of the urban downtrodden. 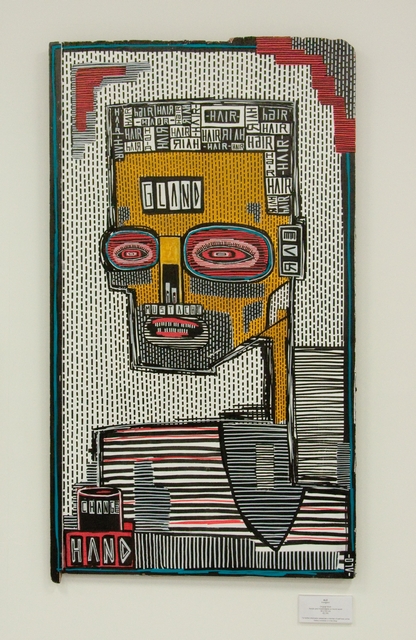 
ALO world is our world, populated by the damaged, twisted and cracked unfortunates. Beggars and alcoholics abound, though the drug addicts that sometimes lurk in ALO’s street art seem to have checked in at rehab.  Cigarettes, alcohol, painkillers and guns are the props for life for ALO’s characters. His fragile female characters acquire a slender mascara eyed heroin chic while his gentlemen reflect hard lives in their cracked faces and bloodshot eyes. 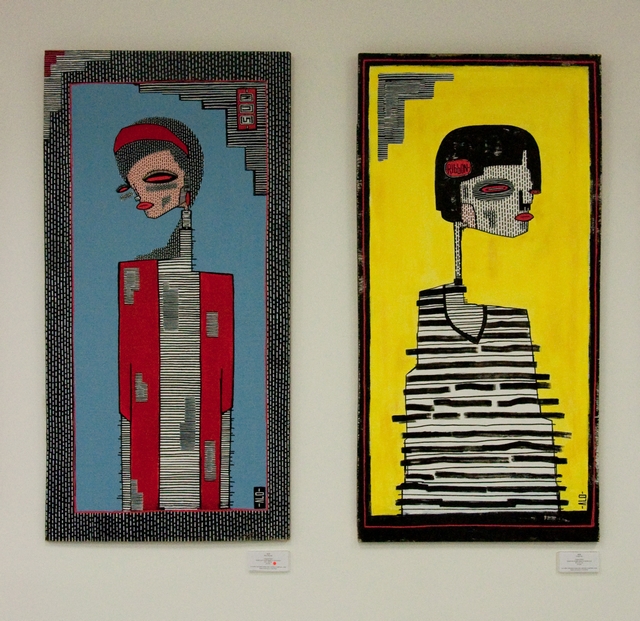 
With ALO’s work, the elephant in the room is the resemblance to some of the elements of the work of Jean Michel Basquiat.   ALO is greatly informed by German expressionism he tells us and he cites artists such as the drug dependant alcoholic Bavarian Ernst Ludwig Kirchner (1880 – 1938) whose work was denounced as “degenerate” by the Nazis in pre-war Germany and Jutland born Emil Nolde (1857 – 1956) whose art was also caught up in the “degenerate art” purge. ALO resists similarities between his work and the flat, colourful expressionist paintings of Basquiat but though they may be accidental,  I’m afraid I can’t tear myself away from the thought that there are parallels.

One element of ALO’s work which remain open to the individual’s interpretation are the machine gun scattering of dashes down the canvas, possibly this is falling rain, which would be the environmental conditioning most of his street characters would have to endure as a fact of life 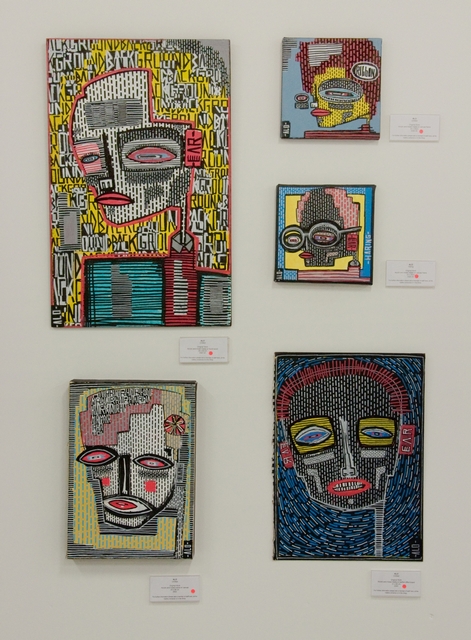 An element which we wouldn’t have seen before on the streets from ALO are the rough sculptures, the main one bringing his flat portraits off the wall into a boxy three dimensional reality, rendering them as multi faceted personalities. 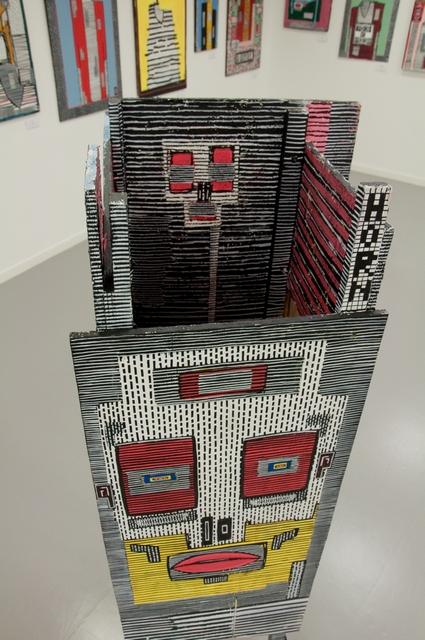 
This is all forms of life emerging from the cracks of the urban ghetto although these works are destined for a rather hipster ghetto where they should remind us that in life’s roulette, we are all ultimately losers. 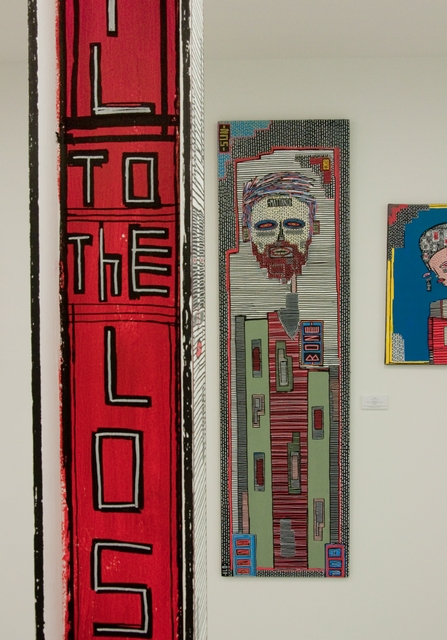 Portrait Of A Man


It is quite an achievment for an artist such as ALO to get a solo show at a prestigious "proper" art gallery like Saatchi, particularly when the blurb incorporates words like "self taught" and its unspoken cousin "Outsider", which usually have the establishment art snobs running a mile.  Sadly we are denied the one image the Saatchi Gallery is really crying out for, a girl with someone’s hand around her throat ;-)

For more images from the show, check here. 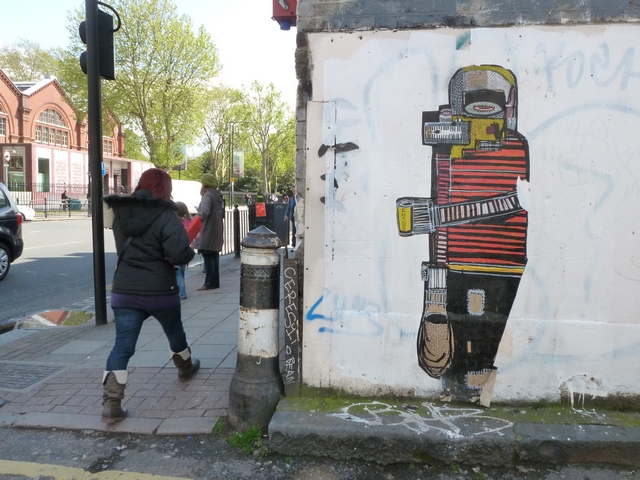 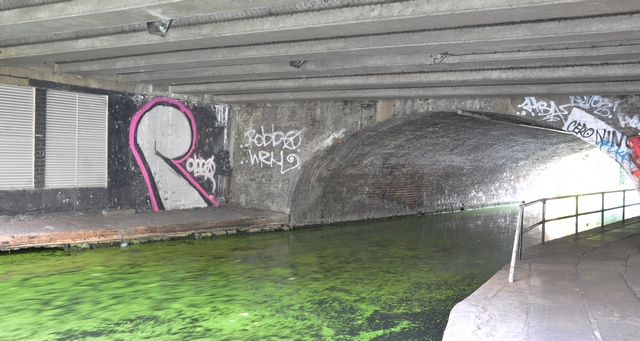 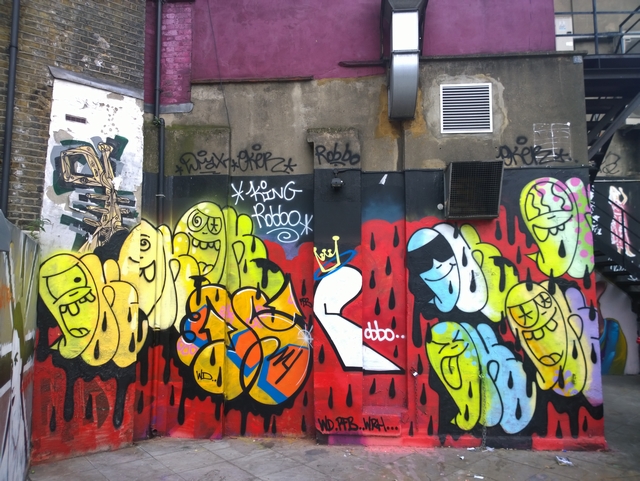 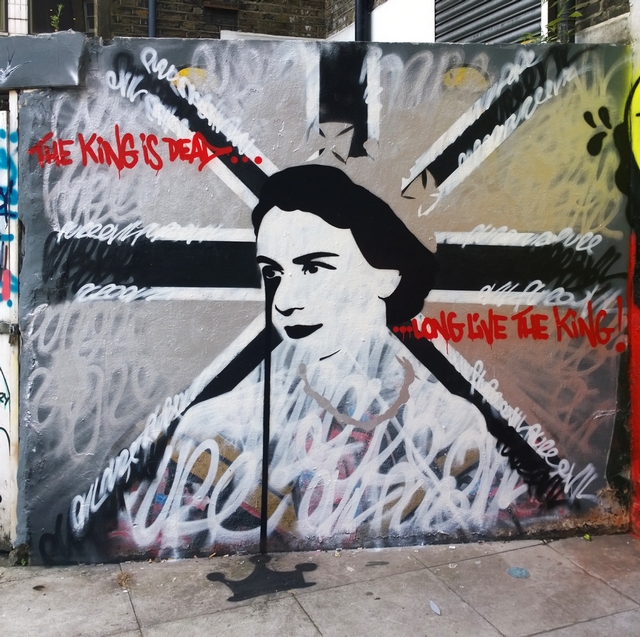 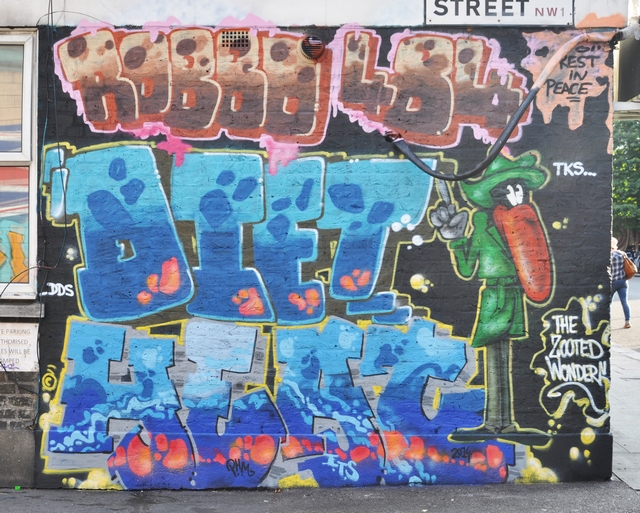 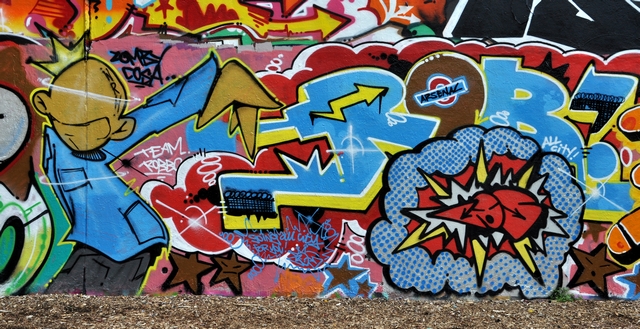 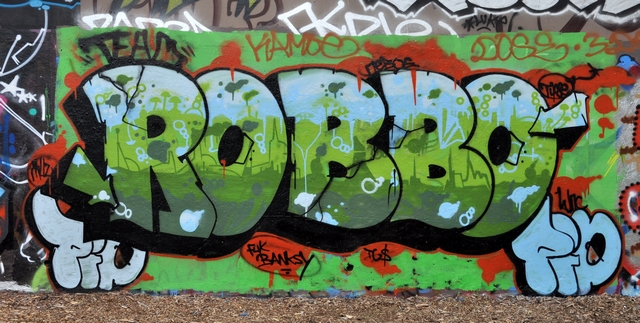 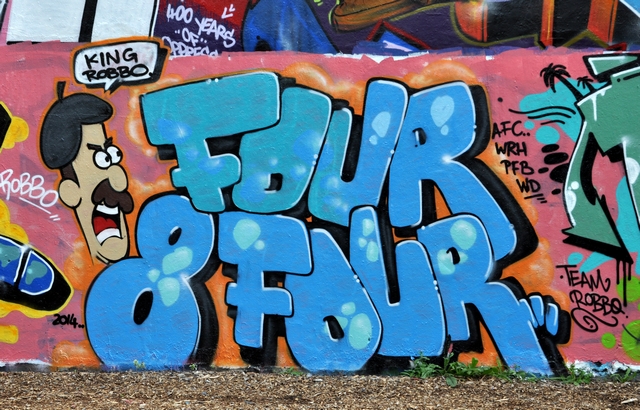 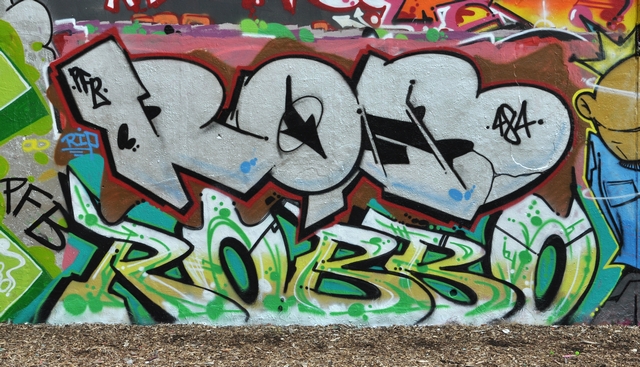 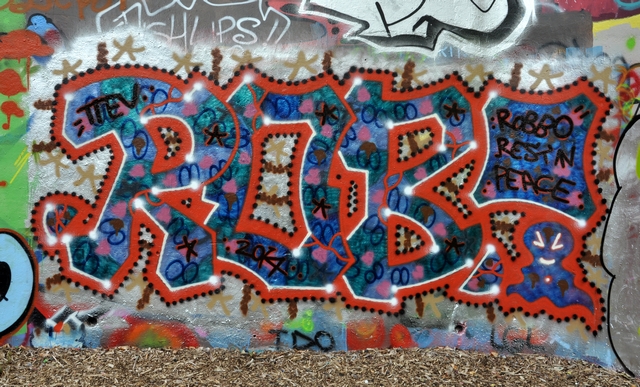 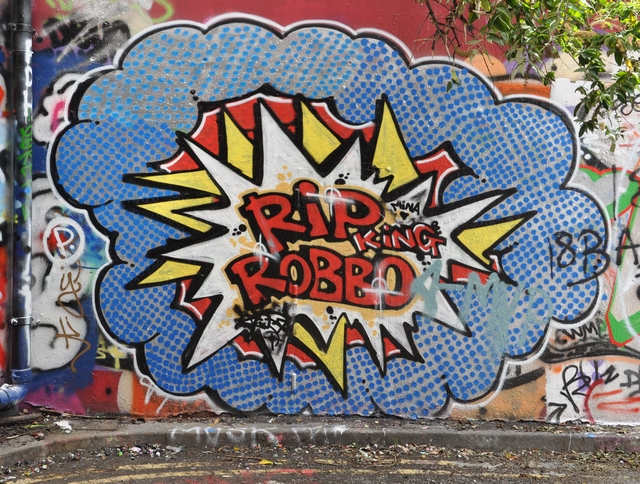 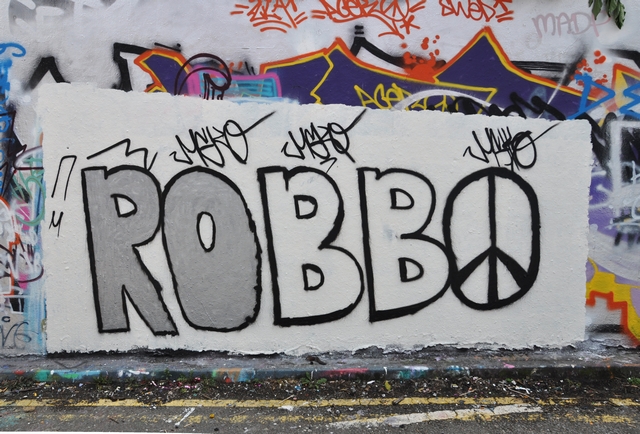