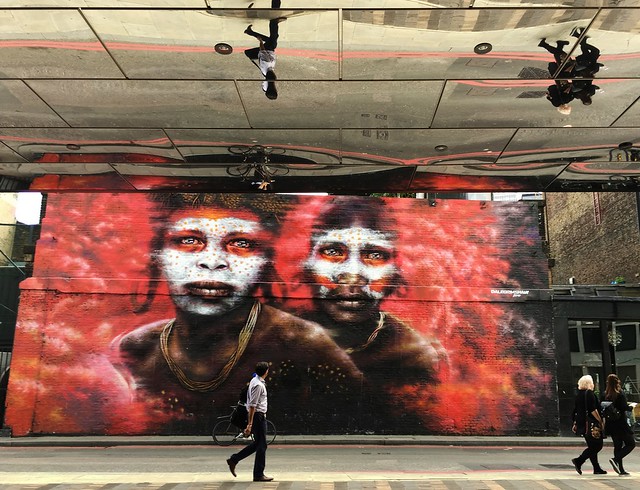 
Street artist Dale Grimshaw featured in a brilliant BBC programme on TV last night so here is a little profile of Dale’s street art pedigree and a huge recommendation that you to catch up with Dale’s moment of TV glory. 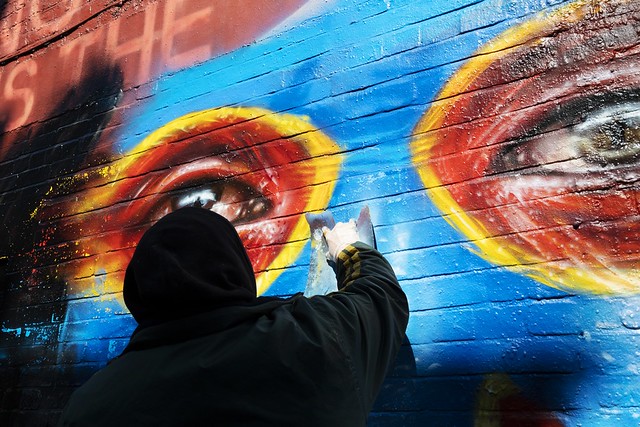 
In the early years, from about 2009 Dale Grimshaw put paste up street art featuring elaborate dynamic portraits. Motion was a key characteristic, bodies plummeted from the skies, subjects kicked out at us, heads twisted with dizzying speed. 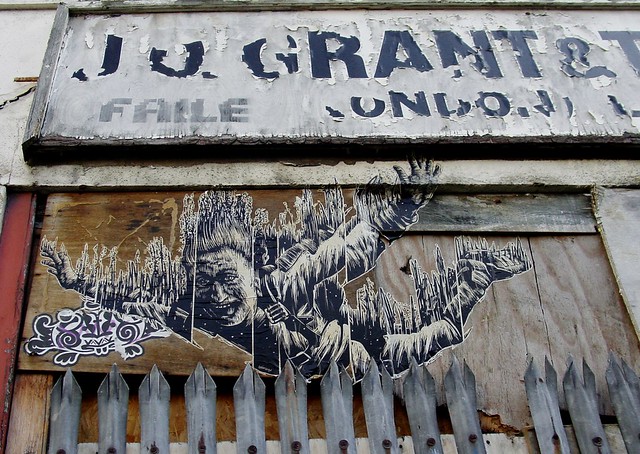 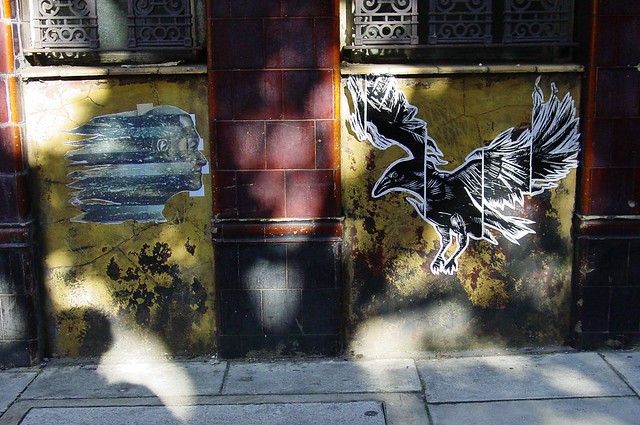 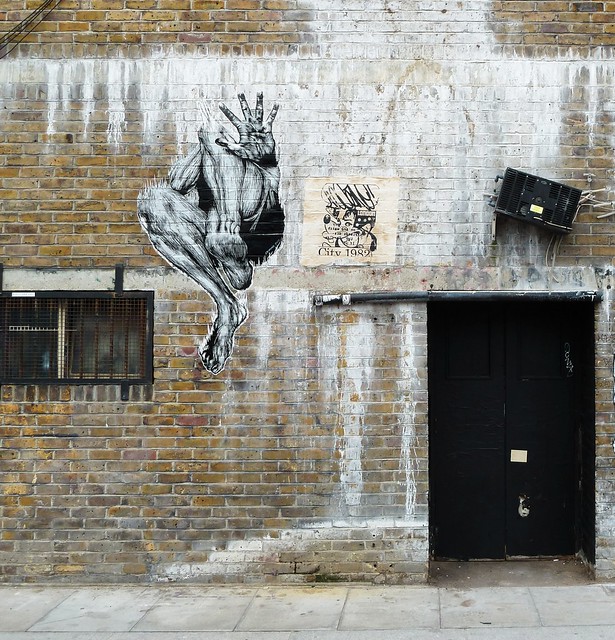 
Dale’s involvement in the scene extended to running the Signal Gallery in Shoreditch with his partner. They staged exciting shows by street art luminaries such as Jef Aerosol and C215 and urban art stars including Matt Small and Jaybo, all of whom are predominantly portraiture specialists. Of course there were also several great Grimshaw shows. 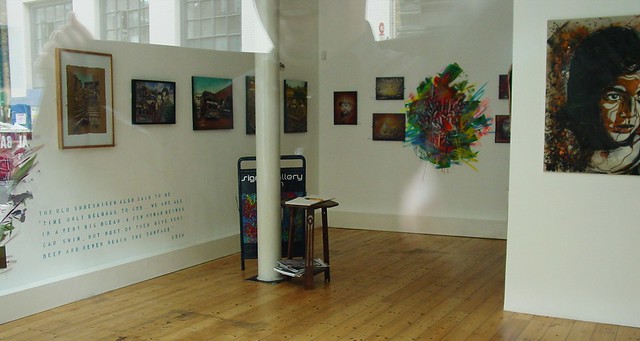 
Although Dale did paint murals on permission walls right from the off, his distinctive aboriginal portraits emerged in spraypainted mural form about 10 years ago. 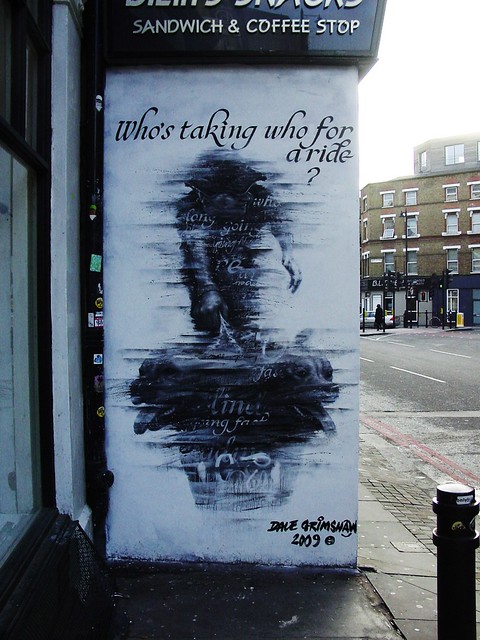 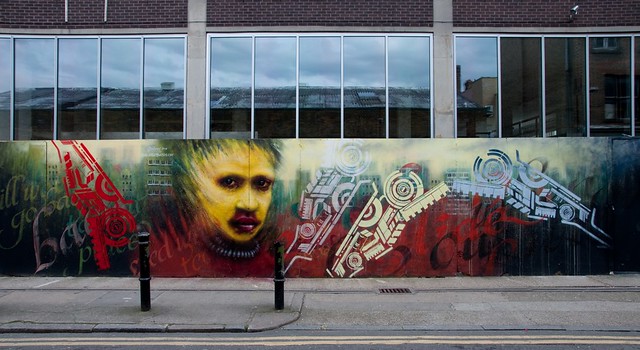 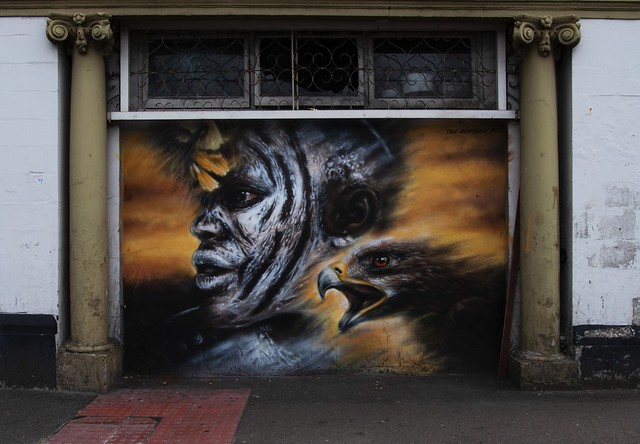 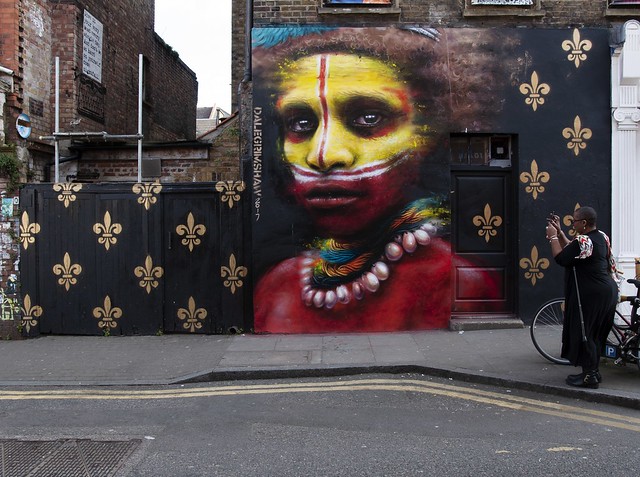 
Portrait paintings have been an indulgence for rulers, kings, religious icons and rich art patrons with the moolah necessary to immortalise their image through portrait commissions. Extraordinary Portraits, presented on the BBC by British rapper Tinie Tempah redresses the balance pairing unsung heroes with artists for a portrait sitting to honour real people and real lives. For this edition Tinie matches up Dale Grimshaw with Patrick Hutchinson who made the front pages world wide in 2020 for his selfless rescue of an isolated white BLM “counter protestor” under attack. 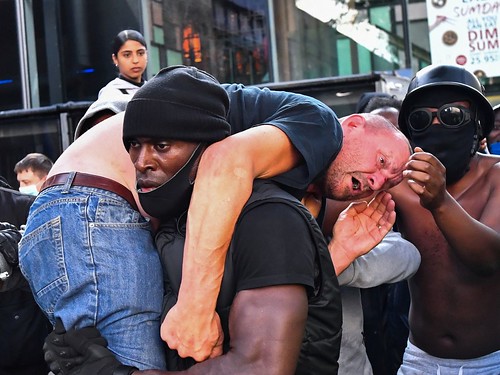 
After Dale and Patrick’s initial meeting the programme pursues Dale’s commitment to reveal something deeper than the superficially obvious, they meet Patrick’s family, visit his place of work and then of course there is the grand reveal. Fascinating sequences unveil Dale’s photography session, his varied and very detailed painting process and his studio environment. It’s not just about Dale of course, Patrick is an equally heart-warming character and it is quickly apparent that his credentials as a role model for humanity and harmony go way deeper than that one photographed incident. 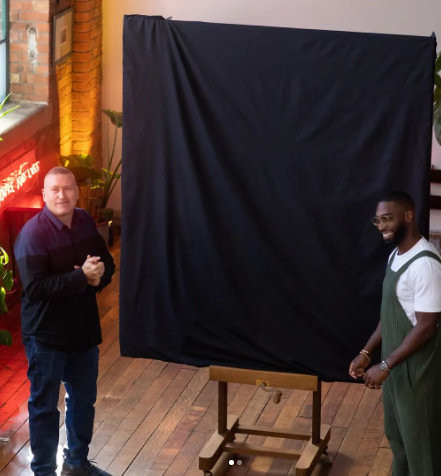 
What has Dale painted? Will the family like it? To find out track down Extraordinary Portraits Series 1 Episode 3 (link HERE), available on BBC iPlayer until April 2023.

Photos: Dave Stuart except where noted