I travel on overland rail in the UK maybe a dozen times a year. Filter that for sober trips with a charged camera and I have more chance of winning the lottery than I do spotting graff on rolling steel. So it was with delight on my way to Gatwick that I spotted this beauty heading South somewhere near Croydon. Hot shit rather than crap tags, the piece on the left appears to be Gekoe, can anyone read the right one? 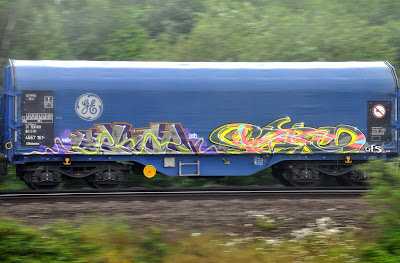 Gekoe and ? Thanks to Bravo99 for tarting up the pic


On to the Greek island of Kos en famille.   About a mile from our hotel, past the Italian hotel (bella, bella), past the German hotel (put ‘em away love) we came across a rather intriguing landscape of balancing stone piles. Reminds me of Richard Long's landscape natural work. I remember a few years back a micro-debate on a forum as to whether some geezer balancing stones could legitimately claim to be an artist. These piles were curious, effective, pointless, thought provoking and fun. Sounds like a reasonable definition of art dontyathink. 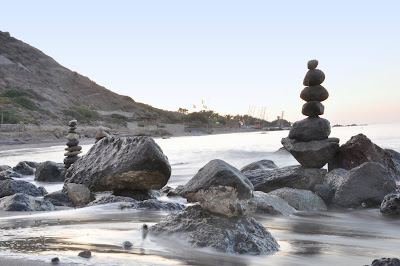 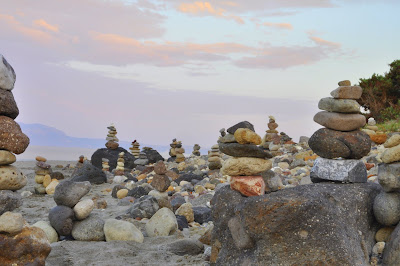 
Back to Athens and a short hour carved out of a packed week of indulgent corporate lotus eating (call that work?) was devoted to a quick whizz around Monisteraki , last explored two years ago and reported here and here.


A surprising amount of stuff found two years ago still survives intact, suggesting not so much tolerance as no budget for the buff.

A nice treat was coming across a large mural by favourite Greek artist Alexandros Vasmoulakis, no idea how old it might be though. 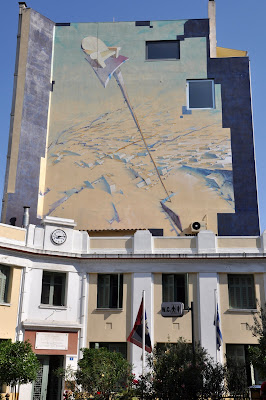 
Street artist Pete always pleases the eye with his doom-laden shadowy portraits, hadn’t previously seen one directly contextualising the street as gallery in this framed style. 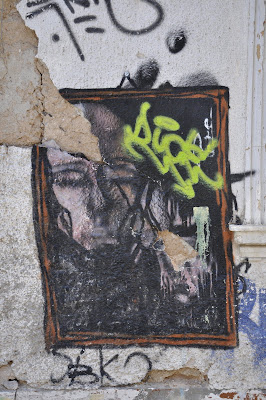 
Unsurprisingly we found some more old stuff by friend of Graffoto The Krah. 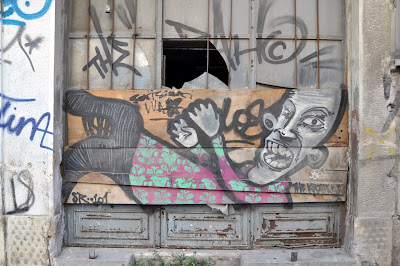 
The Pete and Krah flicks above demonstrate the fabulous ambient surface textures, colours and decay that Athenians get to work on but it's not all crumbling ruins. Near the station on a clean and rather boring wall the unknown Greek street artist casts a wry reflection on the state of Greek society as the IMF try to bang some sense into the place. 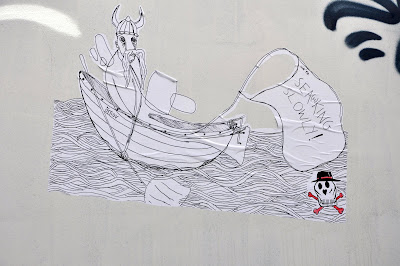 
Speaking of the parlous state of the economy, one curious symptom is offered by Athens' proliferation of legal and illegal road-side advertising. Huge numbers of advertising hoardings across the city have been blanked out, I guess this is the advertisers not having enough paid adverts to cover up old ads when their rented time has expired, no pointing in letting the previous advertisers getting free extensions of their time I suppose. A second theory may be that the authorities are cracking down on illegal un-licensed advertising spots but too many of them looked like flash mechanised rotating jobs that would surely be too expensive to put up un-licensed. Most unlikely to be the work of an Athenian Posterboy copycat. 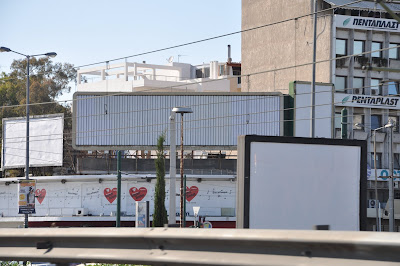 On the graff side, it was curious to see the major highway from Kiffisias to the Airport completely free of graff, every other dual carriageway is absolutely battered. The taxi driver told me that on that stretch of road any graffiti that appeared overnight was cleaned first thing in the morning and graffiti writers considered it a challenge and a major accomplishment to get anything there that lasted. Won’t take that route in future. More typical of the major routes into the centre is the well spanked appearance of this building. 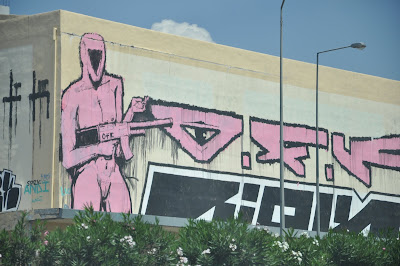 
Un-expectedly in a state implementing severe austerity measures and switching to taxation by guessing your income, and contrary to the earlier guess that no money is wasted on clearing graffiti or pursuing offenders, a somewhat lethargic buff squad was encountered off the beaten track though their effort didn’t stretch beyond peeling off the easy bits of ancient fly posters. 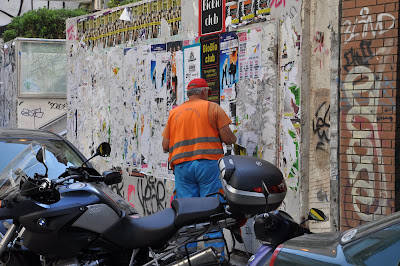 
One of the highlights of this whirlwind graff tourism was a couple of big arse booming roller jobs by prolific all-city LIFO. Sadly the camera had a hissy fit and deleted pictures of one up the top of Syngrou Avenue but this beauty overlooking the square outside Monisteraki tube has got it all, scale, crispness, drips and screaming the name in your face. 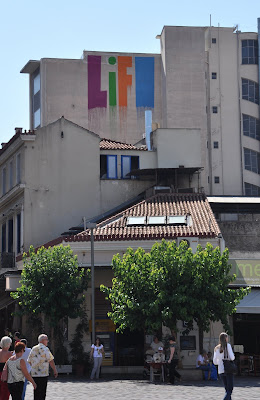 
This visit to Athens was a bit hectic, spent mainly flogging up and down the coast road between Vouliagmeni, Castella and Piraeus with the train journey and short wander around Monisteraki being the only brief incursion towards the centre and North. A future visit hopefully will include a whizz down the street that runs parallel to the metro line between Petralona and Thiseou, the view from the train suggests everything from legal top to bottom buildings to pieces and roof top dubs and fire extinguisher jobs. If it happens you’ll be first to know. 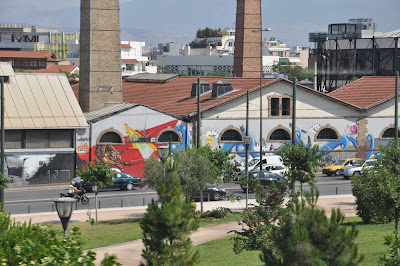 The best of the rest of my flicks of Athens street art and graff can be seen here
Posted by NoLionsInEngland at Friday, June 18, 2010 No comments: