dr. d is one of London’s more mysterious street art institutions, their (the mystery extends to doubt as to whether dr. d is singular, plural, boy or girl) manipulation and subversion of street billboards flickers at the edge of public conscious, playing games via a medium most of us have learnt to filter off our radar screens. 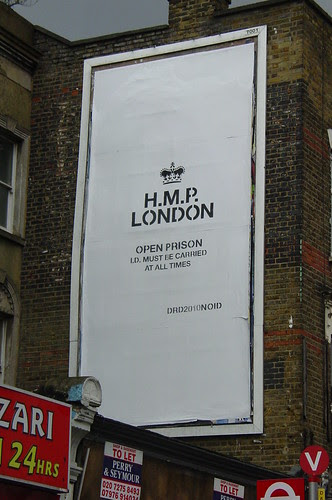 dr. d rails against Big Brother state intrusion, the supremacy of commerce’s self interests and suppression of basic human rights in totalitarian states. They probably haggle upwards over the price of their fair trade pint of milk as well. Scale is not an issue with Dr. d, simply the bigger the better. The most recent example being this response to Welsh “Best newcomer 2008” Duffy’s rapid escalation to coca cola bunny. 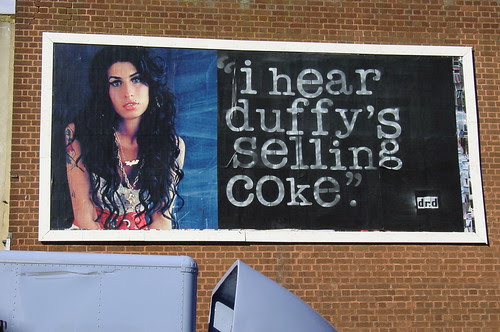 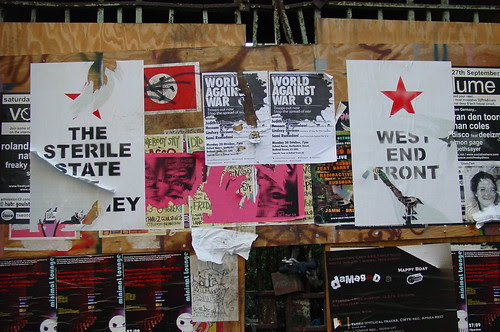 The Sterile State Of Hackney

Last year’s Olympic games provided a focus for protest against suppression and exploitation within China and even its occupation of Tibet, dr.d pasted a blood slashed “Made In China” poster all city. 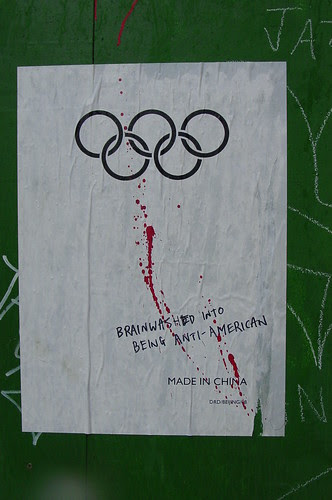 An open and normally functioning launderette has been take over as the home base for a dr. d installation of anti propaganda propaganda, the attendant crowd being a mix of rough trendies and rough clothes washers. 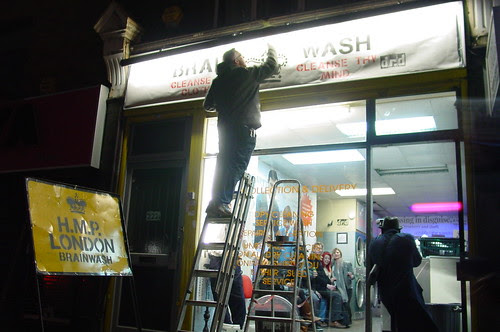 Wash Thy Clothes, Wash Thy Mind

The walls of the launderette are pasted over with a montage of images of a 1950s stereotypical, almost mythological, homely goodness intertwined with the kind of proclamations a big brother society might make to anaesthetize a powerless population against the state’s power building activities. 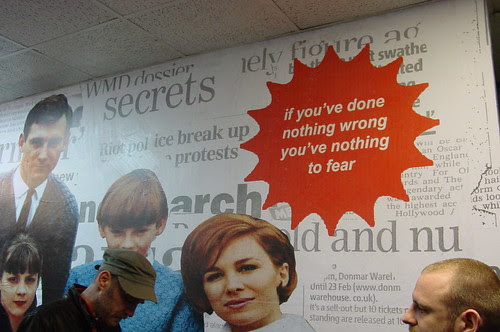 The government sanctioned erosion of the individual’s right to privacy and the conflict between freedom and total monitoring of private individual’s lives and movements is mocked through the strings of official platitudes. 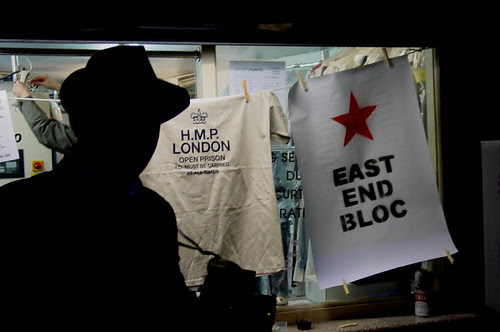 London is touted as being the most CCTV rich city in the World and dr. d peppers the launderette with cameras which twist and crane to capture all our private moments, whilst providing us with official H.M.P (Her Majesty’s Prison) warnings whose subtext would read “you’ve been warned AND there is sod all you can do about it”. The kind of thing which implies a choice where none really exists, “eyeball scan Sir?”. 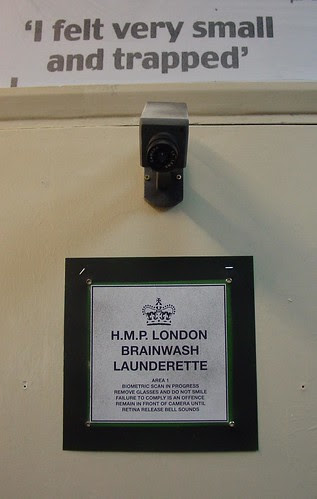 The presence of dark, shadowy spooks lampoons the invasion of our privacy by the state, though if dr. d was present at the opening he/she/they were notably camera shy. 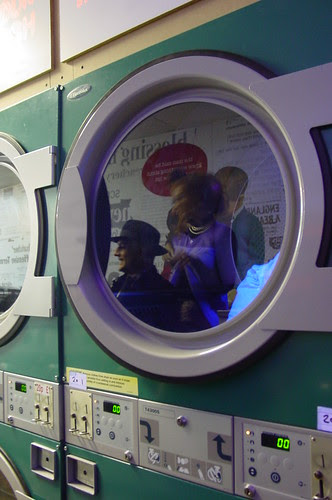 Even in a world where old municipal baths and school halls are being pressed into service as novelty galleries, the concept of staging an art protest show in a launderette is radical. Fears that the Brainwash edifice might amount to nothing more substantial than an insignificant subversion of a small corner of a laundromat are laid to rest by the comprehensive makeover given to the utilitarian urban space. 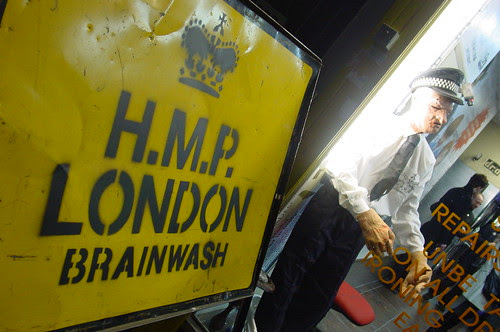 dr. d’s protest is that all your communications are monitored, all your movements observed and even the secrets of your DNA and the intimate patterns within your eyeball are now not only no longer private but they are actively used by the authorities to control your movements and your access to freedoms that previous generations fought to preserve. Brainwashing is a bit of a stretch, dr. d’s punk pro-individuality sentiment strikes a blow for an anti authoritarianism which is highly relevant in a world where fabricated excuses are used to justify excessive state control of the basic freedoms of London’s population.


More pictures of a launderette and other dr.d infrastructure here

More re-arranged billboards and commercial lies pricked on dr. d's website. Check the Billboards link, my kids laughed themselves sick at "I broke wind, will the poo fall out". I consider their education complete.
Posted by NoLionsInEngland at Saturday, March 07, 2009 2 comments: