If there is a niche for graffiti writers who paint exquisite, delicate nature pieces with a dash of fantasy landscape thrown in then a huge chunk gets filled by Hull’s finest escapee, Xenz. 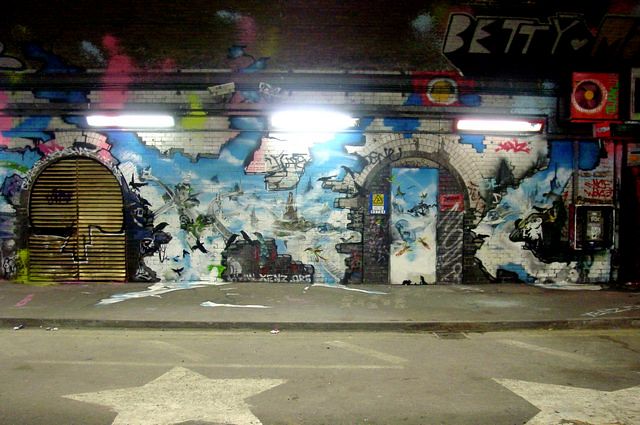 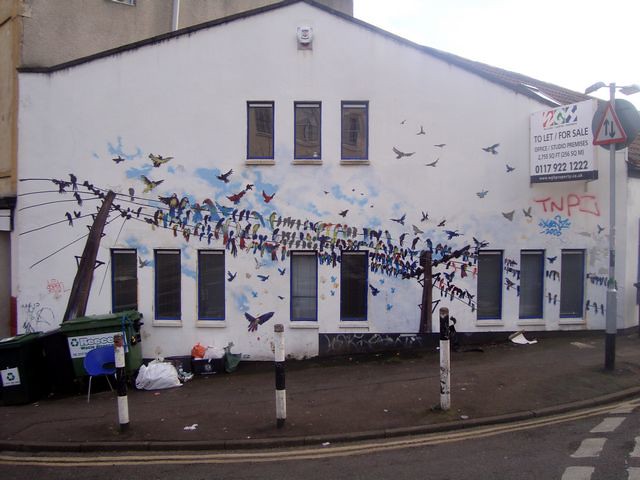 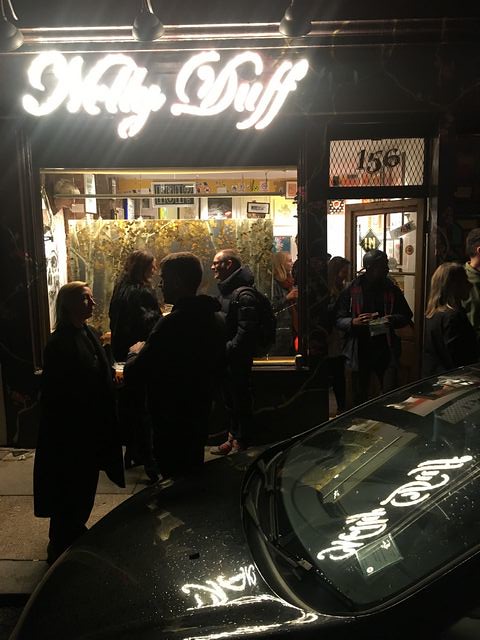 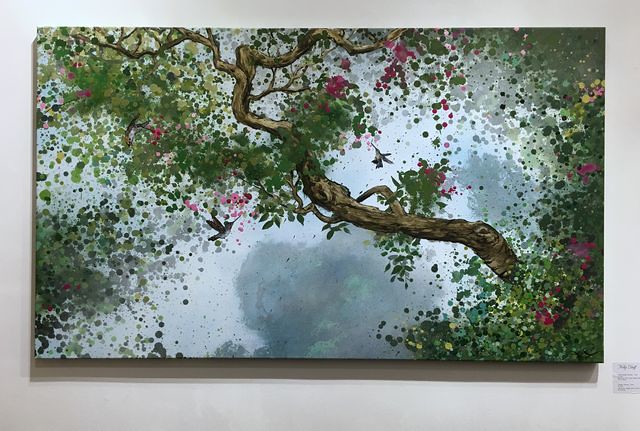 
Duffers and Dufferettes, as the gallery likes to calls its fans, will be well aware that Nelly Duff has an extraordinary knack for a lush piece of art so when Xenz casts his beadies over the eye candy hanging on the ground floor he figured that going circular would be one way to stand out among the rectangular wall fillers, now we know the circumstance of the circumference in this impressive collection. 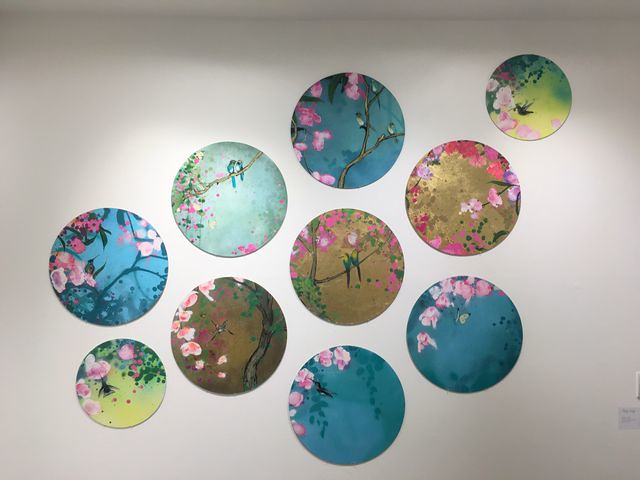 Elegance is a word that sits very comfortably in a description of a Xenz painting though the graffiti writer always lurks among the branches, literally. As a graffiti writer the letterform must reign paramount and outdoors Xenz produces stunning landscape paintings with his name cunningly disguised within the branches and trees. 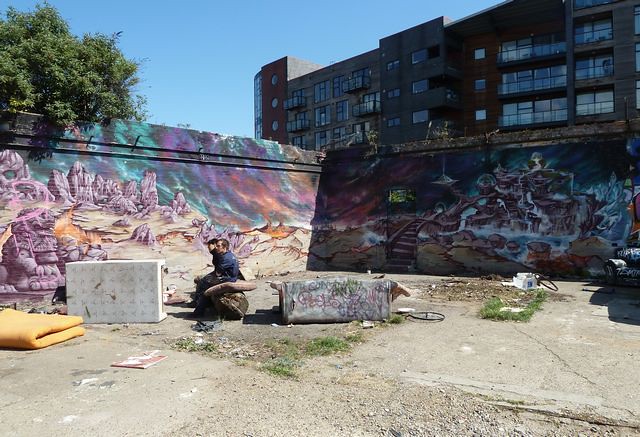 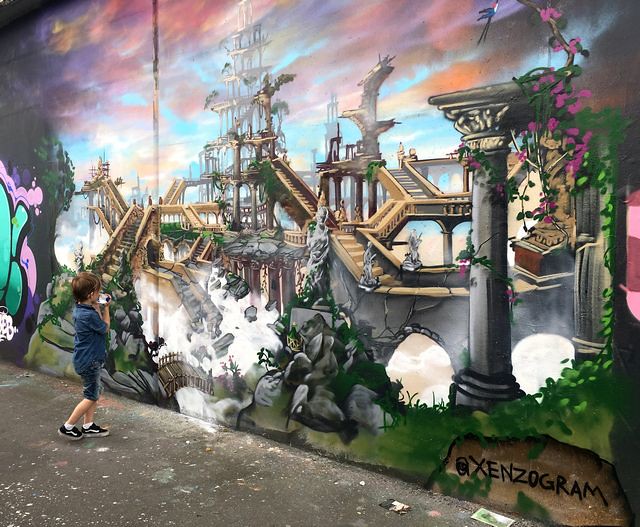 Meeting of Styles 2019 (this young man was just entranced by Xenz'z mural, beautiful to see)


The painting in the show may look a million miles from any graffiti aesthetic but look closely, again the letters are subtly secreted inside the lines of the flora. Illustrated by "mouseover" on the next image - best viewed on desktop or laptop rather than mobiles or tablets 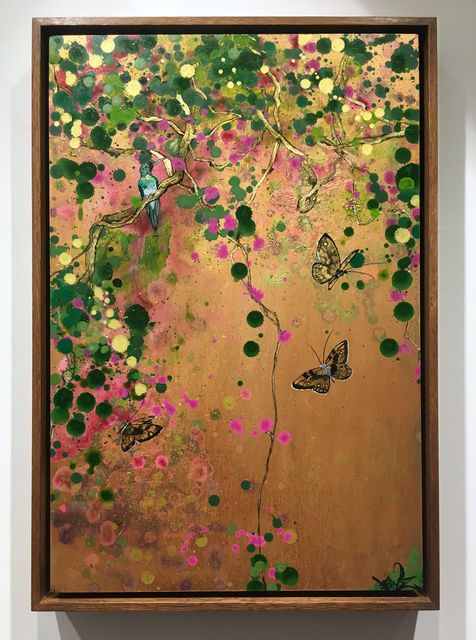 The circular paintings were inspired by the zen buddist ensō symbol, ensō circles capture a concept of fulfilment, calm, strength and most particularly, elegance and enlightenment. 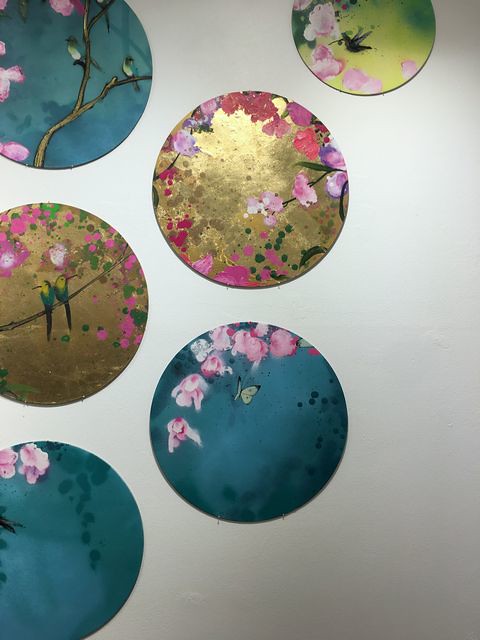 A collection of beautiful watery paintings on handmade paper discs roughly a foot in diameter were painted in a very gestural manner; simple colours , dots, lines and drips were applied and left as they fell, no corrections, no smoothing of curves or sharpening of edges and a sense of grace and flow in the finished article is clear. 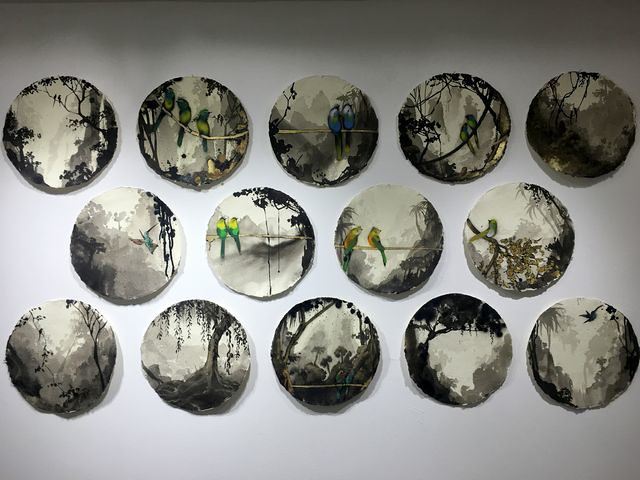 Sketches From The Valleys Of The Shadows 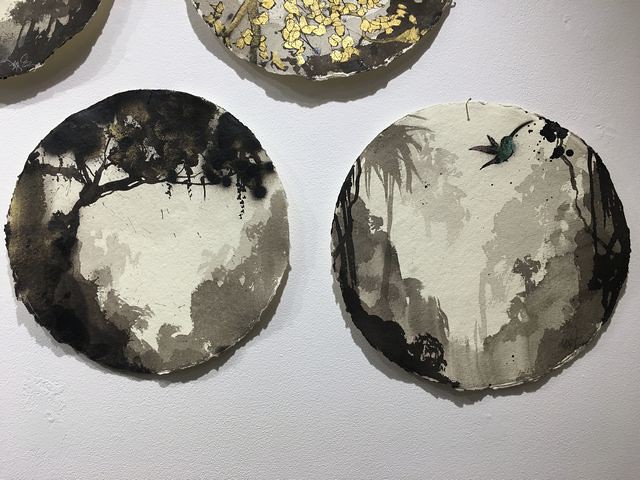 Graffiti writers love to show off their skill versatility and wit by writing alternative spellings of their monikers and Xenz was quick to spot that if you corrupt the label ensō by simply adding an x in front, you have almost got Xenz’z name ready made in there. It deserves a new form for the possessive. 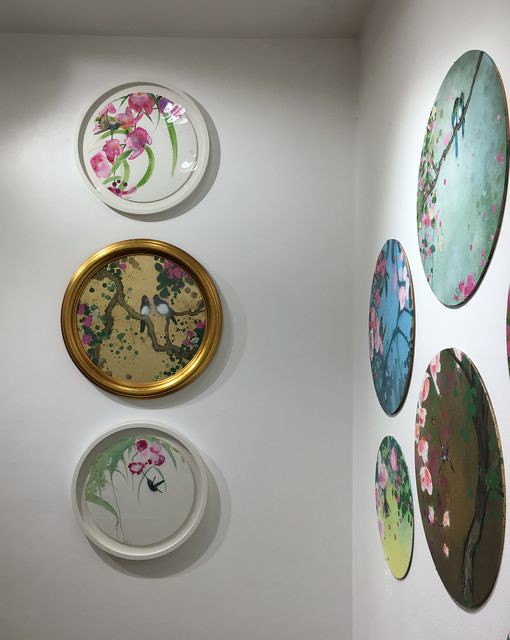 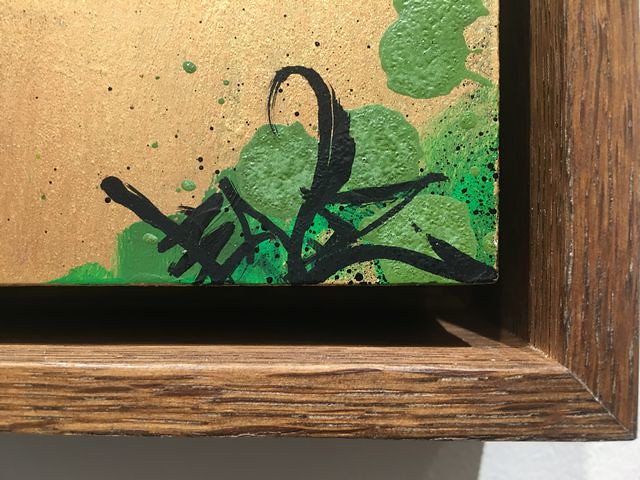 
Xenz’z interior art has often featured wispy forest fronds and filaments frequented by flying fauna. The colourful birds flitting through the branches and hovering in front of soft petals are based on humming birds. This goes back to an occasion when Xenz was enjoying some traditional hospitality high up a Jamaican mountain when a long tailed humming bird flitted out of the forest canopy to perch on his finger like it owned it. A few magical seconds and some herb imprinted the experience in Xenz’z mind and thence into his art. 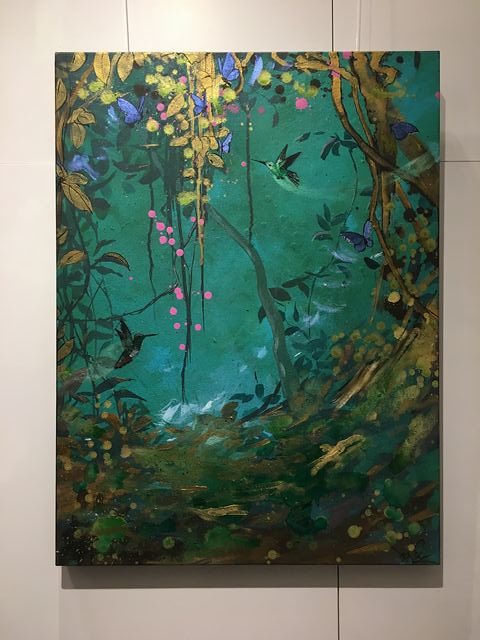 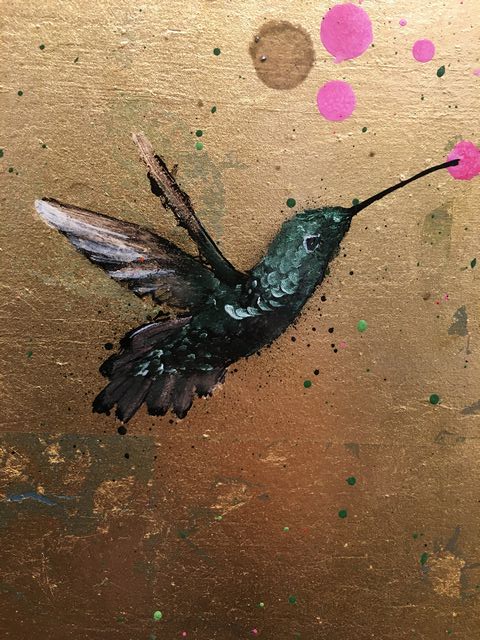 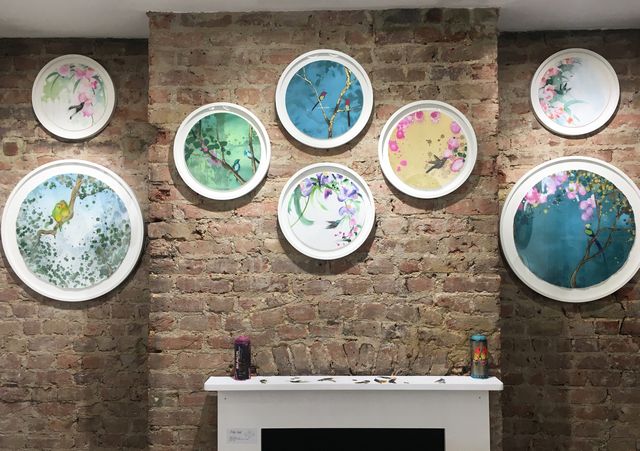 Nelly Duff’s upstairs lounges is a homely snug, embodied in the slightly stained and battered looking lintels over the fireplaces. Xenz happened to notice some circular coffee cup stains and that triggered his ensō reflex, so he added some beautiful birds. There’s nothing quite as naughty as a little tagging indoors. 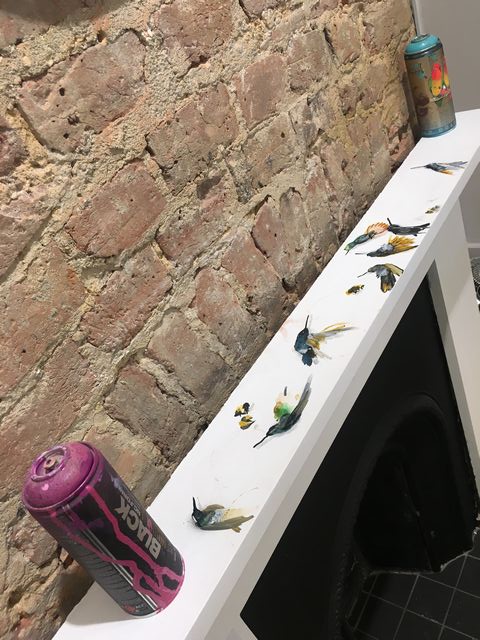 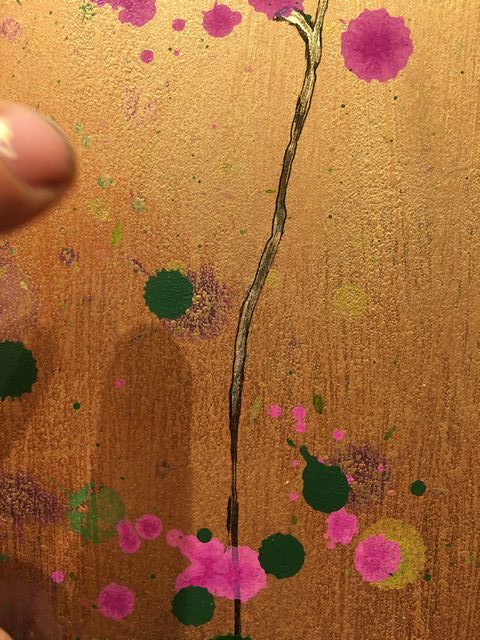 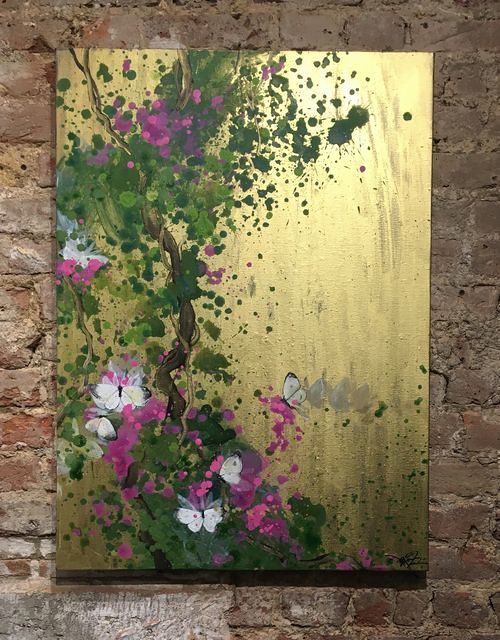 
All round, Xenz has produced a wheelie great show, well worth a spin. (sorry about that!) 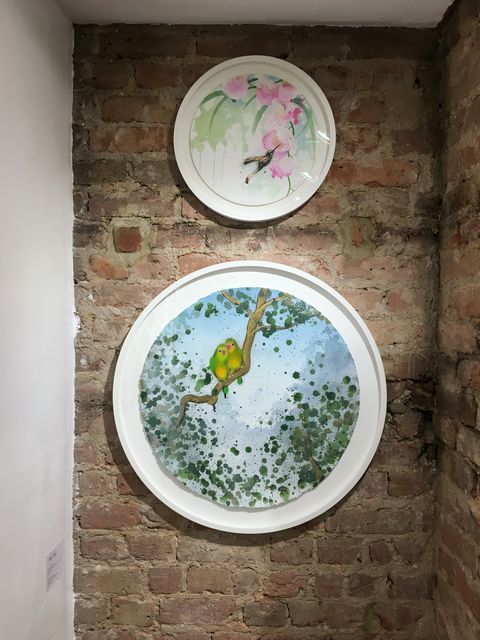 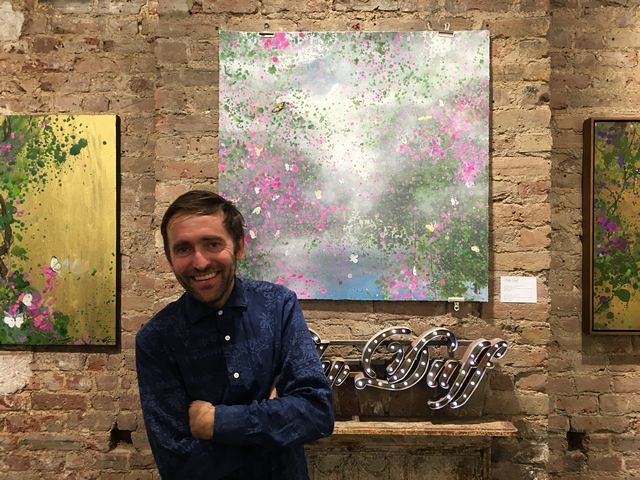 "Round" of applause for this man please

all photos: Dave Stuart (instagram)
Posted by NoLionsInEngland at 23:58