Diggin In The Archives 2

Another seven days of posting photos of street art dredged from the archives. In lockdown you have plenty of time with your thoughts and the wandering mind generates random recollections. Those which stand out lead to a photo being thrust into the limelight. So there was some kind of logical process behind the selection of images from week 3 in lockdown, even if the process is irrefutable evidence of lockdown fever. 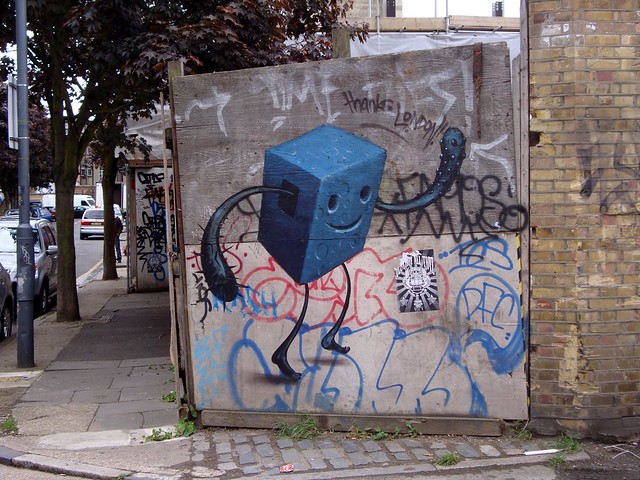 
On the Posher fringes of the Notting Hill - Paddington border this was an unexpected mewsy location full of character. Paul Insect's spider was the size of a small child and provoked the awe of this big child. 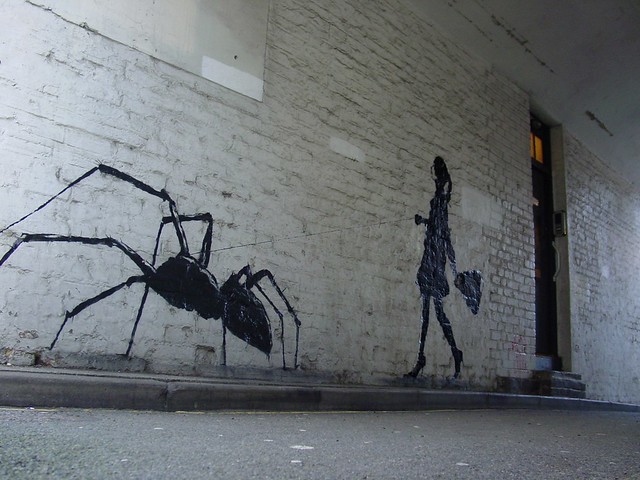 
Vhils was pretty much the star of Cans Festival in 2008, he returned in 2009 and created some awesome art. This pair of portraits in Camden were amazing, the technique is basically removing the hoarding surface, like chiselling or drilling perhaps but quite how the patterned effect on the other portrait was achieved best remains an artistic mystery. 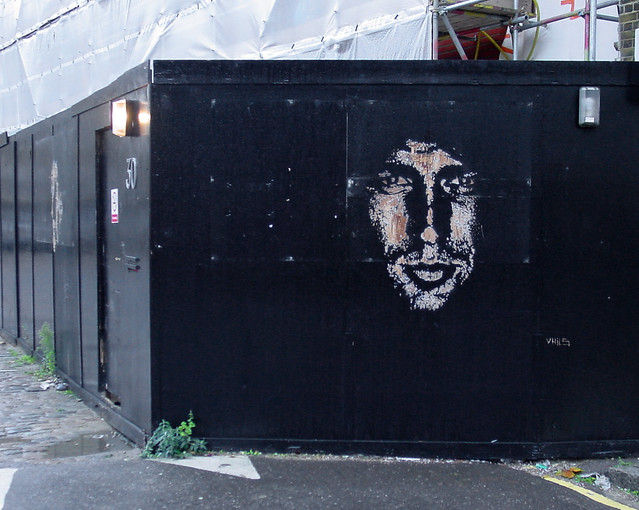 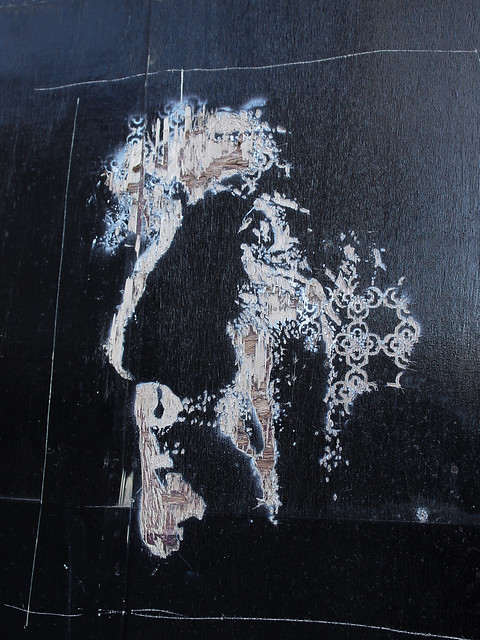 
If interiors designers could replicate the distressed wood effect of 124 Hackney Road it would be in every wooden staircase in Islington - oh wait! Many many lovely pieces of art appeared on this façade at the beginning of the last decade, it is actually sad to see it looking so sterile these days. This collaboration between Ella et Pitr and Macay complimented that surface beautifully. 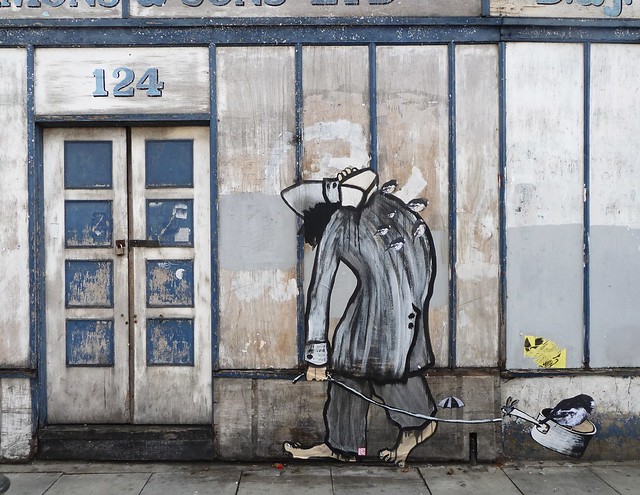 
For many years my mental equilibrium was both preserved and yet shattered by daily breaks from the grindstone for walks with photography companion and art show/drinking/blog buddy Sam Martin aka Howaboutno. Anything could happen and rarely did. One lunchbreak we spotted a pair of traffic wardens about a hundred yards distant, something made us suspect they weren't run of the mill meter maids. Turned out it was Tinsel Edwards and Twinkle Troughton ticketing parked cars with spoof parking ticket/artworks. I still have mine. Bonkers but fun, these days its just charity chuggers and product samples.

Read about the ire they provoked on the streets on Graffoto.co.uk 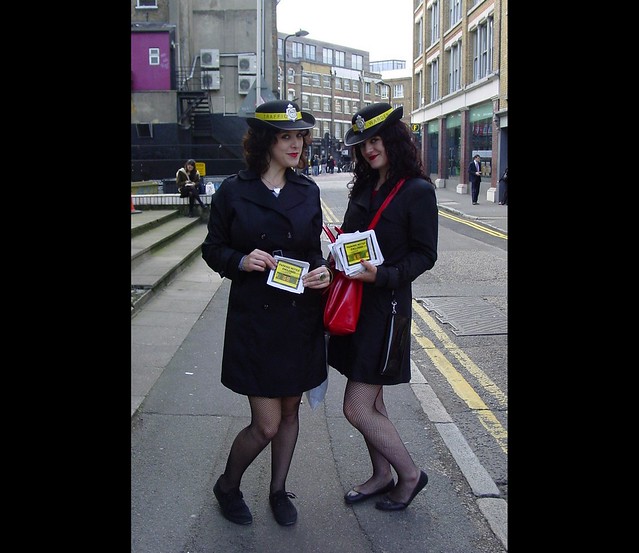 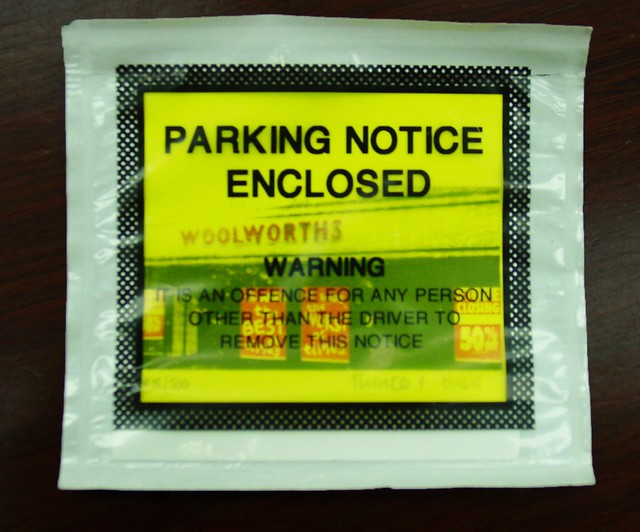 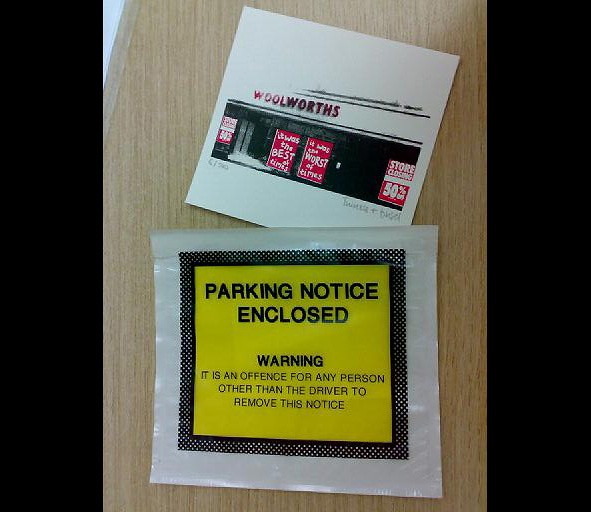 
Is it an armada of invading toaster erupting from a portal or toasters being sucked into a black abyss? It was 2009. The genius of something so banal! You could not help but smile every time you saw Toasters sporting the colours of Wolverhampton Wanderers home kit pop up, except when it was in the away end cos that generally signalled home defeat for QPR. 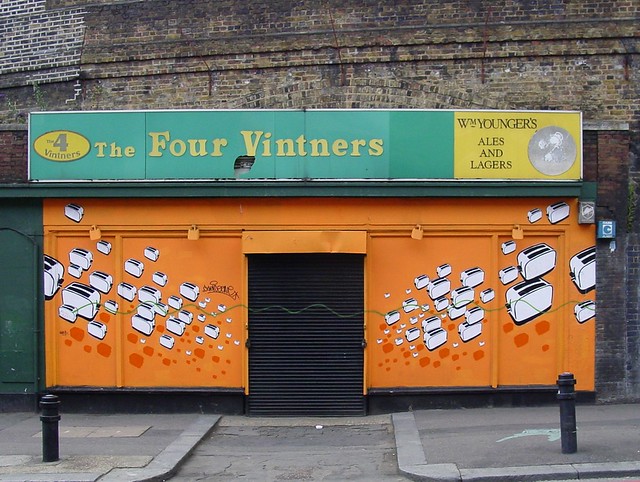 
Phlegm, one of my fav artists, has been doing a very entertaining series of daily sketches of life in lockdown in his own unique style. Yesterday's was a characteristically Heath Robinson bike. 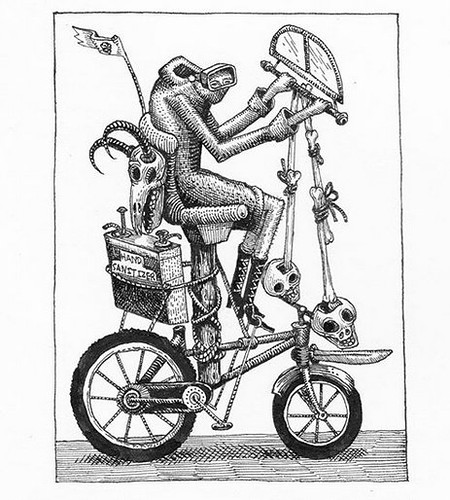 
Here is a couple of photos which “interrogates the boundary” between hipster bikes and street art. "AMAZING" is by Eine from 2009. The dude on the elevated bike which looks like the prototype for Phlegm's drawing must surely have had an interesting time doing emergency stops (2008). In the background is a fragment of Eine’s 2008 EXCITING.

I could have responded to the theme with photos of street art where my bike accidentally encroached on the shot, got loads of those😂 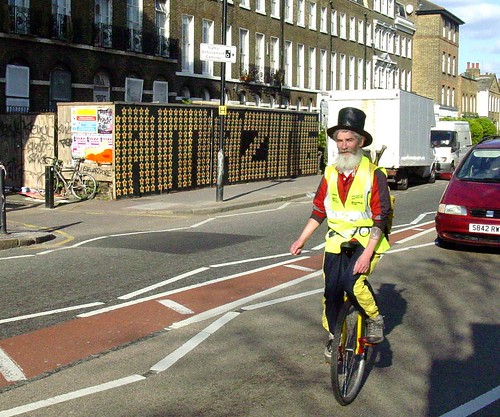 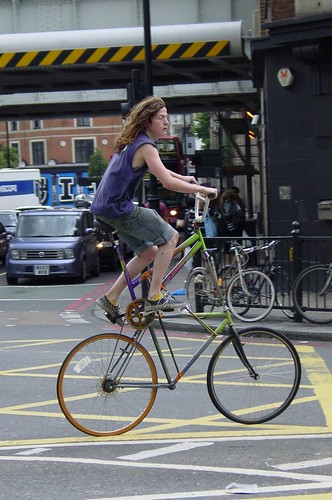 
Art credits and links are by each photo. All photos: Dave Stuart
Posted by NoLionsInEngland at 21:58

Keeps me smiling seeing theses gems..... And now I don't have to get out of my armchair to trawl the streets to enjoy my street art!!!! Keep digging thru that mountain of snaps Dave.... I still want to see the best and worst of Graffoto in a book one day...(The sooner the better!!)

Cheers Mitch. This is "it", I have no intention of adding to the festering swamp of books on the subject

Hmmmmmmm so you are thinking about it!!!