Stef: French Artist Gets Churchillian On Us

England based French artist Stef (also friend of this blog and LINK DELETED) sends a very Anglo-Saxon message to folk in Shoreditch, London. 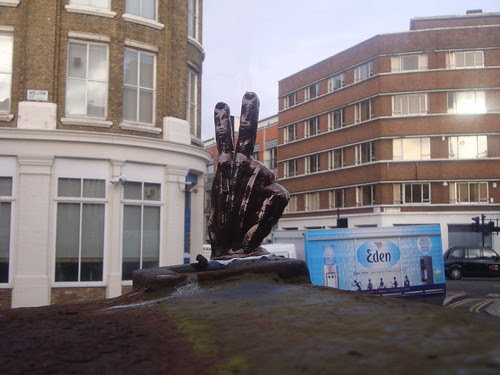 On close inspection, the installation appears to be a glazed twice-fired stoneware hand.

The background is the junction of Willow St and Great Eastern Road where a very large group of people queued to buy street art prints at Banksy printers Pictures On Walls. Stef's message addresses a street response to the rapacious appetite of investors seeking street art for investment value rather than the pure love of the streets. Sadly, some value hunter has already made off with the hand, whoever the low-life is will have a piece which eloquently expresses the feelings of real fans of street art towards the thief. 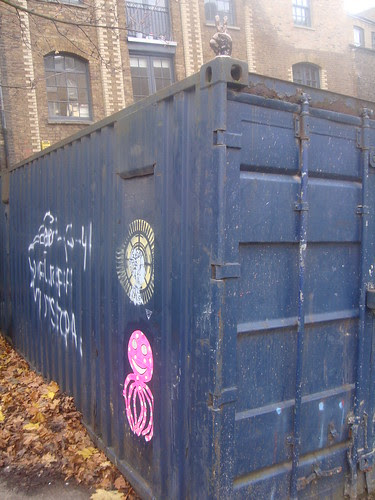 There is irony in the Frenchman's use of this symbol, as flicking the vee originated as an insult aimed by Henry V's longbow archers against the French, after the latter's charming leaning towards amputating the forefinger and middle finger of captured bowmen to prevent them firing bows. And of course, without Churchill inspiring the Brits, German would be language of choice in Paris ;-)
Posted by NoLionsInEngland at 21:36

Email ThisBlogThis!Share to TwitterShare to FacebookShare to Pinterest
Labels: Stef