With most of the leading contemporary galleries present there's bound to be some stuff that will intrugue, impress, mystify, bamboozle or delight any one prepared to pay to go in. 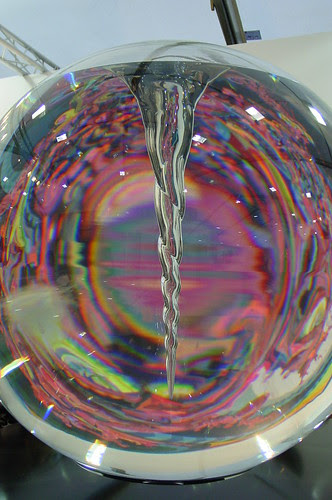 Jake and Dinos Chapman's model scene Das Kaiptal Is Kaput (ya, Nein Dumpkoff) was stunning. This picture, apart from being shite is really a small fragment, not even enough to be dignified with the term "detail". 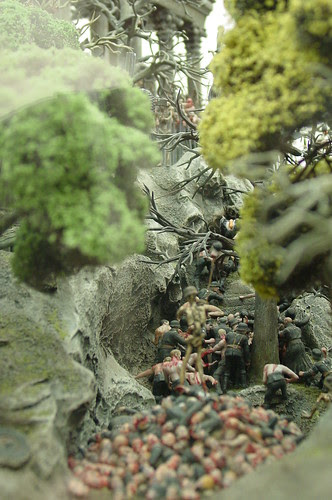 This Chinese artist, whose name was presented in Mandarin script so don't ask me who, did a nice set of photos with contradictory slogans 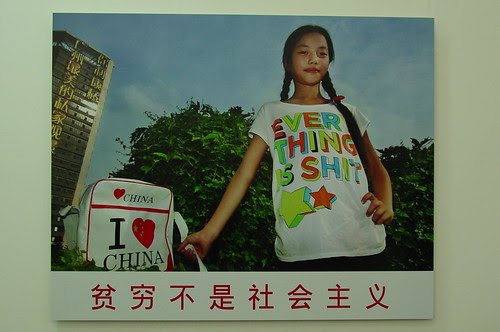 Another cool piece by Thomas Locher 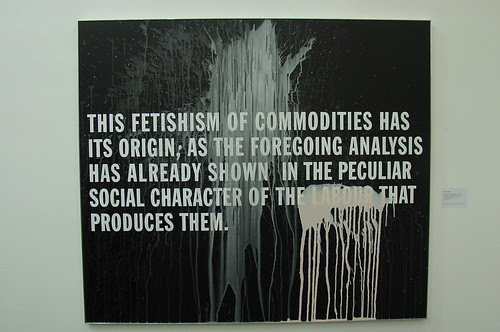 I became momentarily a part of Norma Jean's smoking installation but actually looked like I was having a crap. 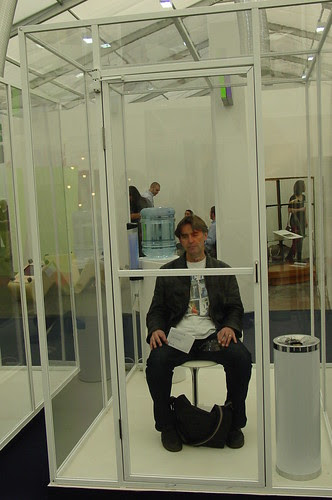