Banksy, the best known living artist, is an enigma with a perverse attitude to celebrity status and personal information. In an age where non-entities share every plate of food, change of eyeshadow and ill-advised swimwear hot, this is this is a major anomaly. 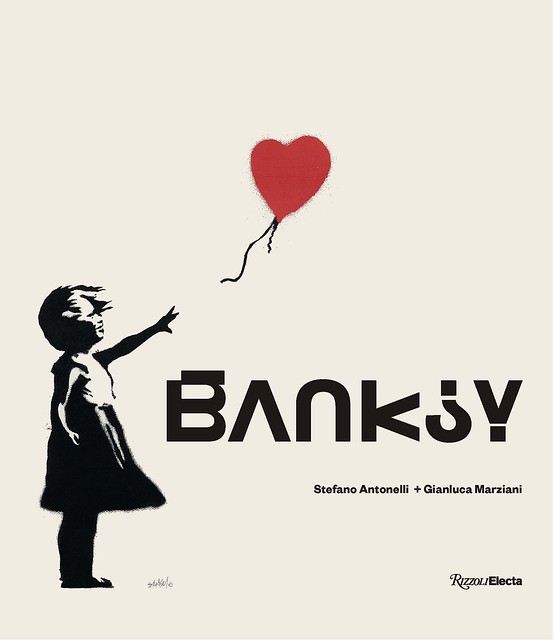 Anonymity and secrecy fuels curiosity so there have been many books about Banksy, though none actually by him since “Wall and Piece” in 2005. The economically titled “Banksy”, Stefano Antonelli & Gianluca Marziani, Rizzoli International Publications, 2022, unauthorised, collects together a significant amount of material addressing Banksy the street artist, the art world darling, the enfant terrible and Banksy the “polite vandal”. 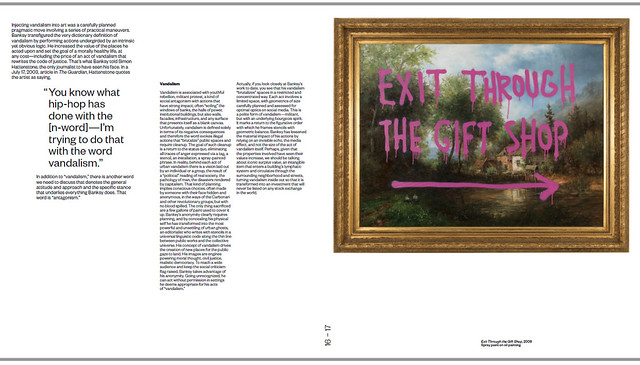 Having two authors lends two distinct dimensions to the book. A significant portion of the book is basically chronological, with photographs illustrating Banksy activity from very early freehand collaborations in Bristol right up to screengrabs of the two videos released by Banksy during lockdown. 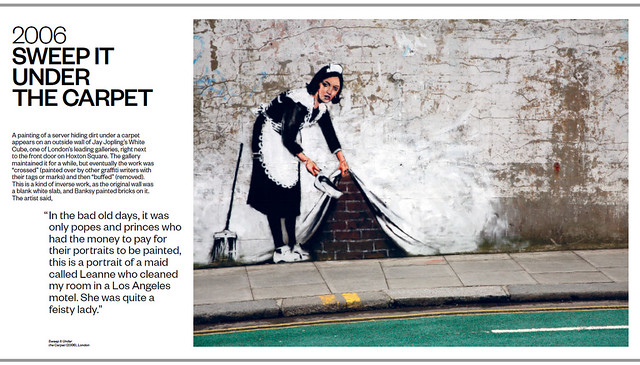 The years 2014 and 2016 are omitted so curiously no references to Banksy’s only known signed confession (Mobile Lovers) and his use of a QR code in 2016 to link the Gassed Cosette street image opposite London’s French Embassy to his underlying humanitarian political point.

The second and perhaps more interesting aspect is the philosophical, art history and political analysis which are covered with far superior writing quality. Perhaps I am too easily impressed when I have to google the words. The book makes a strong case for Banksy as a serious and art-world credible artist, something art critics are often inclined to deny. 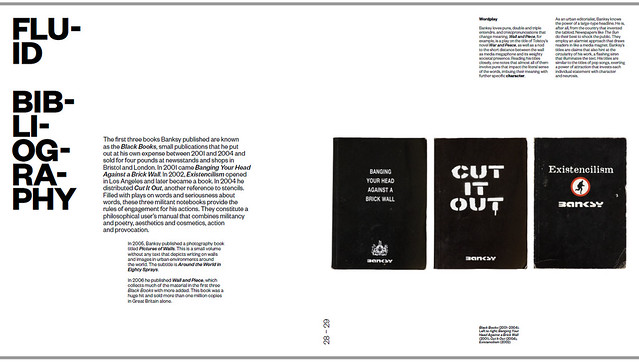 The one thing no one wants revealed is thankfully not addressed in any great depth. The authors simply acknowledge the oft-repeated un-confirmed guess from the Telegraph years ago, seemingly on the basis that prior repetition by enough other people provides validation. The car park attendant in Weston Super Mare must be gutted. 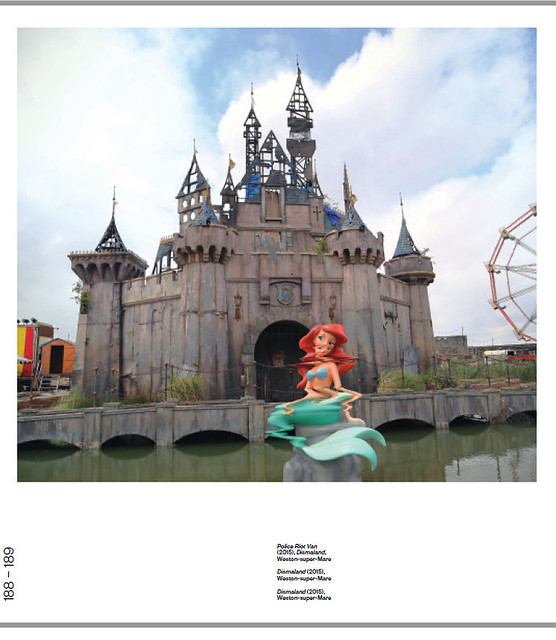 Some cultural nuances are strangely overlooked such as in the dissection of the title of Banksy’s last book, there are cross references to Tolstoy’s “war and peace” and a tricky allusion to a wall as a source of social media output (me neither) but Banksy’s key joke that to a graffiti writer, a “piece” is a complex multi-colour graffito is not mentioned at all.

There is an excellent Banksy mind-map placing Banksy in context between street art and graffiti with a stream of influences and effects. Many similar graphics exist such as Cedar Lewisohn’s hand scribbled 2008 street art mind map, they are endlessly fascinating and never easy to agree 100% with, this is the first I have seen regarding Banksy and the authors have done a great job with it. 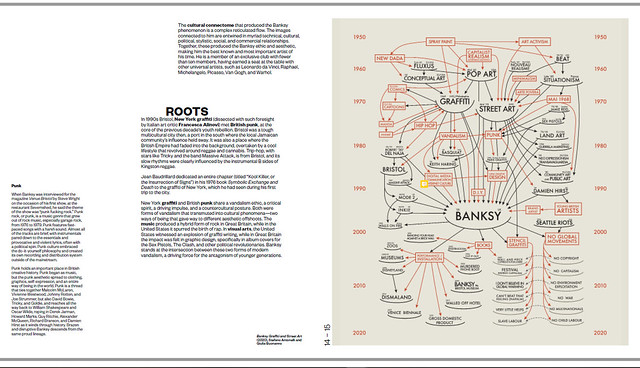 The book would have benefited from more careful fact checking with errors in dates slipping through and even one artwork not by Banksy but is not attributed to anyone else either.

There is always room for another Banksy book in the market. The passage of time provides perspective on Banksy’s earlier career and as long as he remains active there is scope for updating on his latest twists and subversions of the act of creating and disseminating art. Its range of photographs earns it its position on the bookshelf of the Banksy curious and the in-depth analysis will provide food for thought for the die-hard fan base.

Posted by NoLionsInEngland at Sunday, July 31, 2022