I haven't seen any comment anywhere else so I am begining to wonder if I am reading too much into the letters in the tunnel! Anyway, without doubt the Cans tunnel has a Hunt The Thimble game involving each letter of the alphabet, I have only found 23 - could someone return the E, the F and the G please.

[edit: the following comment kindly provided by Copyright on flikr photos: "some of the letters were painted early on, as relatively small peices over old work, as the day went on and more artists turned up, a few of the letters got painted over by bigger pieces."] 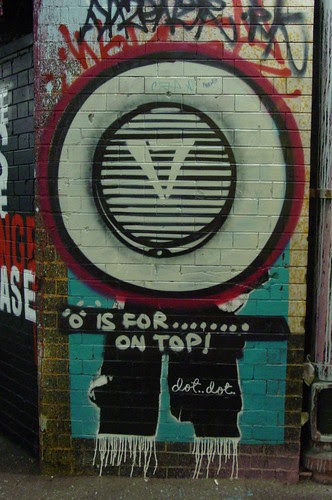 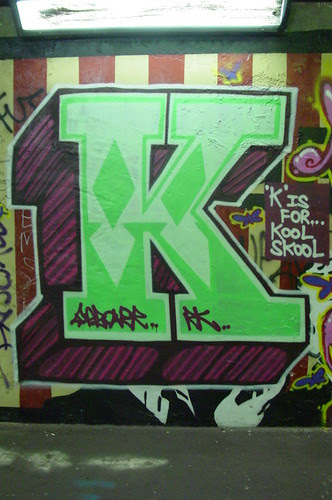 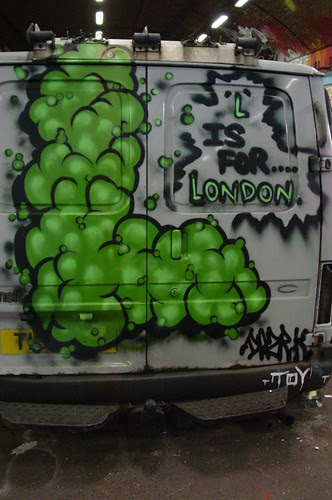 The full set of letters (except, dammit, the missing ones) are in this flickr set here

London's legendary and elusive NoNose was obviously in the tunnel today judging by the flotilla of flourescent sputknik potatoes (yes - there is an e in the plural) and the dayglo ciabatta. 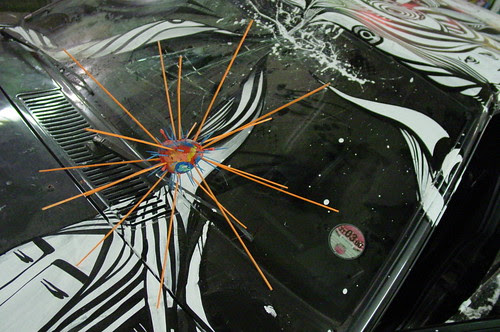 The NoLions brat pack decided that the SweetToof (pic in the post below this one) has one bad tooth and is changing it for a good tooth. Perceptive little blighters, but that won't help them when I send them up the chimneys.

Cans Festival - the first preview night visit
Cans Festival - Let Us Spray - what went on in Banksy's pet project, the public access spray zone
Banksy, No Lions, Eelus Group Show - Banksy wanted anyone apart from artists to take up stencilling, we accepted the challenge
Cans Festival - One More Sniff - How the Cans wall art evolved in the first month or so after the event
Cans Recycled - First Peek - An un-scheduled sneak peek at the second version of Cans Festival when the tunnel was closed for a few days.
Cans Recycled Opens - Like it says on the tin
Alphabet Soup - The Cans 2 Letter Hunt - A Rarekind of letter game played at Cans Recycled
Cans2 Recycled Revisited - more.
Posted by NoLionsInEngland at Sunday, August 24, 2008